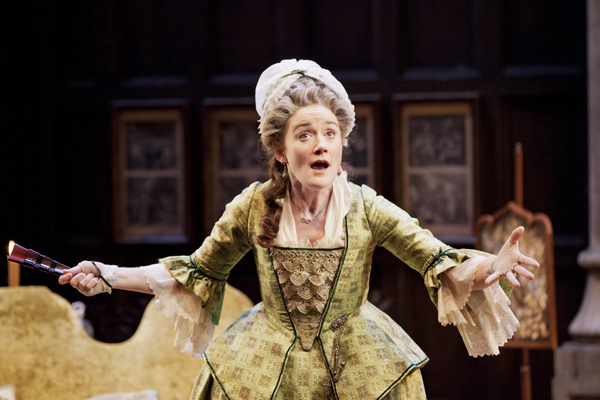 Pretending to be something you’re not for affection is a pretty constant thing in society, and that's exactly what the coming-to-age upper-class Kate does in She Stoops to Conquer. She goes the opposite direction from the norm — pretending to be poor, so a wealthy Londoner takes notice of her. The problem with her suitor, Charles, is that he can't talk to women in his class because he becomes nervous, but he's quite the opposite around the lower-class ladies. Kate plans to pose as a maid when Charles visits, but a wrench is thrown in the plan when the suitor gets lost and ends up at a pub. He unknowingly meets his sweetheart-to-be's brother, who has a little practical joke up his sleeve. The play screens live from London at The Michigan Theater on Wednesday, April 11 as part of the National Theatre Live series. 7pm. Students $12, adults $22. Michigan Theater, 603 E. Liberty St. 734-668-8463. www.michtheater.org