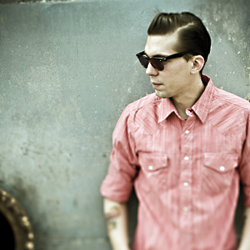 Justin Townes Earle is probably the best bridge Americana music has connecting its past and future. His finger-picking style pops with that old-timey grit, keeping alive the spirit of the dust bowl troubadours, while his soulfully-charged vocals and ever-changing arrangements charge forward. And at 30, he’s already kind of an elder-statesman; he began playing with his father, Steve Earle, before he was a teenager and has already dropped five albums of his own.