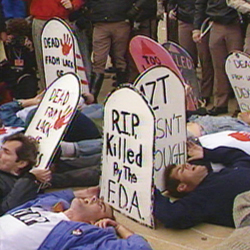 Sometimes the government needs a swift kick in the ass to realize a serious social issue is, in fact, a serious social issue. Unfortunately, in the early days of the AIDS epidemic, our government seemingly didn't want to deal with the deadly virus. The documentary United in Anger — which screens at the Michigan Theater on Thursday, December 6 —chronicles the activist heroes, spanning every race and class, that united to form ACT UP (the AIDS Coalition to Unleash Power) that, quite literally, saved thousands of lives. Free. 5:10pm. Michigan Theater, 603 E. Liberty St.