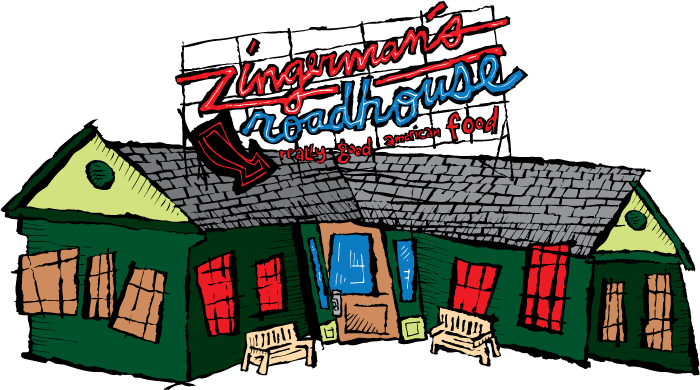 Speaking of big things happening in the Ann Arbor food and bev. scene, because there seems to be a lot of it this spring, one of the city’s biggest players in the restaurant community, Zingerman’s, is saying farewell to Chef Alex of The Roadhouse next week. Co-owner and founding partner, Ari Weinzweig took a few moments away from sourcing cheese in Parma to discuss what this change in leadership will mean for the westside’s hotspot and if any changes to the menu or venue will come of it. Hint: nope.

“Well, on the one hand it’s a big change. Alex has been a partner at The Roadhouse from the get go.  He has very strong culinary skills. Like all skilled, strong leaders he’ll be missed,” Weinzweig admitted. “That said, a healthy organization functions well even when a key piece is removed. Others rise and do more.   People step up in new ways. And often, with all due respect to those who move on, things actually improve. I believe that would be true if it were me or Paul leaving as well.  And I believe it will happen now at The Roadhouse. there’ll be some bumps, of course, but it’s a restaurant – there are always bumps.”

The Roadhouse, much like any tried-and-true A2 food destination, is known for its astoundingly delicious and well-crafted menu. But with a change of leadership in the kitchen, there is always the fear of change to kitchen offerings, right? Not this time. According to Weinzweig, things will continue as they have. He credits that to the long-time employment of so many team members at the restaurant and their familiarity with the menu and operations.

“Other than not seeing (Chef Alex) there, I don’t believe there’ll be a big noticeable change,” he said. “We have a lot of long time managers – many have been there over a decade – and they have for many years really been running their departments well. They’ll probably see me there more, though if they’ve been coming in the evenings they’ve been seeing me on the floor there every night for years. I enjoy working there and I like being in the restaurant. I’ll miss working with Alex, but I also enjoy working more directly on menus, specials, training, teaching, etc.”

So who will take on the role of “chef” in The Roadhouse kitchen? Well, a lot of people. Weinzweig said that although he will be filling the formal role temporarily, it is the fantastic team that is already in-house that are really making the wheels turn.

“Bob Bennett has been at The Roadhouse since we opened and has been running the kitchen for many years and that will continue. Lisa Schultz, who runs the dining room, and her top assistant Elsha Chapman, have both been there over ten years and will continue to do good work there. So the direct answer is there won’t be anyone ‘formally’ filling the role that Alex had as managing partner right away. I will fill parts of it, and the management team will have the opportunity to grow and take on more prominent leadership roles. The agricultural work to grow the produce for the restaurant will continue apace. Mark Baerwolf who’s been farming the land since the beginning will continue to do that. We’ve already gotten in the first lettuces of the season!”

So put your minds at ease and your forks in hand, Zingerman’s fans, as The Roadhouse begins its newest chapter. After all, with Camp Bacon on the horizon, it’s undoubtedly going to be a fabulous spring.