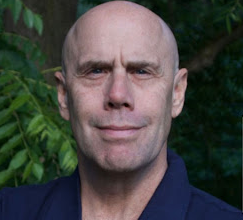 On Nov. 18, Ken Magee, an author, local historian, and collector of Michigan memorabilia, will present his book “The Ultimate Michigan Football Program and Ticket Guide” at the Ann Arbor District Library (AADL).

This book is six and a half pounds, 600 pages, and includes 2,500 color photographs, which Magee says took him close to 40 years to complete.

This dedication to Wolverine football is evident in the book’s introductory letter, written by the late President Gerald Ford, who also played football for The University of Michigan.

“I was a federal agent, signed overseas in the mid-90s. And I got hold of the head of the Secret Service for President Gerald Ford’s protection detail. Gerald Ford played football for Michigan in the early 30s. I got in touch with the President, communicated my idea of doing this book, and asked him to write an introductory letter. I was very excited that the President said yes,” said Magee. “On page three of the book, you can see my letter from President Gerald R Ford on presidential stationery, dated 1999, wishing me luck on the collection. The President passed away about 16 years ago, as well. So that tells you how much I’ve been thinking about the book. Brian Schneider and I teamed together and got a lot done in the last two years to get this and bring it to fruition.”

In this presentation and book, fans can expect to see several historic game programs, including a program from 1881, covering the fifth game in Michigan football history.

During this presentation at the AADL, Magee’s memorabilia will explore topics such as American racism, the great depression, and the assassination of John F. Kennedy,

While examining the unique nature of these programs, this book explores the parallels between game dates and how they coincide with these significant American events.

“Life in history is constantly changing and metamorphosing into other things. I realized, holding these items, that I was holding history,” said Magee. “I learned much from the civil rights movements, world wars, acts of terrorism, and heinous crimes such as 9/11, the economy, and strife within our country regarding the depression. It was all because of Michigan football where it sunk in.”

At age 64, Magee, who ironically attended Michigan State University, began collecting Michigan memorabilia at age five after attending a Wolverine football game in 1963. Magee says he wants to use the history of his memorabilia to point out the beauty, nuances, and the history of each item.

“This is a ticket stub to the 1898 Chicago game,” Magee said while holding up a laminated ticket stub. In this game, Michigan defeated Chicago, and this ticket cost $2. Michigan was supposed to lose that game, but they ended up defeating the mighty Maroon of Chicago. And a gentleman by the name of Louis L. Bell wrote a song while taking the train ride back to Ann Arbor. And that song was called “The Victors.” It’s because of that game and this ticket stub we have “The Victors,” Magee said.

Ecstatic about his upcoming presentation at the AADL, Magee states that he’s simply a fanatic for Wolverine football.

“My brother collected Detroit Tigers baseball cards, so I started collecting Michigan football memorabilia,” Magee said. “I’d walk around the stadium at the end of the game and pick up discarded programs and ticket stubs. Then hang out by the tidal tunnel, and when players would come out of the locker room, they’d walk out of the tunnel, and the players would give us chin straps, or their sweat bands or something like that. We just loved Michigan football as kids and still do 60 years later.”

If you want to learn more or purchase “The Ultimate Michigan Football Program and Ticket Guide,” you can purchase the book at www.UMichfootball.com.