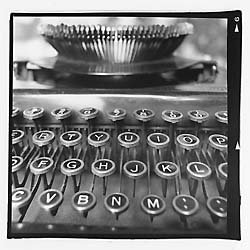 Curernt’s annual summer poetry and fiction contest grows each year, and has become one of the events our-staff is most excited for. Washtenaw County has  untapped great writers, eager to be published. Deciding this year’s winners was a challenge. In 2013, we updated the contest, asking for [Twitter poems restricted to 140 characters] and [Flash Fiction, which is limited to only three sentences]. Aspiring writers had to be fast and furious with their words. Enjoy.

One of these statements
is false.

We can’t both be

Let's do the time warp again!

Captain Jungling brought his rocket-powered space suit to the edge of the black hole's event horizon. Shifting his mass forward even one micron would send the cosmic daredevil inexorably downward to a singularity of doom. As atom after atom of himself began departing, he thought how supremely unfortunate it was to become aroused during stunts. Jake Christensen

It was a beautiful summer sunrise in the mountains. An instructor and student were preparing to paraglide by running off the mountainside into clear blue sky. After they landed, both felt peace as they went on about their days, sharing it with everyone’s eyes they met. Heather Mooney