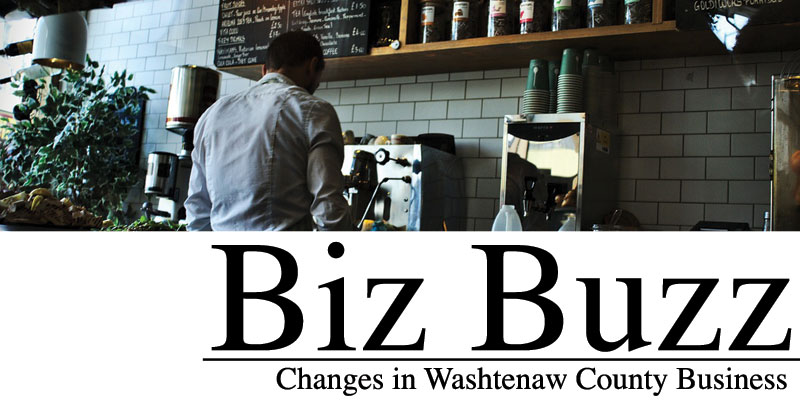 Friend’s Closet is the name of the store, cleverly named for when people ask where you got your Space Jam T-Shirt. A new colorful 90s clothing store in Ypsi.

Pizza Pie A new pizza joint has opened on Liberty—in the former Borders building. The best part of Pieology Pizzeria? Flat rate 11.5 inch pizzas, small pies for $7.95, no matter how many toppings you desire.

The former Jerusalem Garden space has been taken over by a temporary restaurant, serving Thai street-food. Katoi in Exile is the name of the pop-up, which will be open through the summer. Thursday through Saturday.

Mark’s Carts has lost a tasty member. The owners of Old Carolina Barbecue have decided to close up the cart that held a spot at the popular food cart destination for the past year. Don’t fret, you can still get the same old BBQ goodness from the Cranbrook Shopping Center.

The former Great Lake’s Chocolate & Coffee spot is now occupied by The Songbird Cafe’s second location. This “grab-n-go” location offers the same specialty coffee and breakfast sandwiches, along with a lunch menu and expanded baked goods menu, as the Northside Ann Arbor location.

And it’s getting one this coming Fall.  Spencer is a restaurant and cheese bar, born from a partnership of two former Zingerman’s employees, Steve Hall and Abby Olitzky. The restaurant will take pride in offering seasonal produce in the wintery off-season. Hall is an award winning cheesemonger, and will be the foodie behind the gourmet cheese bar.