These five locals help make the theater world go 'round

By the time the house lights dim, and the spots and footlights begin to glow, weeks and months of planning and rehearsals have been setting the stage, and many people have spent countless hours preparing to present the few hours of magic we know as live theater. Here are five of those people — some with leading and supporting roles, and others behind the scenes. 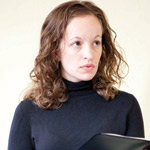 is Marketing and Public Relations Director at the Purple Rose Theatre. She promotes the Theatre’s plays, creating ads, posters and programs, and interacting with the media. Recently she’s been working with Detroit Public Television to create short preview videos for the Theatre’s web site. “Knowing that thousands of people will see my work adds a level of pressure and excitement I have not experienced in previous jobs or projects (whether personal or professional).” Like many in theater, Bennet wears a number of hats. She’s also an actress, and co-teaches most of the teen classes offered at the Theatre. 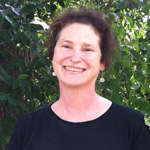 is a Lecturer at the UM’s Residential College and directs several student plays there every year, but she is probably best known for her work as director of Shakespeare in the Arb. The highly popular annual tradition began in 2001, with the Bard’s plays taking over the favorite Ann Arbor summer hang out spot every weekend in June. “I love being able to help the community see the Arb in a new way,” says Mendeloff. “I am so grateful for the privilege to make the Arb my creative canvas.” 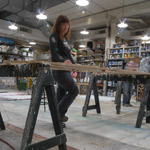 is the Charge Scenic Artist and an Adjunct Lecturer at the UM. She’s “responsible for putting paint on ten shows each year, while also serving as teacher and professional mentor to students.” Auletti also designs and paints sets for many other theatre organizations, including Wild Swan Theatre, the Purple Rose Theatre and Encore Theatre. This fall she’ll be painting the sets for the University’s production of Sunday in the Park with George, the back-story of George Seurat’s famous pointillistic painting. Auletti says, “The tools I paint with will have to make dots and splots of paint.  I know it’s going to be a blast.”

has written more than 40 published plays, which have been performed over 3,000 times in more than 30 countries. Recently he’s become an Associate Artist at Chelsea’s Purple Rose Theatre. The Theatre produced the world premiere of his White Buffalo last season and will present his new comedy, Miles and Ellie this coming season. Zolidis says, "I feel like I've truly found a theatrical home that understands my vision and is located in a community that loves to go to the shows.” 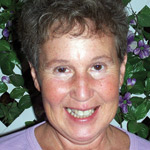 who co-founded Wild Swan Theatre in 1980, has acted in many of the Theatre’s productions for children, but she’s also worked in adult theater. This season she’ll appear in the Purple Rose’s Superior Donuts. “For kids,” says Ryder, “I rely on my skills in mime and storytelling. I magnify the moment – play things just a little bigger – really physicalize the characters. An adult play has different challenges. The content is often more complicated, and living the truth for that story requires delving deep into your emotions and places/memories that might be harder to access.”