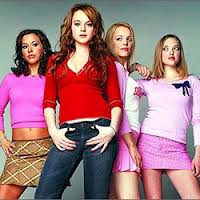 By now I’m assuming that we all have heard the story of Manti T’eo and his made up girlfriend. Yet, here it is told again in a simple language we can all try to understand–Mean Girls quotes.

Ohio According to the Internet

For years, each section of Ohio has tried to maintain it’s greatness over all other areas of Ohio. Cincinnati and Cleveland have sports to back their theories up, Columbus has its statistics on growing numbers and its art scene and Toledo has Tony Packos. Here is a graph that breaks Ohio down as though it’s the 13th Century.

The star and occasionally writer of NBC’s “Parks and Recreation,” Amy Poehler, is writing a book that will publish in 2014. Poehler’s currently untitled book is described in a statement by publisher It Books as “an illustrated, nonlinear diary full of humor and honesty and brimming with true stories, fictional anecdotes and life lessons.”