After more than a year since its live, in-person concert, the University Musical Society (UMS) announces its 143rd season. The season will run from November 2021 through April 2022, making it a smaller season than usual.

In addition to presenting world-class performances, UMS will offer unique and engaging ways for audience members to connect with the artists on stage. UMS will have a robust offering of education and community engagement activities, which will be announced in the fall.

“Of the many things we’ve learned and come to understand in this past year, one is that in times of crisis, the arts remain vital to our existence as human beings,” says UMS president Matthew VanBesien in a press release. “They are a constant in our lives and create joy and hope, even in times of despair, injustice, and loss. And while none of us ever imagined that we’d be looking forward to our 143rd season in the same way that we might celebrate a milestone anniversary, we are all looking forward to returning, to restarting, to reconnecting, and to rejoicing with our audiences and artists once again.”

The 2021-22 season will include a suite of programs featuring Artists. This seasons lineup includes:

Season ticks will go on sale on Monday, May 17. Tickets to individual events will go on sale to the general public online, in person, and by phone on Tuesday, September 7. For more information about the upcoming shows, check out the UMS website. 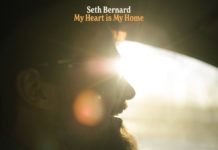 Album Review: Seth Bernard’s ‘My Heart is My Home’