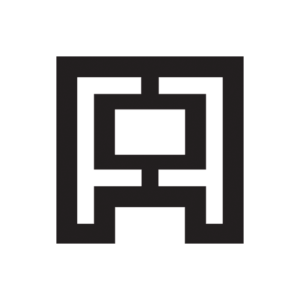 This year’s online format offers different options for viewing the work. Feature films and special programs are available on-demand throughout festival week and beyond until March 31, to be viewed at any time, with pre-recorded filmmaker discussions. Short films in competition and juror programs will have an initial live screening, with audience-participatory Q&As following each program. These shorts will then be available on-demand until March 31. Attendees can interact and discuss films throughout the week in the AAFF’s first virtual lobby.

In the Screen!
In addition to film screenings, the AAFF’s In the Screen! (ITS!) series, formerly known as Off the Screen!, presents salons, performances, and after parties. There is also a virtual online gallery created in partnership with Saganworks and physical storefront installations throughout Ann Arbor that expands the festival’s offerings. These events are free and open to the public unless otherwise noted. 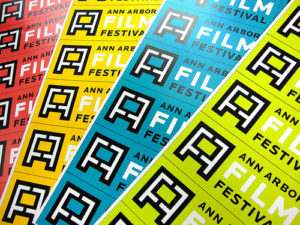 There will be a world premiere of Yana Ugrekhelidze’s debut feature documentary, Instructions for Survival, in which Alexandre’s transgender identity means he is obliged to lead a life of secrecy in his home country. Ugrekhelidze’s animated film Armed Lullaby won a Jury Award at the 57th AAFF in 2019.

Films in Competition 8: Out Night launches on Thursday, March 25, 2021, at 7:30 p.m. EDT. It is the 20th celebration of LGBTQ+ cinema at the AAFF and was programmed by Sean Donovan, a doctoral student in the College of Literature, Science, and the Arts (LSA) at the University of Michigan

Films in Competition 11: Animation launches on Friday, March 26, 2021, at 7:30 p.m. EDT. It remains one of the most popular programs of festival week

Special programs of curated films not in competition at this year’s festival include:

The artists in this program peer into layers of consciousness, create portraits without faces, detail the ways white supremacy attempts to oppress internally and externally, celebrate resistance to colonial forces, and present the tenderness of a personal archive.

CYCLE 0: Curated by the collective COUSIN which provides support for Indigenous artists who expand traditional definitions and understanding of the moving image by experimenting with form and genre. This program peers into layers of consciousness, create portraits without faces, detail the ways white supremacy attempts to oppress internally and externally, celebrate resistance to colonial forces, and present the tenderness of a personal archive

Object (im)Permanence: Curated by Andrew Robbins and Kai Tillman, the program features an eclectic mix of experimental films made by trans, Two-Spirit, nonbinary, and gender-nonconforming artists that offer aesthetically innovative meditations on intersections between art, politics, and embodiment.

Sylvanie Tendron: Everyday Obstacles: Curated by Julie Tremble. Tendron was the first artist to undertake Vidéographe’s research residency for Deaf artists, curators, and researchers. She explores the relationship between audism and feminism. Tendron has carried out residencies and presented her work in Bolivia, Morocco, Vietnam, France, and Quebec. She lives in Toulouse, France.

Jurors and Awards
The festival’s three invited jurors this year are Thorsten Fleisch, Lynn Loo, and Sheri Wills. Each juror will present a program of work at 1:30 p.m. EDT, with Wills presenting on Wednesday, March 24 here; Loo presenting on Thursday, March 25 here; and Fleisch presenting on Friday, March 26 here. These programs are free and open to the public. The jurors will review all films in competition and bestow 22 awards consisting of $23,000 in cash and in-kind prizes.

Tickets and Passes
Passes for the 59th AAFF are now on sale and include access to all the festival’s programming including over 100 films in competition, juror programs, special programs, salons, expanded cinema performances as well as Q&As with the filmmakers.

Tickets for each event will be available as a sliding scale with a suggested price of $12 and a minimum of $2 per ticket (The $2 minimum covers platform fees). The tickets and festival schedule are now available here.

How to Fest
Answers to FAQs and a viewer’s guide for how to experience the 59th AAFF are on the How to Fest section of the AAFF website.

About the Ann Arbor Film Festival
Founded in 1963, the Ann Arbor Film Festival is the oldest independent and experimental film festival in North America and is internationally recognized as a premier forum for film as an art form. The AAFF receives about 3,000 film submissions a year from more than 70 countries and serves as one of a handful of Academy Award–qualifying festivals in the United States. The AAFF is a pioneer of the traveling film festival tour. Each year the touring programs visit more than 35 theaters, universities, museums, and micro cinemas around the world. The 59th Ann Arbor Film Festival takes place March 23–28, 2021. For more information, please visit aafilmfest.org, and be sure to join AAFF on Facebook, Twitter, Instagram and Vimeo.

Major AAFF Partners and Foundation Support
AAFF gratefully acknowledges funding from and partnerships with the Michigan Council for the Arts and Cultural Affairs, which encourages, initiates, and facilitates an enriched artistic cultural and creative environment in Michigan; the National Endowment for the Arts, an independent federal agency that funds, promotes, and strengthens the creative capacity of our communities by providing all Americans with diverse opportunities for arts participation; and a2Tech360, which promotes the Ann Arbor region as an area of innovation and creates connections between entrepreneurs, researchers, investors, businesses, educational institutions, nonprofits, job seekers, and the general public to generate discussion, ideas, and new opportunities.