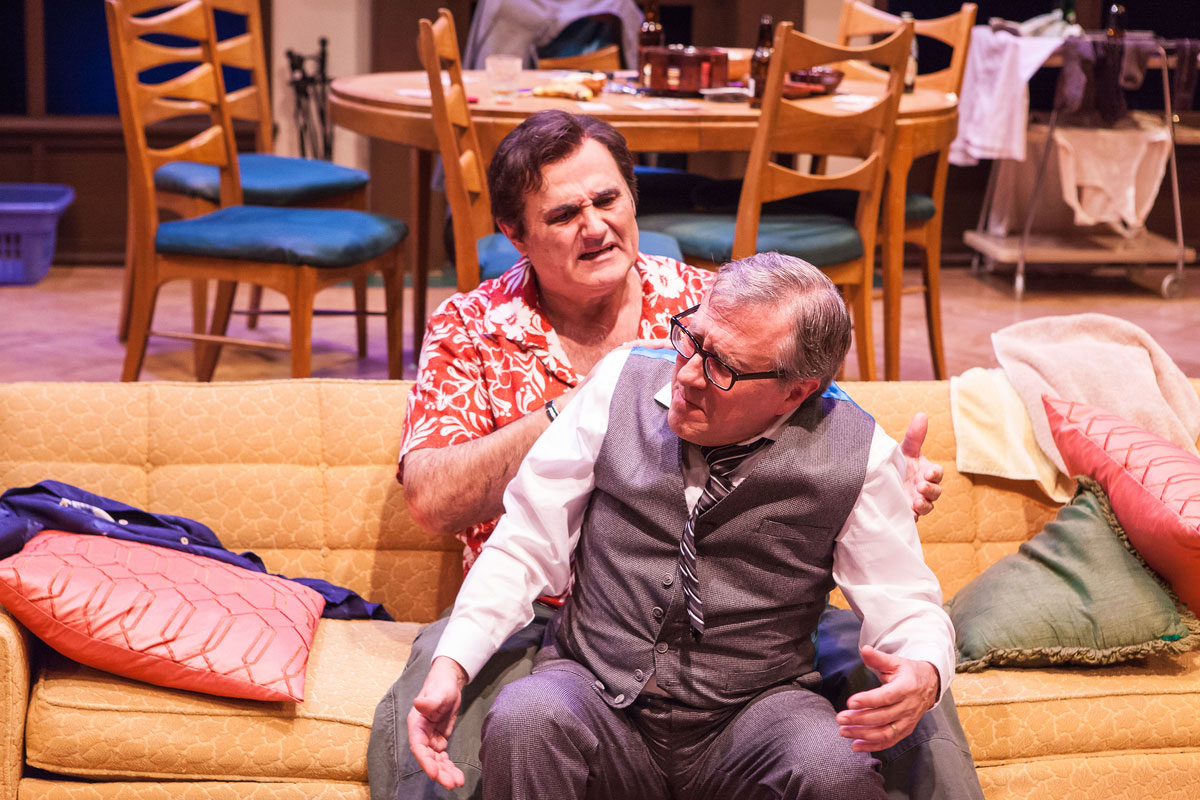 The Purple Rose Theatre is wrapping up the start of their current season with the ever-popular Neil Simon play, The Odd Couple. The play first opened on Broadway in 1965 and was soon followed by a highly successful movie version.

Guy Sanville, the Purple Rose’s longtime Artistic Director, will temporarily vacate his customary director’s chair to take on the role of Oscar Madison, the sloppy, easygoing sportswriter, while Lauren Mounsey, who has worked at the Rose for the past three years, first as an apprentice, then as an actor and also as a playwright, will make her professional directing debut with this production.

Current: You’re way too young to have seen the movie when it first came out. Have you ever seen it?

Mounsey: No I haven’t.

Sanville: Which is one of the many reasons we wanted her to direct it. I wanted the show to be directed by a woman and I wanted particularly someone younger, someone who wasn’t familiar with the movie.

Mounsey: People have asked me if I’ve seen the movie, and is it going to be like the movie. Really how we work here, we hire actors and we trust them, we want to see what they bring. We don’t want to try to recreate something, that’s not what we’re in the business of doing. I really like the play, and I think everything that you need to know for a play—a good play—is in the play.

Sanville: It’s been around for fifty years because it’s a great play; it’s stood the test of time. It’s a peculiar thing about American criticism that if a lot of people like something it can’t be any good. That’s certainly been the case with Simon a lot. The Odd Couple is a really great play, Barefoot in the Park still holds up, Chapter Two, Brighton Beach Memoirs, Biloxi Blues, these are all great, great plays. I think a lot of people miss the boat with Neil Simon because he writes tragedies that have happy endings, and I think they’re better when you play them that way.

Sanville: Both these guys have broken hearts. In the first scene Oscar has a conversation with his son. You get these little glimpses. I think Oscar is just as wounded as Felix is, but maybe he’s a little more adept at covering it up. The mix of heartbreak and humor is extraordinary. That’s the kind of comedy we like here. We’re treating it just as seriously as anything else we do here.