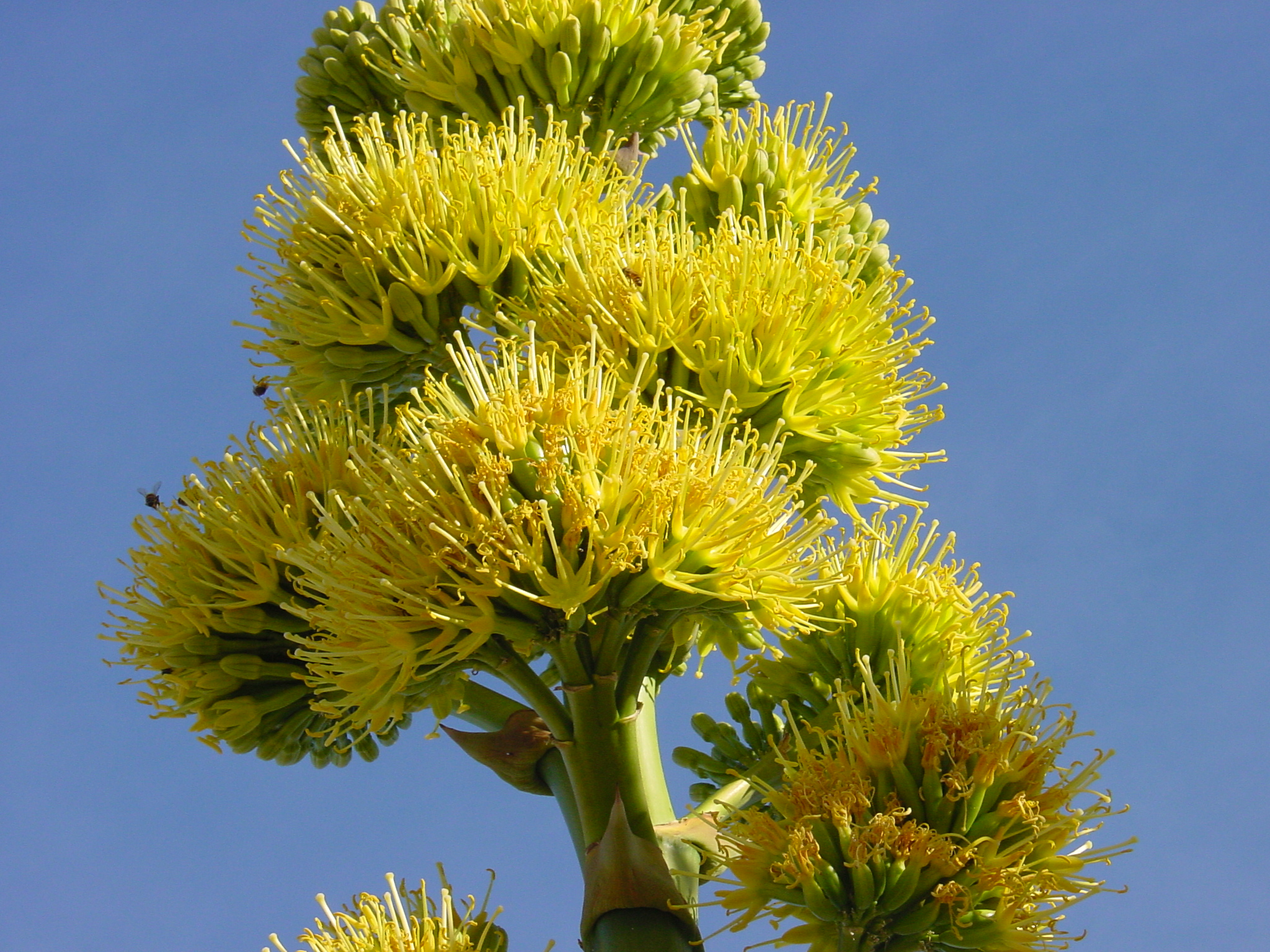 A once-in-a-century event is taking place right now at Matthaei Botanical Gardens. The Agave americana, an 80-year-old American agave plant, oft referred to as a ‘Century Plant’, and resembling a giant asparagus stalk (over 25 feet tall!), is in bloom for the first and only time.

Horticulture Manager at the Matthaei Botanical Gardens, Michael Palmer explains the plant’s history: “This agave was collected in 1934 on a U of M expedition in the locale of San Luis Potosi, Mexico” by Alfred Whiting, who later “went on to become a well known ethnobotanist. Though flowering is more common in the southwestern US, in its native range, the conservatory makes it possible for people of all ages to see, without traveling to the desert!”

The U of M agave should continue to bloom for 2-3 weeks, and then parish. But Palmer reassures enthusiasts, “The plant will most likely make pups or plant-lets on the flower stalk. These are tiny replicates of the mother plant and can root and grow into an identical plant—a clone.” Another plant for another century. 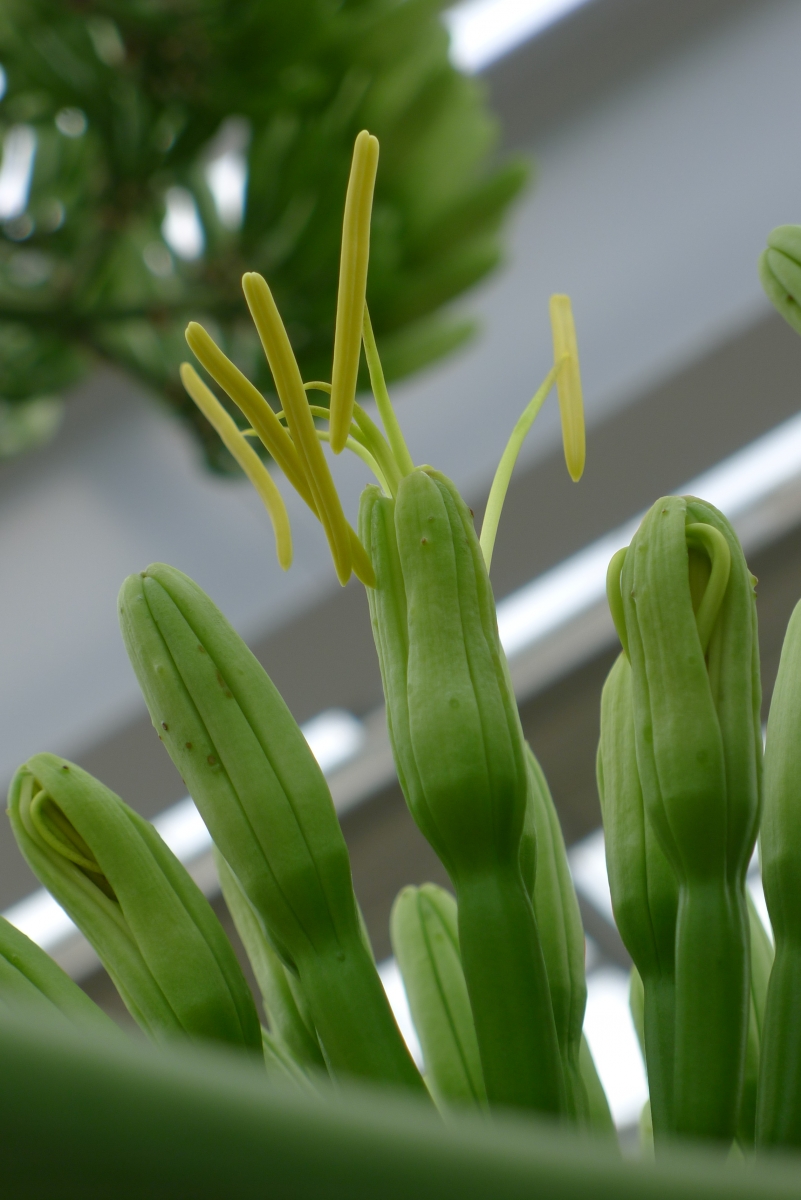