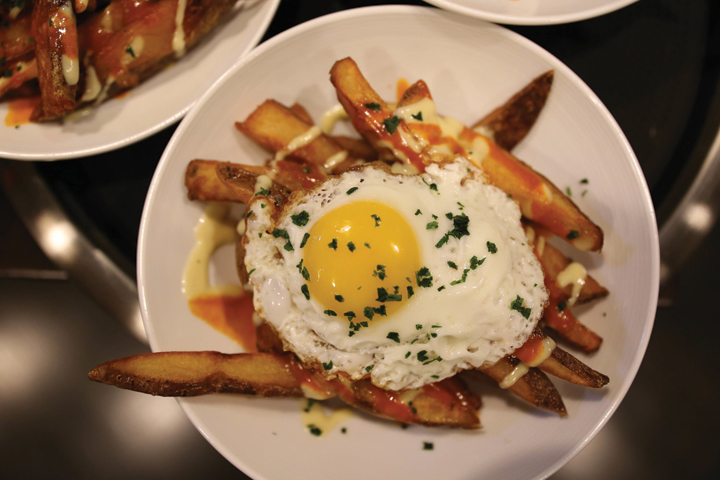 From a comfy suede booth in a cozy mood-lit corner of Aventura, it appeared that everyone was happy, servers smiling and customers laughing. Vast, bare brick walls gave the space a good rustic quality, and high top tables and chairs, in the fashion of a stand-up-and-eat neighborhood tapas spot, surrounded the bar. At Aventura, Spanish authenticity balances effortlessly with the American comfort we’re accustomed to here in the Midwest.

When restaurateur Sava Lelcaj, owner of Sava's on State St., visited the Iberian Peninsula with friends she fell heart first for the cuisine and decided that A2 could use a bit of Spanish flair. The ever-so jovial general manager of Aventura, John Giessler, regaled me with tales of the restaurant's conception and its vision, which "aims to be exciting, and sophisticated, but approachable." Though the servers are far too nice (thanks, Dean) and the atmosphere is decidedly western posh, when you dine at Aventura you will feel completely at ease, and your taste buds will travel to Spain. 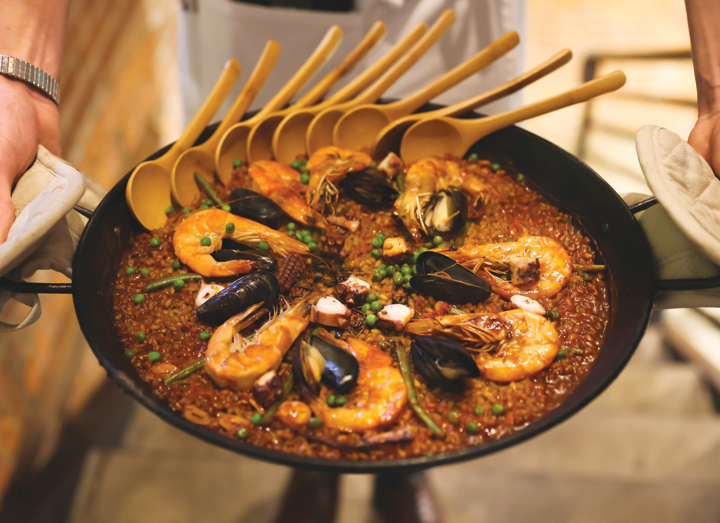 OK, let's talk drinks. With some of the same zesty ingredients–apricot, cardamom, mango, green peppercorn–that find their way onto the cocktail list, bartenders concoct fresh batches of sangría daily. The Garnacha, Macabeo, and Cava used to make the sangría (red, white, and sparkling, respectively) buddy up next to the 2,600 other bottles of Spanish wine that populate the cellar. And if beer is your drinking weapon of choice, the bar lists a number of local, seasonal brews to choose from, along with, of course, a few obligatory Spanish varieties. Let’s just say the Spanish aren’t known for their beer.

For those in the know, the number of traditional Spanish menu offerings impresses and delights. From delicacies like pulpo (octopus) to Spanish standards like jamón y chorizo (ham and sausage) to albóndigas (meatballs) just like Abuela (Grandmother) used to make, Aventura covers all the bases. They serve appetizers of atún y pimientos (tuna and peppers) and enslada rusa (a fishy Russian potato salad). And for special occasions, try the slow-roasted, locally sourced suckling pig or a heaping pan of paella.

Naturally, churros had to happen. Hot, fresh, and coated in cinnamon sugar, they were cooked to perfection and made complete with three delectable dipping sauces: vanilla bean, salted caramel, and spiced dark chocolate. Traditionally, only a single, pudding-like milk chocolate sauce will compliment your churros, but Aventura’s upgrade on the Spanish classic more than did the trick.

The chef at Aventura, Jules Botham, is a bit of a genius with no culinary training other than a lifetime of cooking with love. Botham, a University of Michigan graduate, sports a friendly smile and a cool bandana on top of her head.  When she stopped by the table after dessert, she shook hands, gushed about her job, and then went back to the kitchen to do what she does best.

Dining at Aventura is an experience born from the passion, efforts, and definite skill of owner and employees alike. Aventura means adventure—so take it.