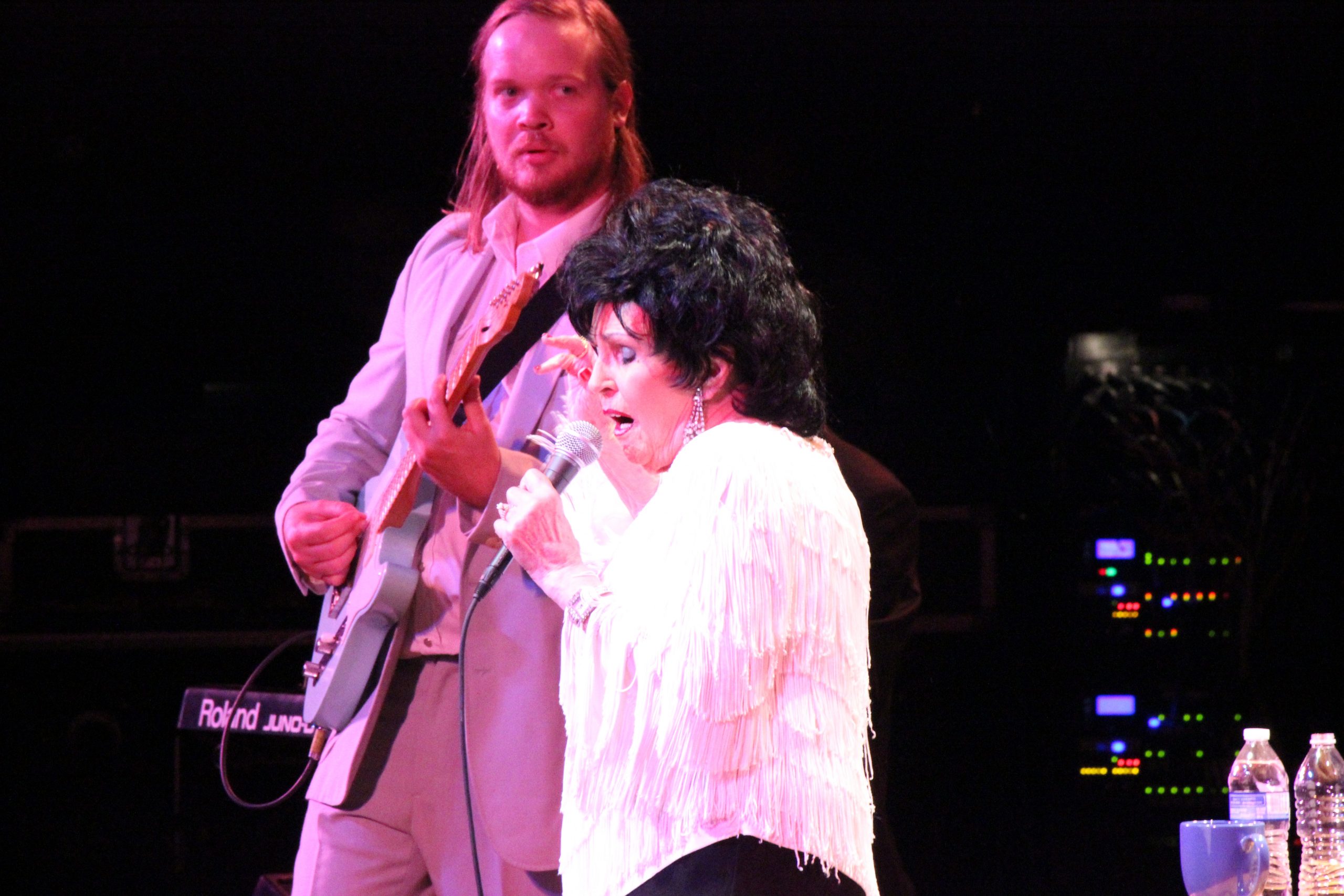 “Is there an opening act?” my father asked between bites of his Frita Batido burger.

“Wanda Jackson,” I replied. “She’s somebody. Like, somebody who’s important to somebody,” which was all that I knew, except that she would soon be opening for 90’s alt-rock pop band CAKE.

Father’s Day was nearing its end, as we walked to Hill Auditorium and settled in our seats.

The roadies set the stage, and then a band came out, in their 20’s and 30’s, none of whom appeared to be Wanda Jackson. Not far into the overture, someone from the audience hollered “Oh, she’s gonna make an entrance!”

From a door at the back of the stage, a stream of light brought cheers from the crowd, all craning their necks for a glimpse of a woman half the height of the band, and almost three times their age. After approaching the microphone with measured steps, in black pants and a fringe-covered white long sleeve shirt, Jackson hit play on a show that would mark the beginning of this year’s Ann Arbor Summer Festival.

Her set was full of soulful singing, heartfelt reminiscence and banter with her band and the crowd.

Before opening for CAKE, Jackson toured with Adele, who had confided that without “Funnel of Love” (1961), she never would have written “Rolling in the Deep.” Wanda has also garnered the attention of Jack White, who produced her 2011 album The Party Ain’t Over, on which she covered songs by artists from Eddie Cochran to Amy Winehouse.

Back in 1955, her first tour was with The King of Rock n’ Roll himself, Elvis Presley. “I had no idea who he was. I just thought he had a funny name,” Jackson shared. She recorded a tribute album in 2006, I Remember Elvis, and gave a groovy rendition of “Heartbreak Hotel” at the Summer Festival show. She and Elvis had dated, driving around in Cadillacs, and he convinced her to transition from country singing to rockabilly music. Jackson championed rockabilly, helping to establish its sound in popular culture and boosting its popularity. In 2009, she was inducted into the Rock and Roll Hall of Fame.

And she’s not done yet. “I feel like there’s still places I want to go and people I want to meet and songs I want to sing,” she told the crowd. Minutes later, she poured bottled water over the crowd, to cool them down in the stuffy auditorium, proclaiming, “I’ll try not to get the pretty ladies, just you hairy old dogs.” With sass like that, Wanda Jackson’s star will keep on shining, until even 20-somethings like me, still discovering the landscape of American music history, know her name.