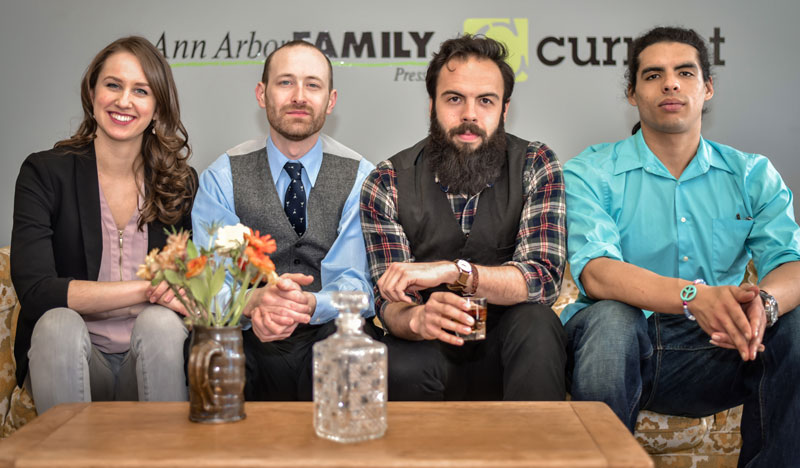 While we love our cocktails, a favored cocktail destination is dependent on the staff. A conversational, approachable server can make days brighter with a friendly, knowing smile. Both time-tested and new Washtenaw County cocktail scene locales share the sage wisdom of their veteran barkeeps here with Spring 2017 low-down. 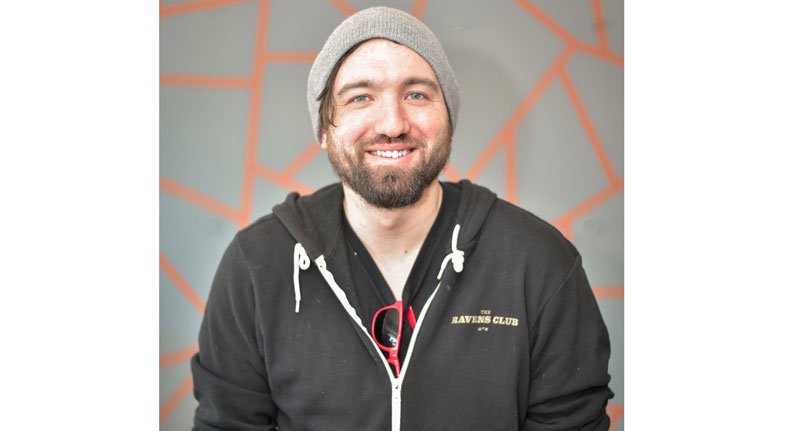 Tell us about yourself: I’ve been working at Ravens Club for over 2 years, bartending the last year or so.

What’s new at your restaurant? We have a great new chef, Joe Schaffer, who’s putting some amazing food on the summer menu. Also some interior renovations are in the works to make our beautiful bar more user friendly, which means faster drinks.

What is your favorite bartending tool? Anything I can smash ice with. 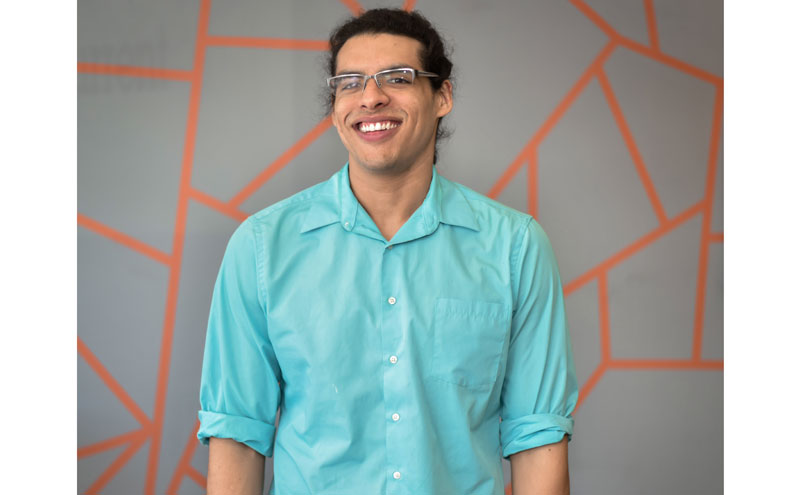 Tell us about yourself: I’ve worked at Maiz for a year and a few months. I was awarded employee of the month in February.

If you could only have one drink for the rest of your life what would it be? Corralejo Reposado on the rocks could be my only drink… because it’s that damn good. 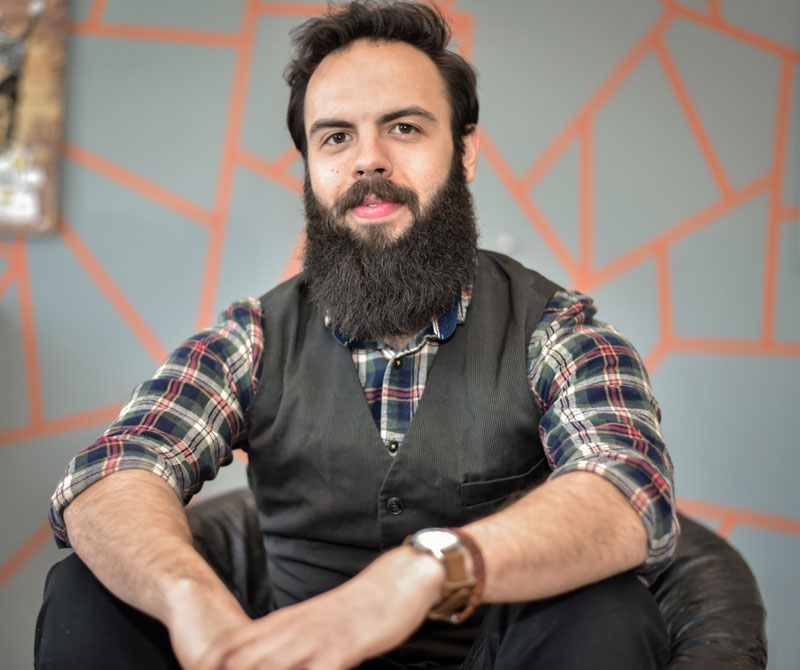 Tell us about yourself: I’ve been tending bar for several years now, mostly in downtown Ann Arbor at craft breweries and late night cocktail bars. I was approached about working at The Session Room when they were still in construction mode. After seeing the venue, with an event space and beer garden, and meeting some fellow staffers, I was hooked. I’ve been here since day one and I can tell you that we are a family. Come visit and introduce yourself! It is a different kind of place… a bar you can hang out at every day of the week!

What’s an off-menu concoction you’ve made that people should try? I recently spent a week in New Orleans where the street jazz and history revived my love of cocktails with that southern Creole flair. I’ve been working on a cocktail called “La route de la Louisiane” which incorporates Kentucky rye whiskey, French Benedictine, vermouth, caramelized peach brown sugar syrup, Peychaud’s bitters and a splash of absinthe. Served on the rocks or up with a brandied cherry.

What’s new at your restaurant that we should know about? We’re approaching our inaugural beer garden season with a lot of plans for celebration. We also have weekly live music, a week-long Short’s anniversary celebration the last week of April, and monthly beer dinners. There is always something exciting happening at The Session Room. 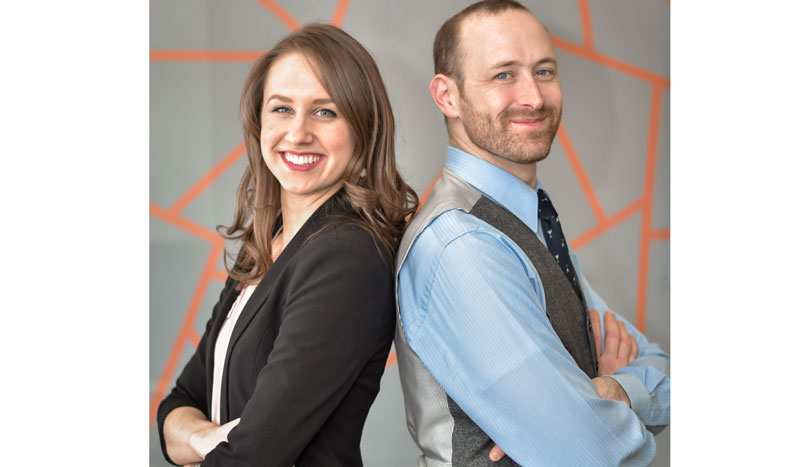 Kelsey Wonsavage, Sommelier
Tell us about yourself: I am a Culinary Institute of America graduate, and I actually did not like the business before I began working with wines and studied in Napa Valley. I thought it was a pretentious industry, and often times the men involved would talk down to me and act condescending; “do you not taste the subtle dehydrated raspberry flavor in this wine?”. I was simply not a fan. I started to eat tree bark, rocks, soils, leaves: anything really to expand my palate so I could taste what everyone else was claiming to taste.

I bought a one way plane ticket to France after college, and worked at a vineyard during harvest time to gain experience, knowledge, and appreciation. Now I love the industry and I am trying to make it more approachable for everyone to enjoy. It should be a fun subject- not one people feel shy about.

What’s new at your restaurant? The wine culture at Sava’s is growing! It’s super exciting. We have expanded a composed list of classic offerings, along with some really fun, obscure wines for people to try. We also have wine tastings each month that focus on a specific wine region, called Sava’s Uncorked. It is a fun way to learn, taste, and explore a region; it’s essentially a casual party.

What is your favorite bartending tool? My favorite tool for wine is called a Coravin. It is a tool used to extract wine out of a bottle without pulling the cork. The tool inserts a needle through the cork and simultaneously pumps argon gas into the bottle- creating a vacuum and pulling the wine out. Long story short- you can taste wine and still store the bottle for a few weeks without worrying your wine will go bad. Its pretty cool.

Tell us about yourself: I have been working at Sava’s now for five years so I’ve seen all the hard work that we have done and what we have accomplished throughout the years. I’ve been in the restaurant industry for nine years and I love the fact that every day is different. I also love being creative with cocktails and seeing the looks on our guests’ faces when they try a cocktail with their overall experience at Sava’s.

Tell us about a trending cocktail/drink for spring: We have had huge success with versions of the Moscow Mule recently. For the winter, we did one called “Winta Ginja” which had vanilla-ginger infused Tito’s vodka. For the spring, we are going to come up with a cucumber-infused gin and throw it in a Mule, so keep an eye out for it!

What’s an off-menu concoction you’ve made that people should try: Currently, I am starting to make housemade tonic water for Savas! My first batch was a lavender-forward tonic and the outcome was amazing. I’m thinking that I’ll try a hibiscus one next