It’s available on all digital outlets and can be seen on the band’s official YouTube page.

NO RESOLVE transformed their lives and completely reinvented themselves during the past two years. Since November 2020, after releasing their own songs for years prior, they’ve been releasing Rock covers of classic Pop songs by Adele, Taylor Swift, Ed Sheeran, and others, all while Pegorraro works as a UPS driver during the day.

“The music industry has changed completely,” observes NO RESOLVE frontman Oscar Pegorraro, “and the power is now in the viral creator’s hands, rather than the record label. Look at us–we’re an independent band who have over one million monthly listeners on Spotify, are regularly charting on Billboard, and every new song release of ours goes to the top of the iTunes charts. We’ve already gone the traditional music route of putting out a full-length album and two EPs of original material, but now we’re going viral on every streaming platform out there.”

In November 2020 when the world was still in lockdown, the band decided to change things up a bit and record a cover of Adele’s “Set Fire To The Rain,” which was played in heavy rotation on SiriusXM’s Octane channel, and has since garnered over 4.3 million views since its release on YouTube. The rest is history.

Over the next months, the band went on to turn Pop hits into Rock hits by Morgan Wallen, Adele, Taylor Swift, Ed Sheeran, Garth Brooks, The Kid LAROI/Justin Bieber, musical soundtracks and more.   As a result of all of the cover song love, NO RESOLVE has over 92 million streams and over 1.7 million monthly listeners on Spotify.

Check out the band’s previous releases, with even more songs that can be seen here:

As 2022 continues to take shape, NO RESOLVE are gearing up for their first full-scale headlining tour, one that’s aptly been dubbed the “Take Cover Tour,” with many of its dates already having sold out in advance, including their Flint performances at The Machine Shop on April 29 and 30. 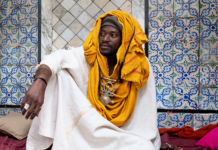 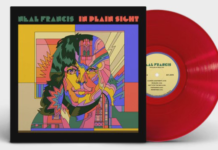