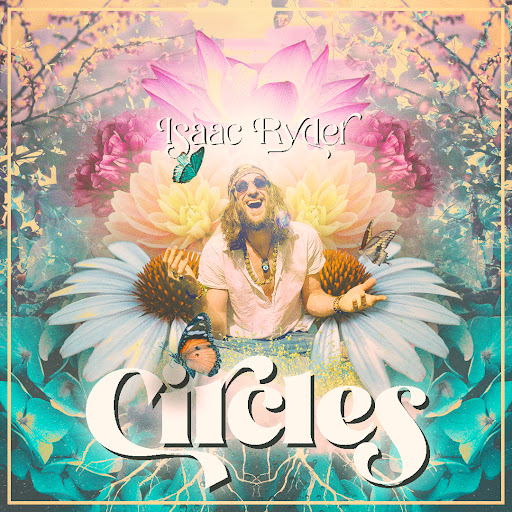 Michigan-based musical artist, Isaac Ryder and his creative team announced the release of his single, “Circles” which premiered on all streaming platforms in late May.

Of Michigan influences, Ryder said, “Even being a Funk-Jaz Neo-Soul artist in Michigan, I still have quite a bit of folk-grass in my bones because of this tree-covered, water-surrounded state.”

Combining the genres of neo-soul, funk, hip hop, jazz, and R&B Isaac Ryder created a song to captivate the soul and get people moving. Ryder’s ability to connect with the listener’s emotions is evident in Circles – coming from a place many people can relate to – love, the pain it causes, and the redemption we all deserve from taking our power back.

This is Ryder’s first step into the realm of fusing hip-hop and funk; the verses will blow your hair back with relatable, heart-wrenching lyrics, and an intellectual flow. The hook offers up a mesmerizing harmony you don’t want to end. By far the most captivating part of the song, however, is Ryder’s signature bridge section – layering several vocals and instruments to build a symphony of sound that likens itself to Ryder’s influences such as Jacob Collier, Snarky Puppy and pop/jazz fusion. This is the song that the summer of 2022 so desperately needs.

Written and produced by Ryder himself, the track was recorded at Rooftop Recording by David Roof, mixed and mastered by Grammy-winning Glenn Brown of GBP Studios. Ryder offered up his exceptional guitar skills and incredibly soulful vocal stylings. He then assembled an all-star team to round out the track. Featured on the song is fellow artist, Jayme Orr, on vocals. Orr made waves in the Detroit circuit with the release of her 2016 debut single Love Is A War when a video of her hearing the song on the radio went viral. Also on the track, Eugene McBride, who has shared the stage with Alexander Zonjic and Kenny G, on the drums; Adam Bearyman, one of Michigan’s greatest multi-instrumental Gospel musicians, on keys; and Derek Johnson, whose band Harper has opened for notable acts such as MaceO Parker, Kenny Wayne Shepard, and Lynyrd Skynyrd, on bass.

Isaac Ryder has been a staple in the Michigan music scene for many years, from hometown gigs to sharing the stage with Ray White of Frank Zappa, Fareed Haque of Garaj Mahal, and many more greats. Most recently, he has taken the scene by storm with his iconic one-man-band live looping show.

Ryder has spent a lot of time in Ann Arbor and said, “In Ann Arbor, I started off playing the Blind Pig, LIVE & the Circus (now The Circ Bar) – sharing the stages with jam bands that I’ve played with at music festivals and also featuring musicians from the Macpodz and other A2 artists. When I moved to Ann Arbor, I then played other venues like Corner Bar, Ann Arbor Brewing Company, Michigan Theater, Cantina, Mash Bar; and even recorded 2 albums at the Duderstadt Center on the U of M campus.”