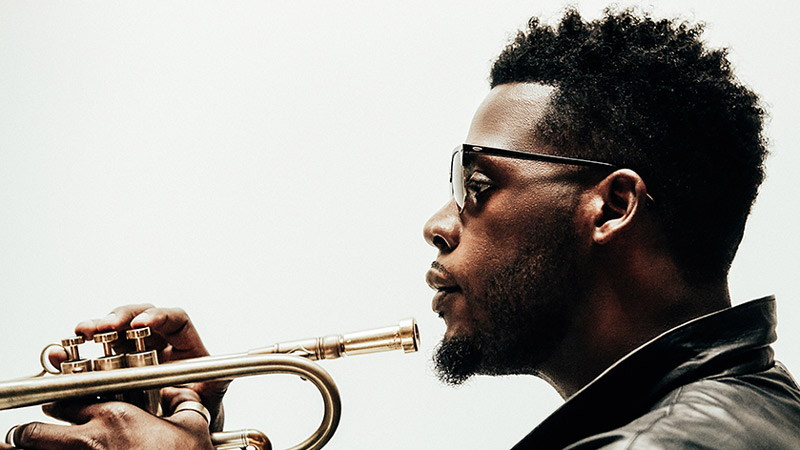 World-renowned jazz trumpeter and songwriter Keyon Harrold was born and raised in Ferguson, Missouri, in a large musical family of 16 children. Harrold left Ferguson at 18 and moved to New York where he landed his first major gig as a trumpeter. Soon he was performing alongside stars like Snoop Dogg, Jay-Z, and Beyoncé and released his first solo album in 2009, Introducing Keyon Harrold, which was hailed by critics and he was recognized as a leading trumpeter of a new generation of jazz musicians. Harrold also received accolades for performing all of the trumpet parts in Don Cheadle’s Miles Davis biopic Miles Ahead. Harrold’s music can be described as a fusion of jazz, funk, hip-hop, and rock.