Still a mixture as dessous

The vibe is comfortable with a big city feel. Cool greys and whites in a monochromatic pallet decorate the space. The bar is separate from the dining area, a glass wall of wine dividing the two spaces. Lighting is direct and focused, allowing for shadows and a feeling of intimacy at each table. Varying influences from India and France as well as other cultures blend to create many of the menu offerings. 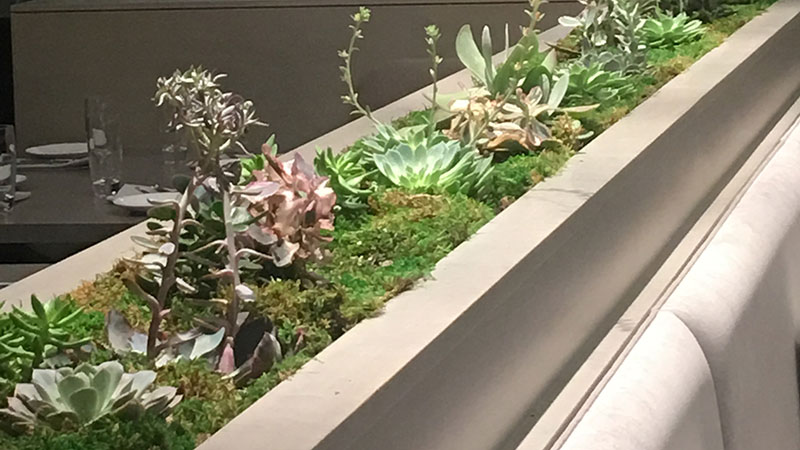 We started with the spiced bolitos, tender balls of ground lamb in a spicy tomato and turmeric sauce. The ceviche, served with curried popcorn—a unique twist—presented an assortment of chopped seafood with a fresh taste of lime kefir lime leaf. The sauce, while spicy, was not overpowering, allowing the fresh seafood to take the spotlight. The heirloom tomato salad was plentiful with beautiful tomatoes, chunks of avocado and onion in an olive oil-based marinade.

The appetizer menu of small plates is available in the bar at dessous, along with the full menu for those interested in heartier fare in the cocktail area. 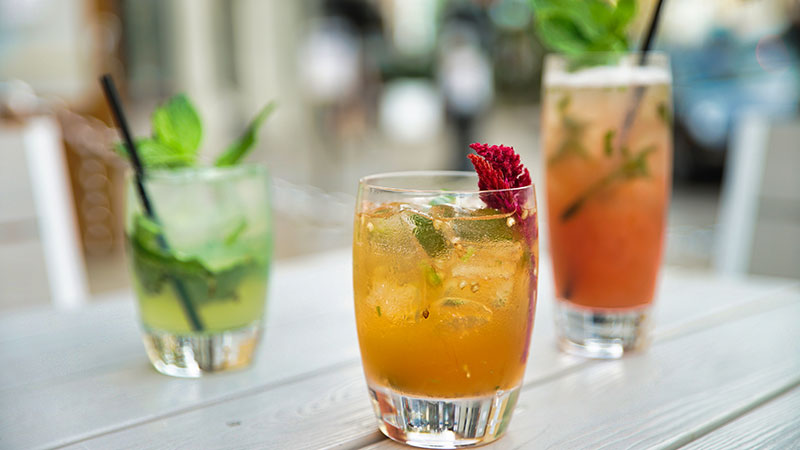 Surrounded by several large parties, we reviewed the cocktail and wine lists, both with imaginative offerings. The wine list, while not extensive, boasts an ample selection of different vintages from a variety of producers. We tried the lucky lady grapefruit martini as well as as Blushing Lady, a masterful mix of ruby red grapefruit vodka, vermouth, blood orange, basil and bitters. 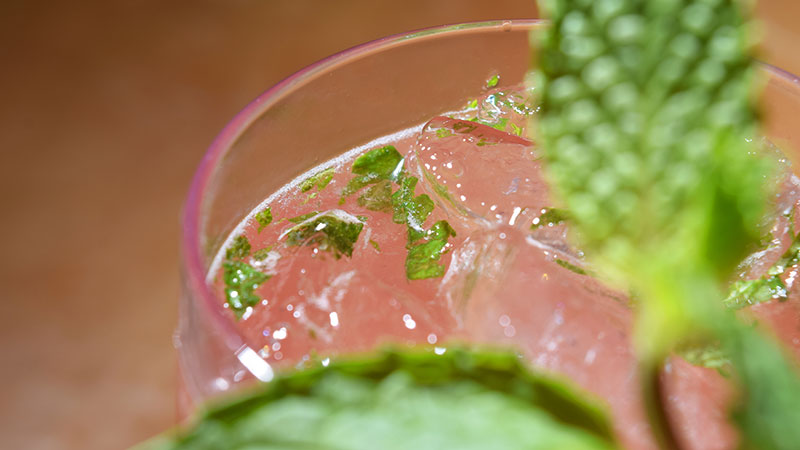 We moved on to the main course. At dessous, a number of entreé options are available including seafood, steak, chicken, and a vegan flavor explosion. The restaurant offers ‘simple fish’ or ‘simple steak’ options allowing diners to select from a variety of items to be added to the seared protein including chili’s, fresh lime and complements like French baked rice and fresh vegetables. 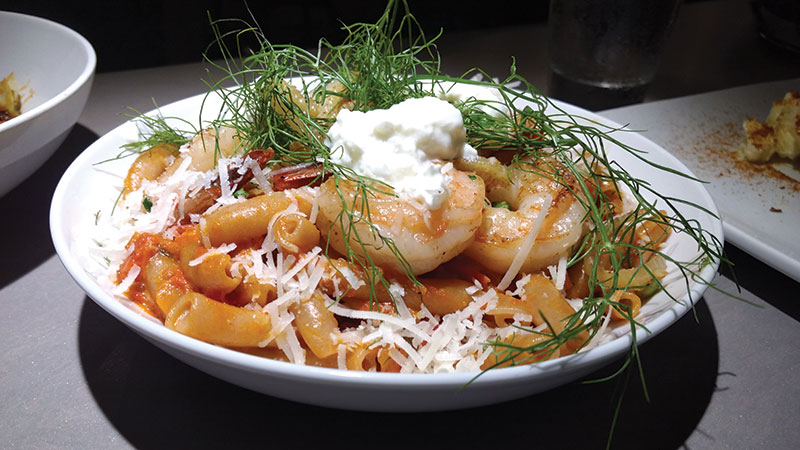 We ordered the sea bass which arrived seared with a nice crunch accompanied by French baked rice. The rice is plump and enjoyable, while a bit chewy, a rice kernel that puts up a fight. The sauce for the sea bass, a tropical gastrique, was perhaps a bit overwhelming for the delicate bass, but very pleasing nonetheless. The shrimp spaccatelli was creamy with tomatoes, shrimp, pasta and garnished fennel fronds. The richness of the dish’s cream sauce was enough, but not too much, and the shrimp were plentiful throughout the serving. The substantial lamb shank, braised in an Indian spiced vegetable stew and served with a dollop of creme fraiche, was fork tender and the veritable stew’s ingredients—potato rice onion and peas—were a delicious accompaniment.

Our server Caitlin was knowledgeable and interested in our enjoyment of the restaurant. She explained that the original owners, Scott Burke and Jay Mullick, revamped their previous restaurant in the space, Melange, with the consultation of Ann Arbor culinary star Eve Aronoff. Eve’s influences are evident, with her consultative capacity flavoring both the decor and the menu with upgrades throughout.

We tried the desert. One selection, the chocolate and chiles, enticing by name and description, comprised a flourless French chocolate cake, more like a brownie our server explained, with chili-scented Chantilly cream and was a perfect hit. For those not really turned on by chocolate (yes, an accompanying diner described herself that way) we ordered the Elderberry sorbet, garnished with fresh berries, decidedly house-made, not too creamy but with just enough frost to render it among the city’s premier Italian ice experiences, with an Elderberry twist.

The multi-genre music played throughout the evening represented a few different time epochs and, frankly, was perhaps a bit too varied for dessous’s mood and mellow aesthetic. Notwithstanding the aural criticism, dessous is a must-stop on your next trip down Main Street.

With designated nights for music and dancing in the adjacent dance floor and continuing interior enhancements with succulents and other plant accoutrements, dessous continues its ascent.