Letters to the Editor—Re: ‘The Gun Summit Nobody Wants’ 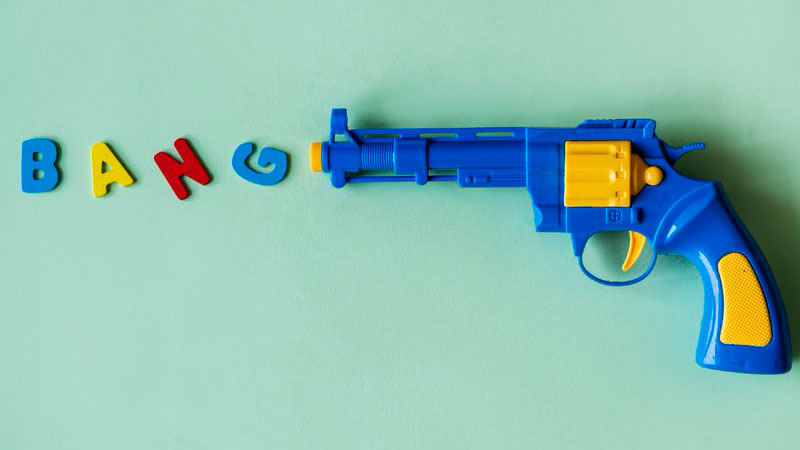 No one from the left-socialist-communist side wants a gun summit, because they will lose the debate. Besides, they have their minds made up. It’s time to confiscate all guns as far the Left is concerned.

No one from the right-conservative-constitutional side will join your debate because you are not looking for answers for gun violence.

To quote you, “Our nation seems more divided than ever regarding firearm ownership and gun violence.”

Really? Your prejudice toward the 2nd amendment is showing sir. That’s why your “summit” got no traction.

Chicago is a “gun free” zone. How is that working out? But again facts are not something liberals are interested in.

Gun violence—when guns are banned—just creates knife, bomb, car, machete, club, poison violence in it’s place—with the same gun violence by criminals who did not follow the confiscation laws. This is a fact. Only difference is—there are MORE victims because the good folks cannot protect themselves.

Liberals want guns banned to protect themselves from citizens when THEY riot and create havoc. Nothing more. Just like in Germany before the Nazis took over.

The Democrats want the citizens unarmed for when they seize control. Nothing more. Safe citizens is the last thing a leftist or liberal really care about. It’s their own skin they are protecting.

And what true bleeding hear liberals don’t want to admit or their brains refuse to accept is that if they reviewed history, unarmed citizens eventually become slaves by their governments.

The left-socialist-communist Democrat leaders do know it and they happily use their “useful idiot” bleeding hearts to get the citizenry unarmed.

The 2nd amendment is there to protect Americans from the government—not from necessarily criminals and liberals. Although the 2nd Amendment does protect us from criminals, as well as other traitors and enemies of the United States.

Japan and Germany did not try an invasion in WWII because as a Japanese general put it, “there would be an American with a rifle behind every blade of grass.” Both of those countries had slave citizens with no such option.

Did you ever look at pictures of Jews lined up in trenches while the German soldiers stood above them?

Did you ever look at pictures of the work camps in North Korea or the diamond mines in Africa?

Did you ever look at the pictures of the slaves in the Southern plantations in the USA before the Civil War?

How many guns was it that the Jews, North Koreans, Africans or African-Americans have in their hands at that time exactly?

Take a look and count them, would you please?

I’ll be glad to have a “summit, debate, discussion” or anything else you want to have.

Liberalism is a religion. Facts don’t matter to liberals.

I think it is truly a mental illness, just as many on the left view people who believe in God.

Some liberals heal or recover when enough truth and fact seeps in. Most never do.

The left-socialist-communist Democrat leaders rely on this, along with the brainwashing of the young (day care thru college—all part of the plan as Nikita Khrushchev told us in the 1960’s and the Democrats listened!).

Nick, you are either a useful idiot or a traitor to the United States Constitution.

You tell me which it is.

Thanks for writing. You’ve mixed up the concepts of a summit and a debate. My intent, as stated, is to convene stakeholders from all points of view and professions, start with the common ground that innocent people shouldn’t be murdered, and go from there. A debate is the opposite of that concept, but you persist in using that term. In support, you engage in a lot of labeling and name calling. In lieu of facts, you cite anecdotes (and one quote from a Japanese general that has never been substantiated).

Behind your rhetoric, I do see glimmers of hope—that in addition to one particular constitutional right, you also care about safety and security for all Americans. I’ll take that to the bank of common ground, and run with it. As a constitutional lawyer (and gun owner), I fight for your freedoms every day. Let’s fight for freedom and safety together.