Minneapolis-based musician Chastity Brown returns to The Ark in Ann Arbor on June 20 to celebrate the release of her new album Sing To The Walls via Red House Records, her follow up to 2017’s Silhouette Of Sirens. This show is the second date on a US tour that follows recent performances in Europe and throughout the Midwest with Valerie June.

After witnessing the global racial reckoning that manifested itself in the uprising mere blocks from her South Minneapolis home, even she was surprised to hear the way her new album came out. “It’s a love album, in a way I didn’t plan on,” Chastity says.

Sing To The Walls is a sonically expansive record that mines the roots of Americana, folk, and soul music, but carves out a musical identity all its own. Chastity songs are delivered in a style that feels remarkably timely, modern, and forward-thinking. “I celebrate the emotional richness in the tradition, but in my music I’ve committed myself to moving forward and reflecting the experiences of those overlooked by tradition.”

In the same way, her lyrics seek to reach across a great divide. “I will sing to those walls, hope it gets through / And I will sing to your scars, they need healing too,” Chastity sings on the album’s title track, a pandemic love song about breaking through the physical, emotional, and social barriers that have been constructed around all of us.

“This album does not serve sorrow,” Chastity says bluntly. “And in that way, it’s my trying to emulate Zora Neale Hurston’s Their Eyes Were Watching God—seeking personal spiritual fulfillment while rejecting expectations. What matters to me is my survival—and for my survival, it’s been necessary to try to embrace some joy.”

“I think it’s an audacious response,” says Chastity. “Like how funk music came after Malcolm, Martin, and everybody got murdered in the ‘60s. Then the ‘70s popped off, and there was funk! This isn’t funk, but it’s rooted in that same kind of response. I just want to feel good. Straight up.” 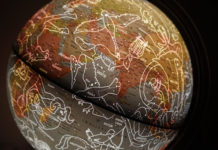