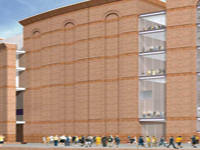 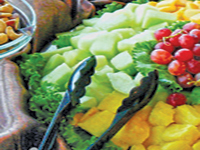 As we ride out the last of the heat wave (hopefully) and the city braces itself for the college school year's annual influx of students, a few area business highlights are happening around town, that include everything from the newest place to get married to the place you might grab your next  slice of pizza.

If you're looking to tie the knot with your significant other on the UofM campus, the Big House is now an option. The stadium — which in the past has gone widely unused with the exception of football games — has been allowing couples to book their weddings on the field. The university has been charging $6,000 for the ceremony and $9,000 for a reception in the club area or $13,000 for both.

The Ann Arbor City Council approved the Maple Cove apartments project at 1649 N. Maple in a 9-1 vote— but did so with concerns. The project will demolish an existing home and construct two 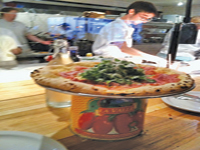 18-unit apartment buildings and seven single-family homes, but council members feared safety issues due to the lack of sidewalks. But, essentially, the project met code and the council voted in its favor on Monday, July 16.

Food & Wine magazine has named small plate restaurant Mani Osteria as one of the best pizza places in the Midwest.