David B. Quinn has a piece of paper taped to his computer that says “Write it now. Fix it later.”

“Just sit down and do the work. You’ll make it better,” said Quinn, 62, of Westchester, NY. “Until you put something down, you don’t have anything.”

His Doctor Strange run will be collected in Doctor Strange, Sorcerer Supreme Omnibus Vol. 3, to be released Wednesday, April 26, just ahead of May 6’s Doctor Strange in the Multiverse of Madness. The 28th installment in the Marvel Cinematic Universe, the movie stars Benedict Cumberbatch (Sherlock) as Strange and is directed by Royal Oak native Sam Raimi (Evil Dead).

“I’m looking forward to this film,” said Quinn. “I was thrilled when I read Raimi was directing. I just think he’s awesome. I’m a fan of whatever he’s done.”

Growing up in Ann Arbor

Some of Quinn’s earliest and fondest memories is being onstage as a kid. That sparked his desire to write for a living.

“That kind of creativity and collaboration made me very, very excited,” he said. “I found myself always gravitating towards writing that’s collaborative: music, plays, or – ultimately – comics (which led to some film and TV opportunities).”

Quinn attended Greenhills School in his native Ann Arbor, where he participated in theater, jazz band, and cross-country. He graduated in 1978.

Quinn grew up on a steady diet of comics. His favorites include DC Comics’ Batman and Marvel’s Tomb of Dracula. The latter was a particular favorite, where Marvel did its take on Dracula, a character in the public domain.

“(Marvel) created a unique book… it was the book I shared with everybody in high school, even though at Greenhills, we were encouraged to be more traditional literary than comic book readers – I still waved my freak flag,” he recalled, laughing.

Quinn earned his bachelor’s degree in English and theater from Amherst College in Massachusetts. He later earned his MFA in professional writing from Brooklyn College in New York City, where he also taught English, while working in theater.

Before grad school, Quinn was in a new age/post-funk band called Dolce Vita. The band played in New York and along the East Coast.

“We realized we plateaued around the level of warming up for the Thompson Twins or Billy Idol, but not being those artists,” he said. “When I saw that was the best I would be in music, I revitalized my feelings about theater and writing, which led me to write off-Broadway plays, as well as comics.”

Introduced to artist Tim Vigil, they next created Faust in 1987, which was published via several independent publishers. It was one of the best-selling indy comics of the era with the first issue selling more than 100,000 copies. Best-selling horror author/filmmaker Clive Barker was a fan.

Faust – which was controversial due to its graphic violence and sexual situations – is loosely based on the German legend based where Faust makes a deal with the devil. In the comic, the main antagonist is M, the enigmatic Mephistophelian crime-lord.

“Here I am working in underground theater for years. I’ve got all sorts of ideas of hellish scenarios and urban hells… We’ll take a violent character and put it in with the classical dance-with-the-devil story – the attraction, the repulsion, the battle for the soul,” explained Quinn. “It came together rather quickly, walking around Brooklyn and Manhattan, seeing what kinds of stories we could do. It was a true collaboration. Throughout the years we worked on that book, Tim and I had a pretty healthy back-and-forth on ideas, directions, characters, execution – it was a real team effort always.”

However, its extreme content was too much for some people. This led to it being banned in England and Canada.

“People either loved it or hated it,” said Quinn. “We definitely got attention.”

Quinn co-wrote the screenplay for 2000’s Faust: Love of the Damned. In 2021, it was announced that Sony would adapt Faust as an animated series. A Faust 35th anniversary edition is tentatively slated to be released in late 2022.

“I got pigeonholed as writer of dark stuff,” said Quinn. “I was surprised because I’d proven myself to have more diversity than just writing horror by the time Marvel approached me (about) Doctor Strange in late 1992/early 1993.”

Created in 1963 by Stan Lee and Steve Ditko (Spider-Man’s creators), Dr. Stephen Strange is a magical super-hero who was a brilliant yet arrogant surgeon. However, he couldn’t operate again after injuring himself in a car accident. Strange meets the Ancient One, who teaches him magic. Eventually redeemed, Strange becomes Sorcerer Supreme, protecting Earth from mystical threats.

Quinn was one of several writers Marvel invited to pitch to be the new writer of Doctor Strange’s third ongoing title that ran from 1988-96. He got the gig.

“I gave it my best shot because I always loved the character – it was pretty exciting,” he said. “It was my first Marvel book, probably the highest profile thing I had done next to Faust, but that was very high profile on the indy side. I have a deep respect for the Lee/Ditko stories… and so many stories I read as a kid. I wanted to take some of the best of those worlds and call back to them but do something new at the same time.”

When Quinn took over, Strange was no longer Sorcerer Supreme, his home was destroyed, and made enemies of former allies. He also introduced the villain Salome.

“That’s a big loss, but also an opportunity, so I amplified the loss and made him react to it,” explained Quinn. “The response to all this chaos in his life was going into himself. I took Strange to a place where he had to hide in a magical null space because Salome’s attack caused him to be unstable. If he was on Earth, he would (die).”

Quinn also introduced arrogant surgeon/business titan Vincent Stephens and the enigmatic being known only as Strange. Both were aspects of Strange’s personality personified. Quinn pitted them against the Hulk and the X-Men.

“The most important conflict is within himself,” he said. “Some of the things we did were too different. People were like, ‘What the hell?’”

Quinn left the title due to editorial changes at Marvel, which eventually went bankrupt in the mid-1990s.

“I still enjoy the fact that people tell me they liked my run. I was told I took the right approach with a character I don’t own. In those days, I did a lot of work-for-hire, which was lucrative in the 1990s,” he said. “I tried to be as respectful as I could as for where he’d been regarding the original stories, as well as the recent history which I didn’t want to completely violate. I tried to do something new but familiar and make it surprise. That seemed to pay off… we were off to the races.”

Today, he’s working on several projects he couldn’t talk about. His children’s book Go to Sleep, Little Creep has been well-received.

“I’ve been reading that book to rooms full of kids at schools, hospitals, and stores,” said Quinn. “Wherever I go, I’ve had such a good time doing this theatrical voice reading to kids it’s a new vein for me.” 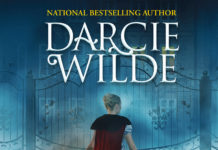 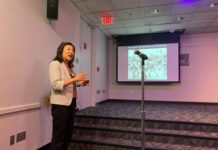 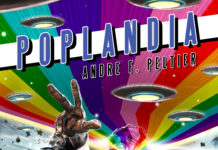