And the prolific writer – an alumnus of the University of Michigan in Ann Arbor and Columbia Law School in New York City – has done it all. In a quarter-century, he’s written mystery-thrillers, kids books, comic books, non-fiction, historical fiction, TV shows. He’s even hosted Brad Meltzer’s Decoded and Brad Meltzer’s Lost History.

“In my first book (1997’s The Tenth Justice), I wrote about 27-year-old law school grads because I was a 27-year-old law school grad. When I got married, my second book was about a married couple. I started writing kids books when I had kids. And I love, more than anything, seeing the readers who have grown up with me. They come to our events with their families and tell me, ‘I read your thrillers,’ ‘My spouse watches your TV show,’ and ‘Our kids read your kids books.’ It’s pretty darn humbling,” recalled Meltzer.

A regular on The New York Times bestseller list and called one of “Hollywood’s Most Powerful Authors” by The Hollywood Reporter, Meltzer never imagined he would be this successful.

“Never,” he said. “Could I possibly imagine a dozen thrillers, TV shows, private lunches in the White House, reading to a U.S. President (George H.W. Bush) on his deathbed, or a line of children’s books that have become the cartoon (Xavier Riddle and the Secret Museum) that airs after Sesame Street? Not a chance. I still feel like it’s all just another thing I made up in my head.”

Tuesday, March 8, marks the debut of The Lightning Rod, Meltzer’s latest thriller, which is the second novel featuring special operative Nola Brown and mortician Jim “Zig” Zigarowski. The book opens with the death of Archie Mint. As Zig is preparing Mint’s body for the funeral, he discovers something he was never meant to see, which makes him reach out to Nola.

“My inspiration was one of the best secrets I’ve ever had access to. The U.S government has a dozen top-secret warehouses across the country to prepare for chemical and biological attacks. It’s called the Strategic National Stockpile – the government’s plan for how to deal with the worst large-scale attacks and biological threats,” explained Meltzer. “That’s who handled Ebola in 2014 and Zika in 2016. And who would’ve been storing all the COVID-19 vaccines had they existed before the pandemic. It’s one of the hardest places to research. The only reason I got the info was because my research took place pre-COVID. When you read the thriller, what you see in the final chapters inside the warehouse? It’s really in there.” 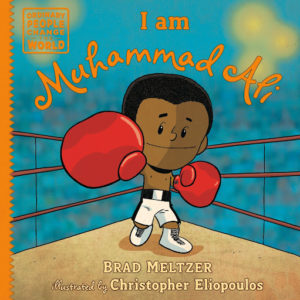 In February, Meltzer released his 26th and 27th installments in his successful I Am series: I Am Malala Yousafzai and I Am Muhammad Ali. Christopher Eliopoulos provides the illustrations.

His impetus to start this series began as a way to help his three children differentiate fame from heroism. He told them that just because reality TV stars are famous, they are not heroes. Among the historical figures he’s highlighted are George Washington, Abraham Lincoln, Benjamin Franklin, Anne Frank, Gandhi, Neil Armstrong, Rosa Parks, Jackie Robinson, Helen Keller, and Amelia Earhart, et al. 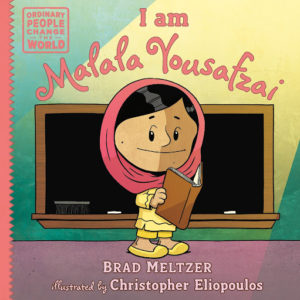 “I never ever anticipated how this series has grown. It’s so humbling,” he said. “I think the world is starving for heroes right now. Our politicians are shameful. We turn on the TV and want to teach our kids that there’s a difference between a politician and a leader. We need more leaders. That’s why parents and grandparents are buying the books: To give their kids and grandkids real heroes to look up to.”

He spoke about why he chose to spotlight Yousafzai, a Nobel Peace Prize laureate, and boxing champion Ali.

“Look around. Our kids books exist because I want my kids to have better values than what society seems to be feeding them online. I Am Muhammad Ali is about teaching my kids to fight for what they believe. We all need that lesson,” said Meltzer. “Terrorists tried to keep Malala quiet. They didn’t want girls to be educated. So, she teaches my kids to fight back – and that education lets us soar. We all need kick-ass heroes like that.”

This summer, I Am Dolly Parton will be released. Meltzer will also be doing I Am books featuring DC Comics icons Superman, Batman, and Wonder Woman that will see print in later 2022.

“Our Dolly Parton book is all about the light that shines in each of us. Dolly accepts everyone with love and grace. My God, do we need that in our culture right now,” explained Meltzer. “My life was changed by Superman, Batman, and Wonder Woman. They’re part of the American mythology – and like Abraham Lincoln, Amelia Earhart, Muhammad Ali, or any other hero we’ve featured, their stories persist because they reveal something about us. This new line of books lets us feature the characters and creators, reminding kids about the true power of imagination.” 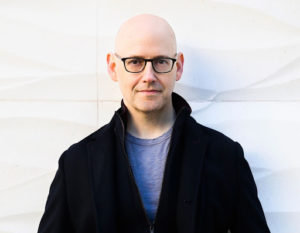 A Top Notch Human Being

When he looks back on his success as an author, Meltzer spoke about what fuels him.

“I got 24 rejection letters on my first book (Fraternity), which still has never been published,” he said. “I think of that failure every day I sit down to write. For 25 years. It fuels me.”

Meltzer is very grateful for his readers.

“Every writer thinks they have great readers. Ours are the best, nicest, kindest people on this planet. Come to our events. You’ll see. The publisher did a study – they said our readers were also some of the smartest out there,” he said.

“Brad is the author’s version of an EGOT. He can write anything – political thrillers, historical fiction, fantasy, children’s books, TV, comics – and do it spectacularly,” said fellow New York Times bestselling author Alafair Burke. “He’s also one of the most generous writers out there, both in terms of supporting other authors and general public service and good works.  He’s just a top notch human being all around.”