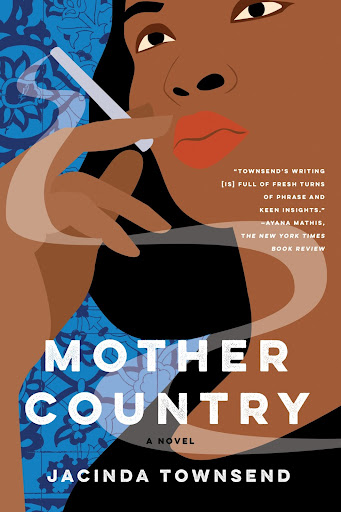 Awarding-winning author Jacinda Townsend, currently the Helen Zell Visiting Professor in Fiction at the University of Michigan in Ann Arbor, grew up in solitude during her childhood in Kentucky.

That set her on her path on becoming a novelist.

“Not only did I grow up in a rural area, but I was the only Black person in my fundamentalist Christian school for a couple of years. It was the late 1970s/early 1980s in Kentucky, and the n-word was hurled at me on an almost weekly basis. Other children told me they couldn’t hold my hand during circle time because they might turn Black, and they very freely told me that their parents told them they couldn’t play with (expletives), so they weren’t going to,” recalled Townsend.

A single mother of two children, ages 17 and 12, Townsend is the author of

Mother Country (Graywolf Press $16.99), her latest novel. Her first novel, Saint Monkey, was published in 2014. It won the Janet Heidinger Kafka Prize and the James Fenimore Cooper Prize for Historical Fiction. It was also the 2015 Honor Book of the Black Caucus of the American Library Association.

“I was also an only child – the one time of the week I had any social contact was on Sundays at church,” said Townsend. “Mostly, I would lay out in a field watching planes fly overhead. But my childhood was idyllic, actually, because it meant I was dreaming in my head pretty much all day long. And I had books. My mother was an early reading specialist who taught me how to read when I was in diapers. So I read and read and read and read and read. It was a whole other world and I escaped into it. Writing is a natural extension of wanting to make worlds so other people can escape, too.”

Townsend earned her undergraduate degree in government with a specialization in electoral politics from Harvard University in Cambridge, MA and her juris doctor in law from Duke University in Durham, NC. She would later earn her MFA in creative writing from the University of Iowa in Iowa City, IA.

“I wanted to stay in Kentucky and be a career politician. Life didn’t turn out that way,” she said, laughing.

While in law school, she also took creative writing classes and became a broadcast journalist upon graduation. She did become an elected official in Indiana, however.

“It was quite by accident – I was appointed to the school board and then was elected by a landslide when the term of appointment was up,” explained Townsend. “I was pretty driven to make change as an elected official because my reasons for wanting to better the state of education in my city were deep and heartfelt. I learned so much… it brought me back to my childhood desire to enter into politics in order to effect change and help people. I served for two years before resigning to move to Michigan. I’m tremendously proud of the work I did. I wish more writers and artists in general would run for public office!”

In 2021, she applied for the Zell opening at U-M, where she currently teaches creative writing.

“I have the most amazing students at U-M. Their writing is at turns gorgeous and inventive, and they’re all so well-read; it has been a delight from end to end to teach here,” said Townsend. “I had another offer from a university… but I was swayed during the interview by the geniality of colleagues, such as Peter Ho Davies, of whose writing I’d been a fan for decades.”

Mother Country is a transnational feminist novel about human trafficking and motherhood. In it, Shannon – an African-American woman who’s saddled with student loans, medical debt, and the devastating news of being infertile after a major car accident – follows her boyfriend to Morocco in search of relief and respite. There, she finds a toddler in a pink jacket whose face mirrors her own. With the help of her boyfriend and a bribed official, Shannon makes the fateful decision to adopt and raise the girl in Louisville, KY.

However, the girl’s birth mother, Souria, an undocumented Mauritanian woman who was trafficked as a teen and who managed to escape to Morocco to build another life, wants her daughter back. Linked by the girl who has been a daughter to them both, these two women move toward their inevitable reckoning.

Townsend spoke about creating Souria, whose story is more political.

“In 2013, I traveled to Mauritania to interview people for a piece I was writing for Al Jazeera,” said Townsend. “I snuck in on a tourist visa because the Mauritanian government does not like when its citizens talk about modern-day slavery and met with the leaders of two abolitionist groups there. One of my hosts introduced me to a family of recently escaped slaves. The family matriarch had escaped slavery with her eight children, one of whom was born in the desert on her way out. This woman was living with these children in a tent on the edge of the city – in 120-degree weather! – and when I took in the entirety of her plight, I asked her what she would most want me to do for her. ‘Just tell my story,’ she said. Her story, plus the harrowing tales of other enslaved people in Mauritania, became a composite backbone for Souria’s backstory.”

“There isn’t much about her, on the surface, that’s much like me, but at the heart of her situation is that she is managing the process of becoming a proper mother,” she said. “Before my children were born, I’d bought into the whole natural birth cosmology, that I was going to deliver them in a pool of water, and Bambi would come out of the woods and speak to me, and it would all be perfectly delightful. That’s not how birth is at all – for anyone – and mine were both born via emergency c-section. I felt like a failure. It took me years to feel like their proper, real, actual mother. I spooled that out in my head to the nth degree and imagined what it would be like if you acquired a child through nefarious means. How long would it take you to feel like that child’s actual proper mother? Writing Shannon helped heal me. It helped me realize that motherhood is in all the things you do after a child is born.”

Townsend’s writing process is a combination of plotting and pantsing (an industry term that means “flying by the seat of your pants”).

“On a first draft, I totally pants. I let the characters do what they want and what they will because I’m a big believer that character informs conflict, and that’s the only way towards plot,” she explained. “It takes me until the end of that first draft to figure out what, thematically, are a novel’s main concerns. Then, I tend to go back and fill in the foreshadowing that makes for an emotionally resonant ending. The chapters that are told in the perspective of the abducted child were a late-draft addition to Mother Country. When I wrote them, I cried, so I knew her voice was the perfect one to end the novel.”

Townsend can’t relate to people who struggle to find the time to write.

“The best part, for me, is leaving the real world for a few hours each morning,” she said. “Escaping is essential to my mental health. But the other side of that coin is that finding the escape, as a single parent, can be incredibly challenging. One of the reasons the chapters of Saint Monkey are so short is that I had to be able to revise one while a kid was at a piano lesson or taking a nap. I’ve had to be very strict about the habit of writing because I’ve been a single parent all my parenting life.” 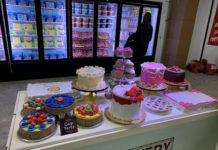 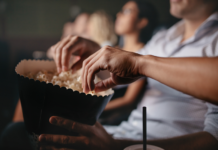 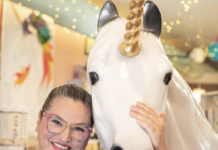 Headline: Stone and Spoon offers Artists a Chance to Thrive