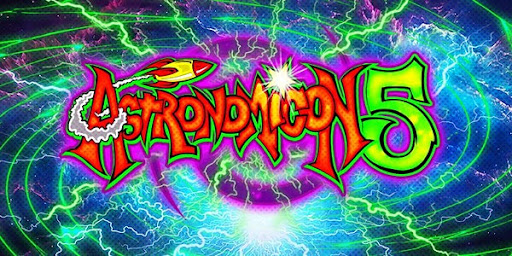 “I have the great privilege of working with (hip hop duo) Twiztid to write the Haunted High-Ons comic series, and through this relationship I’ve been able to meet and connect with many of their most dedicated fans, who in turn have gotten to know my other work. Attending Astronomicon every year is a way fans attending the con can pick up new books from me while we catch up face-to-face!” said Manning.

An Amazon bestselling and Ringo Award-nominated writer, Manning has penned the supernatural noir Tales of Mr. Rhee, the horror anthology Nightmare World, and the biographical Butts in Seats: The Tony Schiavone Story. He is also the special projects manager for Source Point Press.

This year, Astronomicon will set up shop at Burton Manor in Livonia during the weekend of April 22-24. Throughout the weekend, there will be comics, horror and pop culture memorabilia for sale, as well as an artist alley, panels, photo ops, cosplay contests, trivia contests, tattoo contests, concerts, and movie night.

“Astronomicon 5 is going to have the best line-up yet, with everything from comics to professional wrestling to pop culture to music being represented in equal measure,” said Manning. “Anyone who wants to see the full spectrum of what a comic con can provide at a local venue and reasonable cost would do well to check out this fantastic show!”

Astronomicon will set up shop at Burton Manor, located at 27777 Schoolcraft in Livonia on the following days and times:

Parking is free. Admission to Astronomicon does not cover the cost of celebrity autographs and photo ops.