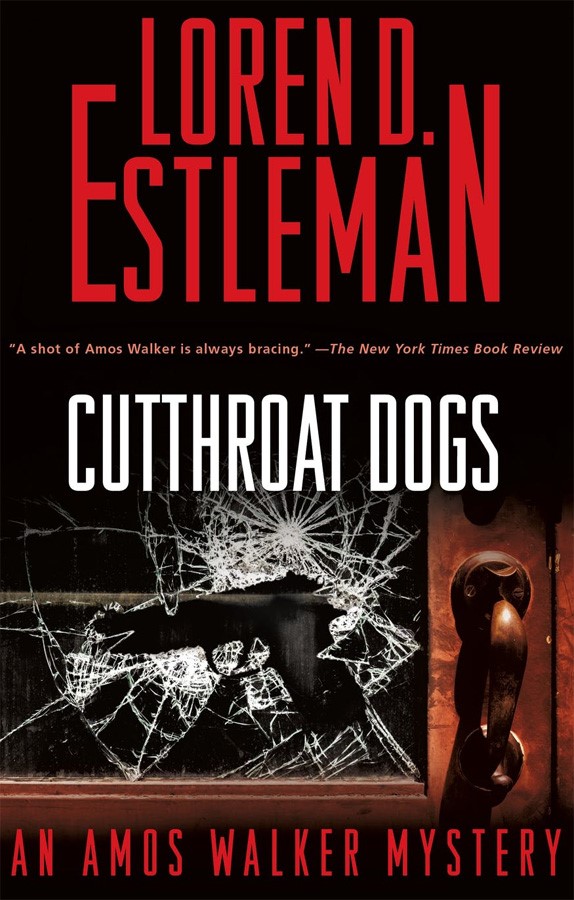 Both award-winning author Loren D. Estleman and Detroit-based, hard-boiled private investigator Amos Walker —  his best-known protagonist – have always been adverse to technology, but circumstances have forced both to finally, albeit grudgingly, join the 21st century.

Estleman, 69, an Eastern Michigan University alumnus, used to write on a manual typewriter. These days, he writes on a computer that’s been cobbled together from spare parts. It’s more of a glorified word-processor that he named “Frankenstein.”

“I only do that because my publishers laid off all their typesetters, so I wasn’t able to write my books on a typewriter anymore, which is the way I still prefer. I still do my first drafts either on my 1923 Underwood or my 1960 Olympia – two wonderful machines,” explained Estleman, of Whitmore Lake.

For Estleman, the real watershed moment for him was when he gave Walker, his hero of 29 novels – including the recently-released Cutthroat Dogs ($25.99) – a cell phone.

“This one time… I got a flat tire,” he recalled. “It was a pickup that had a spare tire mounted underneath the chassis. I wasn’t sure how to get that spare tire loose. I didn’t have a phone in my pocket. The decision-making point for me was when I walked into a drugstore. In every old movie you see, the squealer gets shot when he’s calling the cops from a drugstore telephone booth. The drugstore didn’t have a telephone booth. That’s when I realized my readers aren’t going to believe Amos will be able to find a pay phone whenever he needs one when he’s on the road.”

So, Estleman finally broke down and got a cell phone for both himself and Walker. 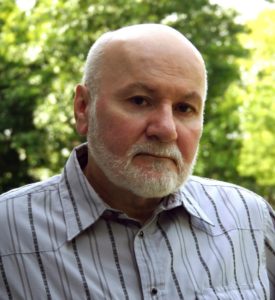 “I gave him a cheap phone that doesn’t work all the time, so I get to put him in jeopardy more often. When he needs to look something up online, he always goes to his friend, investigative journalist Barry Stackpole. Barry’s very tech-savvy,” he said.

“Barry’s based on a real-life journalist. When I was writing the first Amos Walker (1980’s Motor City Blue), I heard a story about a journalist reporting on the mob and somebody put a bomb in his car. That bomb killed him. I thought that would be a great background for the type of investigative journalist Amos would use for information from time to time…. Barry survived but lost a leg, two fingers, and he’s got a plate in his skull. I’ve used this character quite a few times; he’s been a real godsend for me.”

In Cutthroat Dogs – Estleman’s 84th published novel – Walker reopens a case from 20 years ago where a young co-ed named April Goss is murdered and her boyfriend, Dan Corbeil, goes to prison for it. However, Dan may be innocent. Walker investigates and runs afoul of many people, including April’s father, the host of the top-rated crime series Cutthroat Dogs.

“I was taking the dog for a walk and just trying to think of a title. I usually think of titles first. Once I have a title… I’ll poke in my pocket to see if something occurs to me, then I’ll get a concept, and I’ll think of 1-2 opening scenes. Once I have an opening line, we’re ready to go,” said Estleman. “It was a Shakespearean reference in The Merchants of Venice to ‘cutthroat dogs.’ It was Shylock talking about the way people treated Jews… The book has nothing to do with the treatment of Jews, but I liked that phrase, ‘cutthroat dogs.’ That one just stayed with me. I just had to keep thinking of that until the concept came along.”

“The ending usually occurs to me in the course of narrative. I hesitate to say it’s unique because I haven’t read every murder mystery ever written, but I think it is unusual,” he explained. “It’s probably the first time I actually knew the solution before I began writing… I’ve always found that if you’ve assembled a cast of interesting characters, they’re gonna do something interesting, sooner or later. I’ll let Amos follow the clues and, sometimes, he’ll walk into a blind alley and have to turn around and start over again. I’ll just follow him.”

Robin Agnew, who co-owned Aunt Agatha’s, the Ann Arbor-based mystery bookstore that closed in 2018, is a fan of Estleman. She hosted him many times at her store.

“Loren is one of the stalwarts of American private eye fiction with his classic character of Amos Walker and his iconic Detroit setting,” said Agnew. “His beautiful prose makes his stories flow like beautiful symphonies, and the books are a complete joy to read.”

In June, Monkey in the Middle – the 30th Walker novel – will be released. Estleman wouldn’t say too much about it, except someone’s stealing government secrets. There’s government officials who want the secrets back. And Walker is caught between both, making him the titular monkey.

“I had a great deal of fun writing that one,” he said. “I hope the readers like it as much as I did.”

New York Times best-selling novelist Steve Hamilton, best known for his Alex McKnight series that is set in the Upper Peninsula, has a lot of respect for Estleman.

“Loren’s one of the good guys, of course, and not just because he’s a fellow Michigander. More than any other Michigan crime writer I can think of, myself included, Loren has upheld the standard set by Elmore Leonard. I’m proud to be a fellow writer, a fellow Michigander, and a friend!” said Hamilton, a Detroit native and University of Michigan alumnus.

“I don’t write the same story, the same kind of book twice in a row, or I very rarely do,” explained Estleman. “I’ll write a contemporary mystery, then the next one will be a Western. The two genres are different enough for me that one is a vacation from the other. They’re similar enough that I don’t feel culture shock from one genre to the next. I like to call it literary crop-rotation. When I finish a mystery, I’m ready to do a Western. When I finish a Western, I’m ready to do a mystery. Each one’s fresh.”

Although Walker has been optioned several times by Hollywood, he’s never appeared on the big or small screen.

“I’ve come very close sometimes,” he said. “For a long time, I used to grouse about that – ‘How can someone write as many books as I have and gotten good reviews over the years and no movie deals?’ Then they filmed Beowulf (in 1999 and 2007, based on the epic poem written between the 8th and 11th centuries). That guy waited 1,000 years. I guess I can be patient a little longer.”