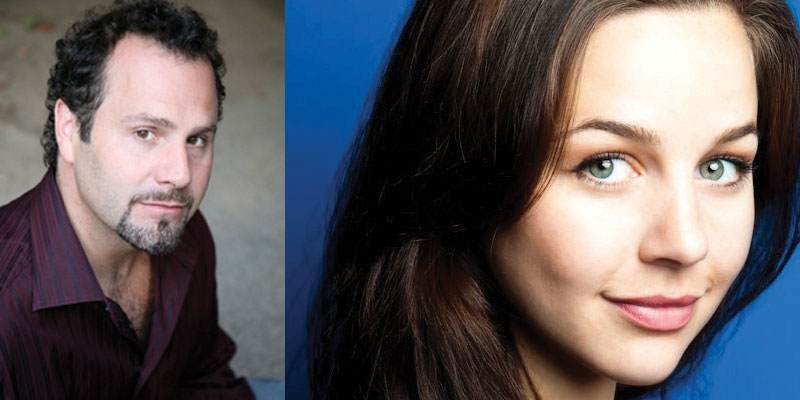 It’s no secret that a lot more people watch movies than see live musical theater. And even within the musical theater genre, Stephen Sondheim’s musicals are generally not as widely known as others. That all changed on Christmas Day 2014. Disney’s big screen release of Sondheim and James Lapine’s Into the Woods (ITW), featuring one of the most star studded casts in recent memory—Meryl Streep, Emily Blunt and Johnny Depp, just for starters—brought Into the Woods before a larger audience than most musicals ever get. Those who were introduced to Into the Woods via that movie—as well as of course long time Sondheim admirers—will have the opportunity to see the original musical live this month when Dexter’s Encore Musical Theatre Company presents a new production of the show.

The Encore’s production will follow the very successful formula they have employed for the seven seasons they’ve been in existence; take a well known musical, (at the very least well known among aficionados of the genre) bring in at least one Equity actor and/or director, often with Broadway experience, add some gifted professional actors and talented amateurs from the local and regional theater community, mix with excellent musical directors and musicians, and creative set and costume designers, and consistently produce high quality, memorable musicals. For this Into the Woods, the Encore will bring in Jessica Grové to play the Witch (the role Meryl Streep played in the movie). Grové has extensive Great White Way experience including appearances in the last two Sondheim revivals on Broadway, alongside Elaine Stritch and Bernadette Peters. The Encore’s co-founder, Dan Cooney, also a veteran Broadway Equity actor, will direct.

Into the Woods is a very clever reworked mashup of four Grimm Brothers’ fairy tales, Little Red Riding Hood, Cinderella, Rapunzel and Jack and the Beanstalk. Thalia Schramm, who will play the Baker's Wife, and is also the Encore’s Casting and Program Director says, “What’s great about Into the Woods and how it is written, is that everyone has a different reaction and emotional connection to it. You can identify with the mothers and fathers, or the children growing up, or the romantic relationships, and the wishing for something you don't have. What's really fantastic about this show is that it makes you think about what happens AFTER you get your wish.”