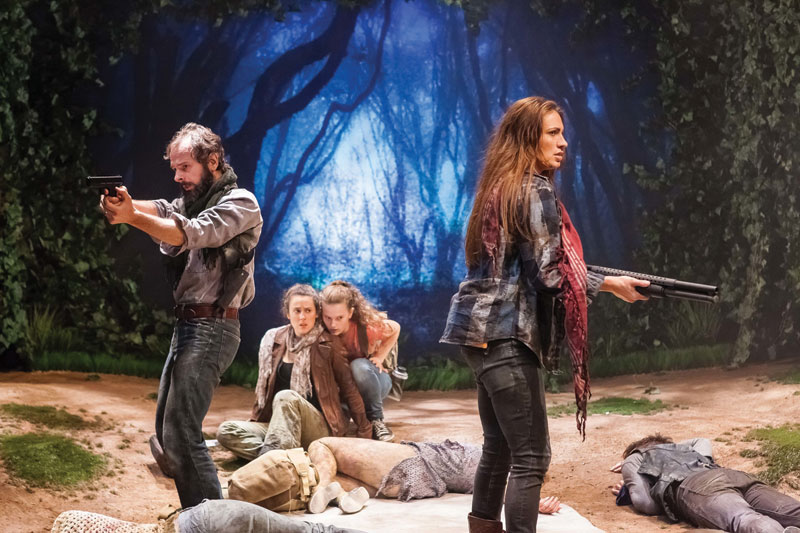 Michael Brian Ogden has been featured in many acting roles at the Purple Rose Theatre. He has also had two of his plays produced there., Bleeding Red 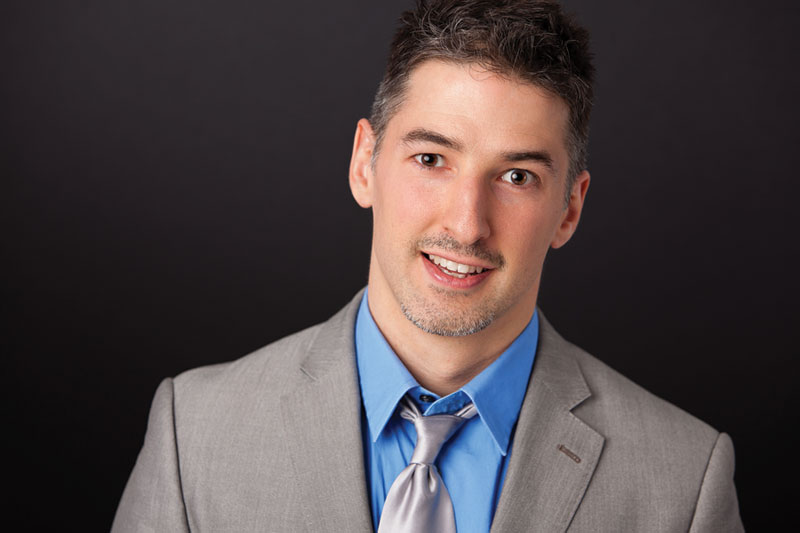 and Corktown, both realistic dramas. Ogden’s new play, 2AZ explores a different genre, leaving the realism behind. Directed by Purple Rose Artistic Director, Guy Sanville, the world premiere of 2AZ will run from June 11 through August 29th. We sat down with Ogen to discuss zombies, writing and the future.

Current: Zombies are not new. The movie, Night of the Living Dead came out in ’68, but there have been a lot of zombie apocalypse stories in popular culture lately. Why do you think that is?

Ogden: I’m so glad you asked me this question. (Laughter) I feel like the resurgence of the zombie genre has a lot to do with the fact that it’s the perfect metaphor for what ails us these days. Whatever you’re afraid of, it fits nicely into that. I don’t understand the people who are reluctant to believe global warming, because to accept the truth of climate change is really a selfish act; the world doesn’t care. The planet will take a breath for a millennia and come right back to wherever it needs to be. We are the ones who won’t survive it. I feel like the zombie apocalypse is us having to reap what we’ve sown. Zombies are our worst and ugliest traits, and they have finally turned on us. We are consuming ourselves.

C: There have been zombie movies, but not many plays. Why?

O: There is a lot of parody that finds its way to the stage, a lot of tongue in cheek. What has largely been missing from the genre is a sense of self-awareness. If we’ve all been watching these same movies, and we all joke about them in the same way, if tomorrow you were walking down the street and saw a zombie, (laughter) you would know that it was a zombie and hopefully you would take appropriate action. So, how in a world like that, how can it reach such a problematic scale? That was the task I set for myself, to see if I could write a play about this subject matter that would be self-aware in somewhat of a challenging way, while still being faithful to the genre. I came to think of it as my love letter to the genre.

C: One of the things I especially liked about Corktown was the juxtaposition of serious violence and stylized violence, almost slapstick violence. Will 2AZ have a similar mix?

O:These stories are never about the zombies, right? They’re about the people who survive and continue to survive. When you think of the zombie apocalypse, zombies are the easiest part of the apocalypse to deal with. Just a plain old regular apocalypse would be bad enough—food, water, shelter, where is that all gonna come from? No heat, no electricity, no medical resources, if you’re injured things could turn into a nightmare scenario really easily, and now there are zombies on top of that. We’re trying to treat this story with enough realism so that the romance of the situation is still present, but it cannot be given priority. It’s not that these people don’t find joy, pleasure, or fall in love, but their first, second and third priority has to be survival and then everything else can sort of trickle into it. We want to have places where the audience can, (Ogden lets out a long exhale) with the characters, but we’re really working hard to make sure that those moments are earned and that they’re honest.