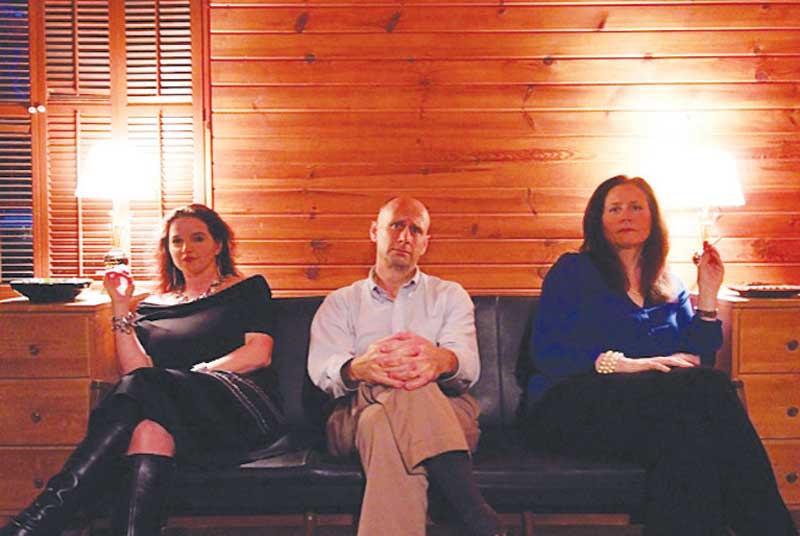 Ann Arbor’s Civic Theatre presents Harold Pinter’s Old Times, running November 21st through the 23rd. Pinter, who won the Nobel Prize in Literature in 2005, is widely regarded as one of the leading playwrights of the 20th century. Yet, as Thomas Stack, who’ll be directing the play at the Civic’s Studio Theater says, “We don’t get to see Pinter in town that much. I think it’s great that Civic chose to do this play.”

Stack has a degree in theater and film from the University of Michigan and has worked in film, television and theater in Los Angeles and Michigan. He’s been a member of the Civic for three years and has acted and worked in production on several plays there. We asked him to tell us about Old Times.

Stack: It’s a psychological drama. A married couple reunites with the wife’s friend from 20 years ago. Through the course of the evening secrets are revealed that jeopardize the relationships of all three characters.

Current: Pinter said, “What goes on in my plays is realistic, but what I’m doing is not realism.” Would you talk about that?

We lie to tell truths. By creating fiction, we can create real moments and real emotions, and represent what we look for in life; the pain that we endure, the joy that we feel… I think Pinter does this extremely well.

This is the first play you will be directing for Civic. Talk about standing on stage versus sitting in the director’s chair.

As a director you’re responsible for all of it. You make all the decisions about what the audience will see on stage. One of your roles is to find what’s in the text and bring it to life; creating an atmosphere where the actors and everyone involved are able to bring that to life. Now acting, that’s the scary side. You’ve got to actually take those words and make them real. Not just the words but what’s going on between the words, making that real.

What do you try to do, as a director, to help your actors do that?

Every step of the way you’re trying to create an atmosphere where they can go where they need to go to get to those emotions and to bring them out. Every actor has their own way of going about things, their own process, how to get from A to B and finally to C, and you need to be able to recognize those things. The actors are going to be the ones that are going to be responsible for moving you, the audience. How true they are to their emotions and what they portray, what they bring to the moment, that is what is going to move you when you watch.