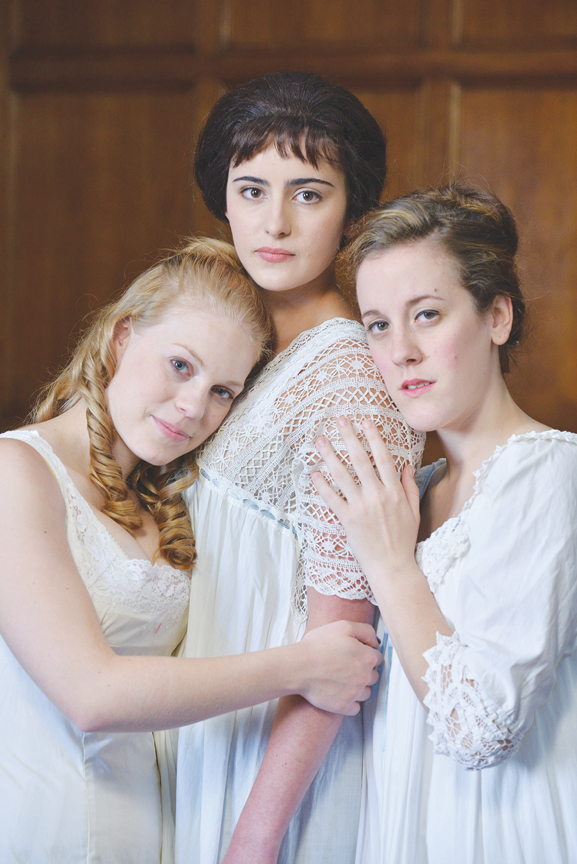 The University of Michigan’s School of Music, Theatre and Dance will present Anton Chekhov’s Three Sisters November 21-24 at the Arthur Miller Theatre. Priscilla Lindsay, Professor and Chair of the Department of Theatre & Drama will direct, and Lindsay Wormser, a sophomore in the BFA-Directing program will serve as assistant director.

Chekhov is one of the most celebrated Russian playwrights of all time—why did you choose to perform one of his plays?

Prof. Lindsay: Chekhov is a delight to direct because he’s so close to the heart of actors and directors. He’s only second to Shakespeare in his characterizations and in his understanding of the human spirit. I think that his material provides an actor with amazing opportunities for growth and exploration.

Wormser: I love that although Chekhov plays are done often, they are not done as often as Shakespeare, so not everyone knows the plot beforehand or has preconceived ideas about the show.

What are the challenges in presenting Chekhov?

Wormser: Not doing Chekhov in his original Russian. Our translator, Libby Appel, has done a remarkable job, but still I feel a lot gets lost in translation. There are many puns, sayings, and references that unfortunately do not quite work in English. However, Libby's contemporary Americanized translation makes it easier for the audience to comprehend than perhaps a Shakespeare play.

Prof. Lindsay: One of the challenges for me will be that I like to move very quickly in a rehearsal period. I like to get a play on its feet and explore the beats in a detailed way. That will not serve me with this play as much. That’ s because I think that Chekhov requires breathing room, the actors need to have the freedom to experiment and create an ensemble of trust in the rehearsal room that really goes beyond the simple blocking and rehearsing of a script.

This is a play about, mostly, young people just setting out on their adult lives. It might be especially meaningful for young actors.

Prof. Lindsay: Definitely. Of all the major Chekhov works, Three Sisters is the most accessible for young actors. I think they’ll really be able to sink their teeth into the joy and the angst, the trials and tribulations of these young people who want to get on with their lives, who yearn to be somewhere other than where they are and who are encountering all those issues that seem so black and white to young people. And then you’ve got the older characters; they’ve lived enough life that they know about how things are not so cut and dried and to be careful what you wish for.

Wormser: The themes of Chekhov plays are timeless. The sisters' longing to go to Moscow reminds me of when I wanted to leave New Jersey and come to Michigan. I wanted to start an independent life, become an adult and I felt as though college could not come soon enough.

Prof: Lindsay: I think in all successful productions of Chekhov, you have to focus on the people. You don’t want to clutter the stage with things or with objects—you want to evoke the feeling of the period. It’s about these people and about their lives, and that’s what I want it to be about. We should feel like we’re immersed in this very specific world and if we’re successful, our rehearsal process will allow this play to bloom.