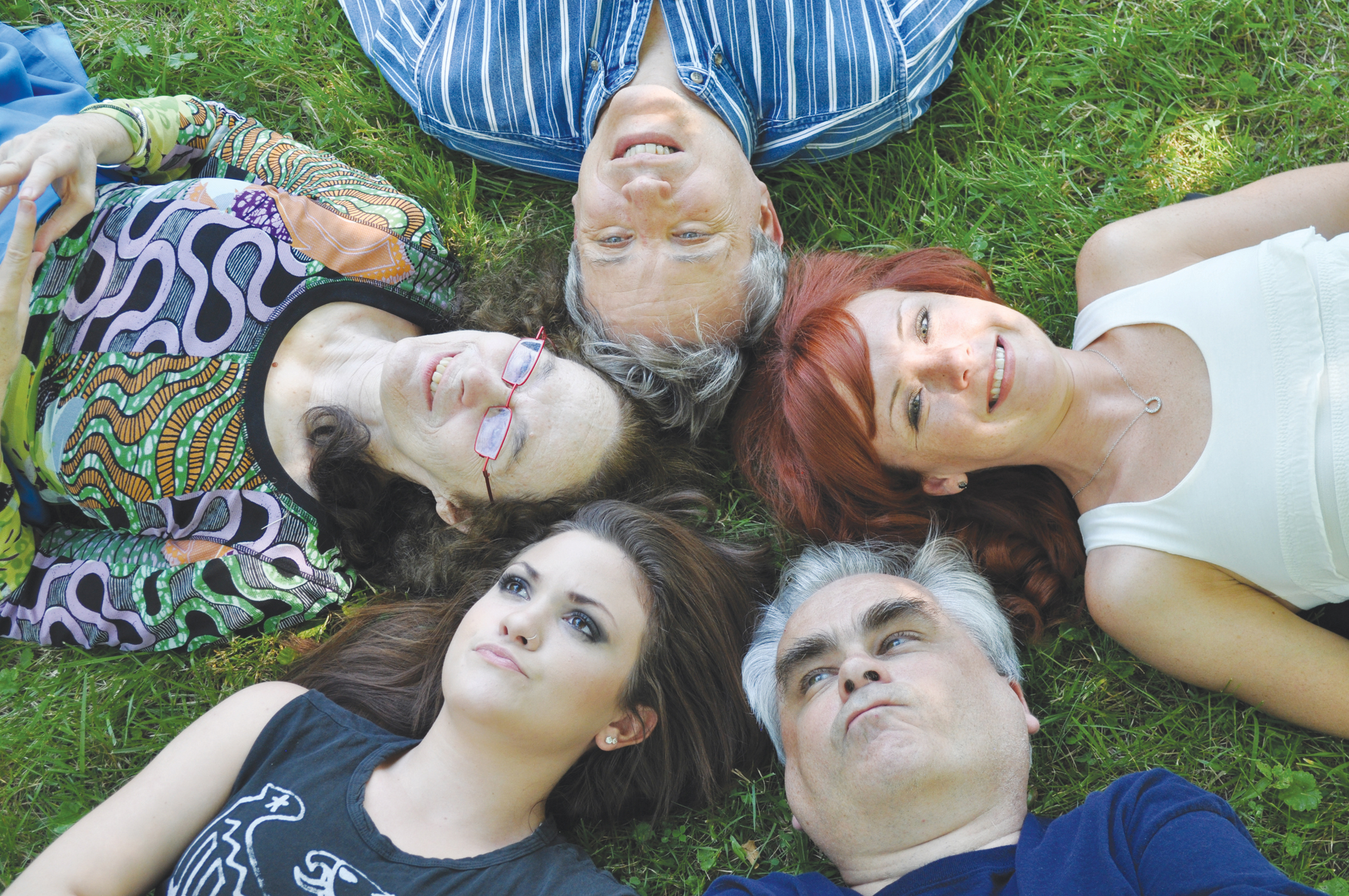 Redbud Productions is unique among local theater companies in that their main focus is on training actors. The brainchild of Tim and Loretta Grimes, both of whom received their theater training at the American Academy of Dramatic Arts, the company has primarily focused, since it’s beginning in 1999, on acting classes for high school students and adults, with a couple of productions every year showcasing the talents of their students. Many of those students have gone on to perform at other local companies including the Purple Rose Theatre, Encore Musical Theatre, and Ann Arbor Civic Theatre, and some of their young students have continued their studies at the Yale Drama School, New York’s Circle in the Square and other Theater programs. Circle Mirror Transformation won multiple awards, including the 2010 Obie Award for Best New American Play. Tim Grimes, who will portray one of the roles in the play, and Loretta Grimes, who will direct, talked about Redbud and Circle Mirror Transformation.

Loretta Grimes: Circle Mirror Transformation is a theater game. It’s the perfect piece for us because it’s about an acting class. It’s comedic, but it also has a lot of meat, which is what I love. In Circle Mirror Transformation everyone is sort of at a crossroads in their life, looking to redefine who they are. It’s an interesting journey you take with these people. We’ve seen it over the years in our own teaching; friendships develop, relationships develop, things are unveiled in an acting class you would not see in any other class.

So events in this play resonate for you?

Tim Grimes: Definitely. The people in this play are wondering why they’re playing all these theater games. Our classes are based on the Meisner method, which is what we studied; a game that teaches you to connect to someone, to really listen. It’s a repetition game, and you keep repeating until something changes in you, or something changes in the other person. And you start with this very simple game, you do it the first class and then every class something’s added on, and you can see people thinking, “Why am I doing this?” So it’s very similar to Circle Mirror Transformation in that sense, people are wondering why am I playing this game?

Why am I playing scales when what I really want to do is to play Bach—or The Beatles?

Tim: Right. The nicest thing about the plays for us is developing the characters and working on them. When we do the performance it’s kind of like the icing on the cake and it’s nice that people come to see it, but we really love working on it.

Loretta: The educational piece is really important to me. I feel like if you give them the skills and the tools to do it, then it’s nice to give them an opportunity to spread their wings and try it.