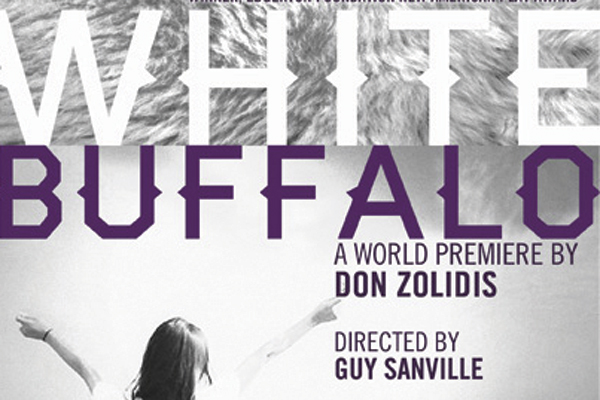 The Purple Rose’s next play, their 80th production since their founding in 1991, is a world premiere. Don Zolidis’ White Buffalo, which is now open, is based on an actual event, the birth of a white buffalo calf on a small farm in Wisconsin in 1994. The occurrence, long prophesied in Sioux tradition as a portent of peace on earth, is the play’s jumping off point, but all the characters and events portrayed are fictional. Purple Rose’s Artistic Director, Guy Sanville, and veteran actress Michelle Mountain talk about the play.

Why did you choose this play for the 80th production?

Sanville: Don is probably the most prolific playwright that you’ve never heard of. There’s somebody doing a Don Zolidis play every day of the year in America. It’s the kind of theater I really enjoy directing. It’s got this core of reality, but it’s spectacular around the edges, there is a lot of spectacle.

Michelle, you’re playing the part of Carol, the mother in the play?

Mountain: I’m from Wisconsin. My grandparents were also farmers. My parents still live there. I feel like I just know these people, I lived with them, I grew up with them. It’s home for me, still. We visited the actual farm and met Valerie, (the person that the play’s Carol is based upon) who owns the farm with her husband and children.

Sanville: That was an extraordinary experience. She was offered huge sums of money for that calf. I’ve never met anyone before who turned down literally millions of dollars to do what she thought was the right thing.

Mountain: More than once.

Sanville: They’re middle class. Her husband drives a truck and runs this tiny farm, and she breeds dogs and they’ve got some bison, but…

Mountain: It’s not a prosperous farm. They could have used the money. They didn’t charge (visitors) for anything.

Sanville: She has a museum there, which is closed now, but she let us in. People came and left mementos to honor the calf. I was just overcome looking at these things. The hope and the grief … a dad who was a fireman, who died in a fire, his cap was there …

Mountain: Thousands and thousands of people came. They came from all over the world; the Dalai Lama came. The county police wanted her to shut down because there were so many people, and she just looked at them and said, “You go ahead and tell them they can’t come any more.” (Laughter) 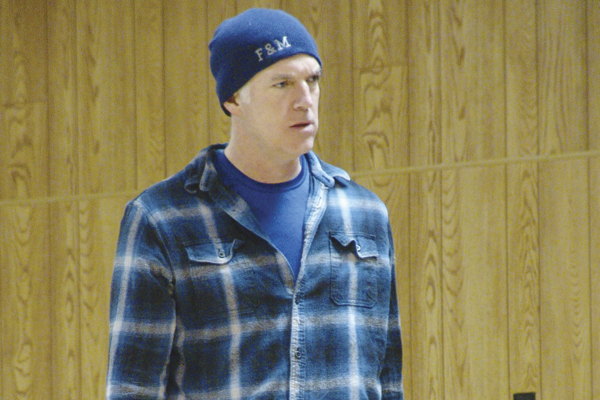 Sanville: The play is really a story about healing and about this family. This is the miracle that helps them along their path. It’s funny and it’s heart wrenching. I’d like a lot of young people to see this. We want them to see that it gets better. Showing up is half the deal. I think when you lose hope you lose the will to show up. That’s what the calf is called in the play, Hope. And a lot of people show up in this play.

Mountain: They don’t even know why they’re there.

Sanville: But it matters, it makes a difference and it saves a family.