The Full Monty: The Encore Theatre’s Season Opens with a Stylized Strip Show 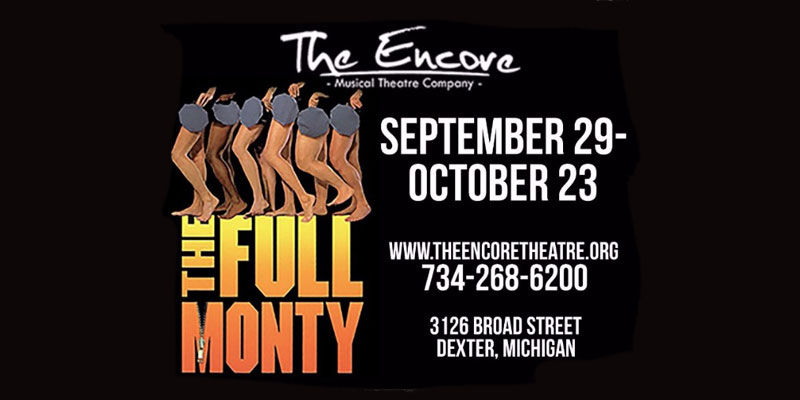 The Encore Theatre is opening its eighth season with The Full Monty, a musical based on the wildly popular 1997 British film of the same name, and nominated for ten Tony Awards when it opened on Broadway in 2000. Current spoke with Matthew Brennan, who is co-directing the Encore production with Thalia Schramm. Brennan will also choreograph the show.

Current: Tell us a little about the different challenges and joys of acting, creating choreography and directing.
Brennan: I have enormous love for each aspect of creating. I can’t imagine ever giving up performing, but I do prefer looking at the larger picture and shaping the story and how it’s told. No matter which hat you wear the job is always to tell the story. They’re all part of a collaborative effort. There’s something exciting about wrangling a group together and watching how each piece informs the next, while learning how the whole puzzle fits together. You always have a strong idea of the trajectory and shape of the piece but you don’t really know what it will become until the whole “team” is together. That’s one of the things I love about live theater, it’s fleeting and specific. You can never see the same show twice. You can watch the same actors on the same set, in the same costumes, speaking the same words, but it only exists for that one moment.

What can you tell us about this musical?
One of my favorite things about The Full Monty is its score. David Yazbek writes such specific and interesting music and the edge and humor within it really establishes a world for the story. It’s also a great underdog story with a bunch of laughs and just as much heart.

And tell us about this production.
Because it’s based on the film, the show has a very cinematic feel in terms of the number of locations, and how briefly we visit some of them. Kristen Gribbin has designed a beautiful set that gives us the opportunity to change the aesthetic of the stage by simply opening or closing a door. Between that and some stylized storytelling techniques, I think Thalia and I have a few things up our sleeves to accomplish a different feel for the numerous locations.

Current: Will you use the Broadway choreography, or create your own?
The choreography will be all new and specific to this production. You can expect a few nods to the Broadway production and specifically to the iconic strip at the end of the show, (spoiler alert?) but for the most part it will be tailored to our cast and set. I see the opening number so clearly when I listen to it, so that has become the template for the feel of the movement of the whole show.

The Full Monty will run at the Encore Theatre
from September 29 to October 23.