Why Not Me? A Sammy Davis Jr. Story 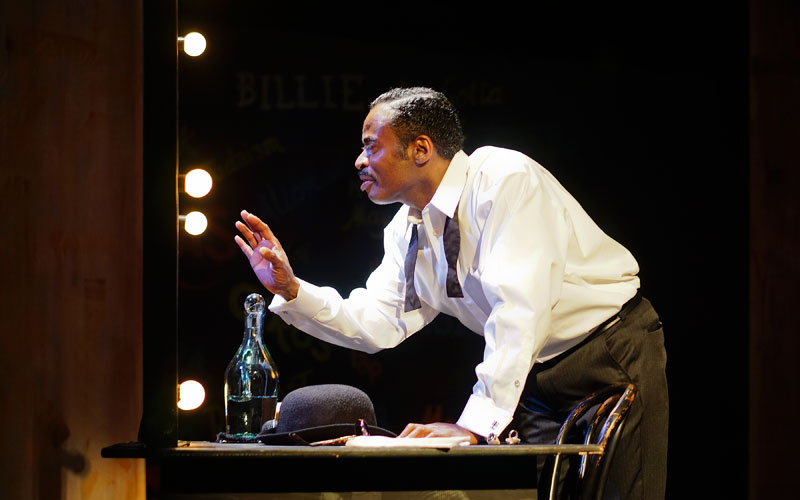 In November, Ann Arbor’s Performance Network Theatre is producing Why Not Me? A Sammy Davis Jr. Story. Tim Rhoze wrote the play and will also direct. Rhoze has directed several previous plays at the Network, the most recent being Ain’t Misbehavin’, a revue based on the life and music of Fats Waller, but this is his first venture as a playwright.

Current: What led you to write this play?

Rhoze: I had this idea, telling some kind of story about Sammy Davis Jr., in my mind for some time, and then it finally found its way on to paper. I really enjoyed the journey; it was a very different kind of creative experience for me.

I was working on a play at the Alabama Shakespeare Festival in Montgomery, Alabama;  I met actor Sean Blake. Not only did he have tremendous acting chops, he was a legit triple threat, he could act, sing and dance and he bore a remarkable resemblance to Sammy Davis Jr. We started chatting about the possibility of him portraying Sammy in a play. I had no idea at the time, some six years ago, that I would be the one writing it. I approached a couple of playwrights regarding penning a play about Sammy, but they were not interested. So, long story short, I was like, “To hell with it, I’ll write it!” And there you have it.

How many actors in the cast?

To what does the title, “Why Not Me?” refer?

Sammy’s first autobiography Why Me?, was the inspiration for the title. I just flipped the script on the question he asked and explored the premise of him asking, “Why not me?”

The play is subtitled A Sammy Davis Jr. Story. Please talk about the “A” versus the “The.”

It is not the complete story of Sammy Davis Jr.; it is a snapshot of a specific time in his life. It’s not a musical retrospective of his life, it’s not a revue, it’s a play.

Does the play deal with his involvement with the Civil Rights movement?

I really don’t touch on that part of his life. It was an important part of his life’s journey of course, however, I choose to focus on a period of time in the late 50s when he was dealing with the horrific car accident that took his eye, the circumstances that led up to the accident and the incredible aftermath.

Sammy Davis Jr. died 25 years ago. He was known as “Mr. Wonderful” and often referred to as the Greatest Entertainer of his time. What do you feel is his legacy today?

He was one of the most gifted artistic talents to have existed…anywhere at any time! His physical gift ultimately detonated as a result of the cancer that ravished his body; and as a result his spirituality grew stronger. His ability to reach beyond the footlights to touch the hearts and souls of millions through his tremendous success as a performer and at times an even bigger failure as a man, and his admission of his failures, made him a super nova amongst the stars.