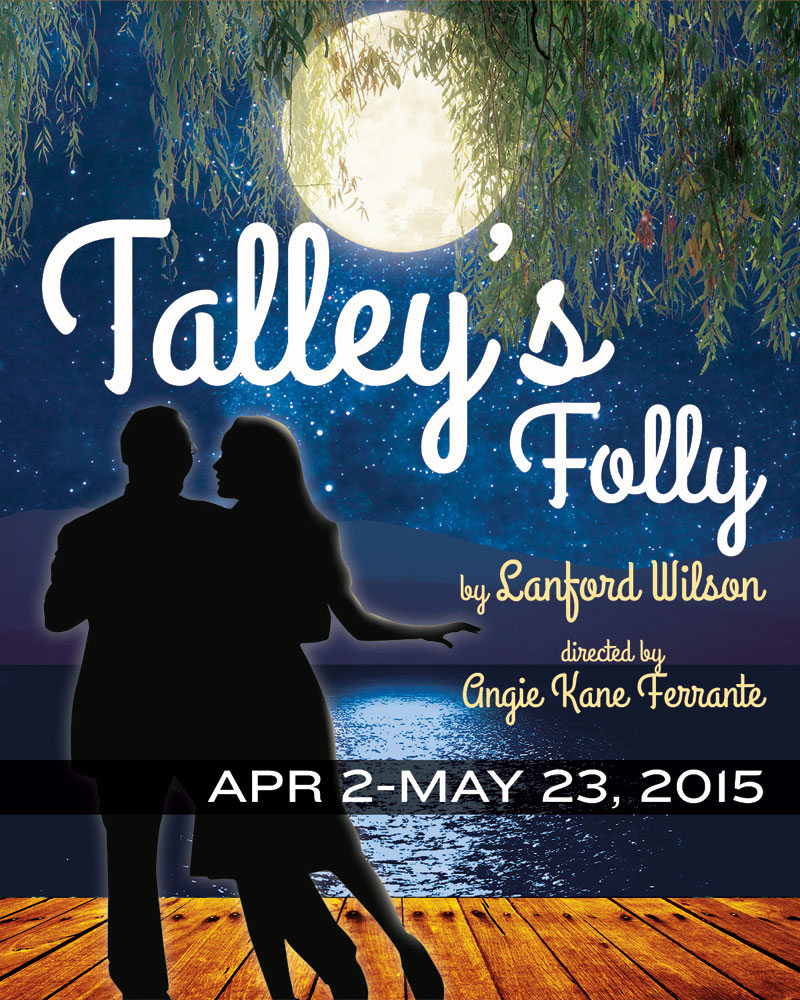 Talley’s Folly, Lanford Wilson’s Pulitzer Prize winning play, is the Purple Rose Theatre’s spring offering. Fitting for the season, it’s a romantic comedy about an apparently mismatched couple, Matt and Sally, who, in the course of a single night, discover what they share and how they might, in fact, be a perfect match. Angie Kane Ferrante, who has been associated with the Purple Rose since the spring of 2012, first as a directing intern, then as choreographer, and most recently as stage manager, will direct her first play at the theatre.

Angie Kane Ferrante: I enjoy wearing lots of hats, but I love directing most of all. I’m used to choreographing, looking for props, doing stage management, so transitioning here before directing was normal, but definitely directing is the most exciting to me.

Current: Tell us about Talley’s Folly.

Lanford says, and I think it’s true, that it’s a valentine. We get a glimpse inside the world of these two people.

As you said that your hands mimed focusing binoculars.

Yes, you get a little tiny peep into this world, into this one night that transpires between these two people, that changes them completely. Matt has this line, “You know, you can put on a pretty dress, or you can tell me to go away, but you can’t put on a pretty dress and tell me to go away.” That sort of captures the play, it’s very much an advance and retreat, it’s about love and making a decision to move toward it.

Talley’s Folly has only two characters, but some people have referred to the Victorian boathouse where the play is set, and which is the play’s title, as the third character.

We have a really great set designer, Sarah Pearline. She and I had some preliminary conversations and we were very much on the same page right from the beginning. We talked about what we thought the play was about and we came up with the idea of a treasure and a treasure chest. This place is very much like an imaginary and a literal treasure chest. There are various levels to play with and there’s a boat. We discussed using real water, we discussed using reflective surfaces… Everybody is so excited to work on this play. I’ve been running the production meetings for other shows for years now and I’ve never seen a group of designers just wanting to keep talking (the way they did) about this design. It’s a place that someone in Sally’s family had built a long time ago. She goes there when she needs to get away. Some pretty significant moments in her life happened in this Folly, in this place.

I hope that people, even though maybe they didn’t live this, will see themselves in this story and get swept up in it, and get totally lost in it. Lanford writes that way. Before you realize it you’ve been cast in this spell. I think people will walk away smiling.