Parental strife on stage at The Purple Rose 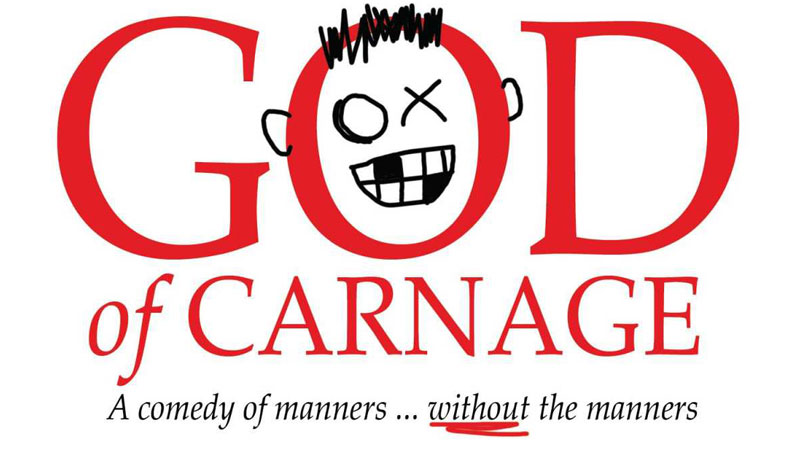 It’s often said the personal is political, and in this time of divisive political conflict, The Purple Rose Theatre will explore the dimensions of domestic discord by opening its 2017-2018 season with Tony-award winning comedy God of Carnage. Written by Yasmina Reza and translated from the original French by Christopher Hampton, God of Carnage opened on Broadway in 2009 with Purple Rose founder Jeff Daniels in one of the four roles, and won the Tony for best play that year. Current met with Director Lauren Knox, along with Guy Sanville, Purple Rose Artistic Director, and Michelle Mountain, who handles one of the female roles, to hear their insights about the production.

Knox: It’s about two sets of parents who get together to discuss an altercation that their boys had on the playground. By the end of the night the parents prove to be the ones who are…

Knox: It’s a lot of fun getting there. It’s kind of an unraveling. It starts off with the need to impress, and we go from, “This is who we are,” to “This is who we really are.”

Did any of you see Jeff Daniels in the Broadway production?

Sanville: I did. He did both male roles (at different times in the run) and I saw both versions.

Mountain: I saw the first one, when he was Alan.

Will you bring some of what you saw from his portrayals into the production here?

Sanville: Maybe just the viciousness! (Laughter) It gets pretty ugly. We hope the uglier it is, the funnier it is.

Knox: We met with Jeff and he had some really great things to share about his experience with the play. He said it’s Who’s Afraid of Virginia Wolf, only funnier.

Sanville: I think it’s just as vicious, in like a third of the time. (Laughter) I counted the other day how many times she (he points to Mountain) corrects me in the play. Guys just love it when they are corrected, especially…

In front of other people!

Sanville: In front of someone you want to impress. Once that train leaves the station it doesn’t let up.

Mountain: I’m a little horrified at how much I might be like this person! (Laughter) I said to Guy the other day, ‘I know why you get irritated at me for certain things, because I DO THAT!’ (Laughter) That’s gonna be fun.

Knox: We have a really great set design that is going to help in propelling us into this world.

Sanville: It’s a lot nicer than my house! (Laughter)

Mountain: Yeah, I was excited by the costume design. “Oh, I get to wear some of this stuff I can’t afford.” But you know what I think is going to be fun is finding the heart. I think it’s easy to stay on the surface of the viciousness, but real viciousness comes from having a heart.

Sure, if the audience just winds up hating you for being nasty…

Mountain: What good does that do? These characters – they’re like a string quartet in chamber music – perfectly balanced. Of course a play is different…

Sanville: Not all that different.

Knox: It’s got to be tight. Jeff talked about that; not letting it get loose, that tension is what makes the music.

Knox: The more I read it, the more I realize if we don’t listen we don’t have a play. We have jokes and that’s it.

God of Carnage runs through December 16
For more info or to purchase tickets, visit PurpleRoseTheatre.org