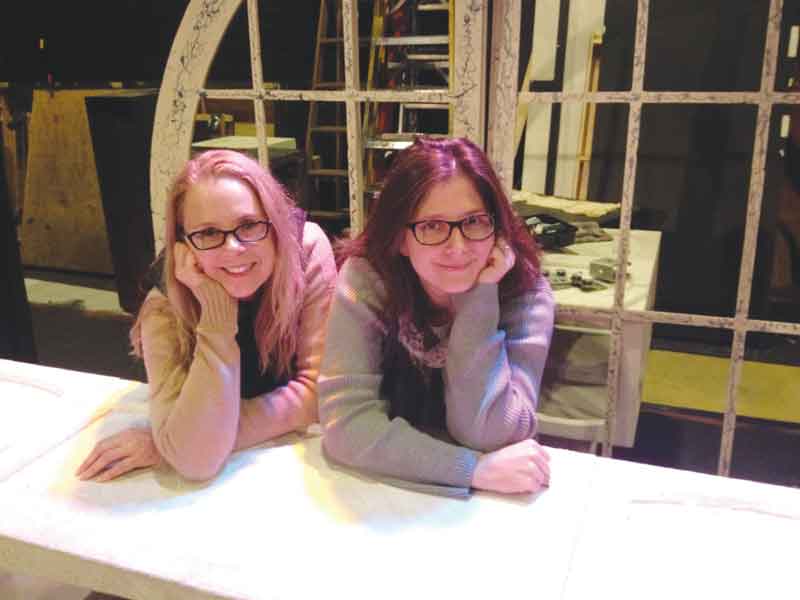 he Performance Network is offering a new adaptation of the well-known O. Henry short story, “The Gift of the Magi,” this holiday season. Award-winning, Michigan-based playwright, Annie Martin, wrote the two-person play while PNET’s Artistic Director, Suzi Regan directs this world premiere production. I began by asking Regan how the newly revived Performance Network is doing

Regan: We are hanging in there. As you know we have inherited incredible debt. It’s stressful. It isn’t brain surgery but we take this very seriously. We have the desire and knowhow when it comes to making plays, making art. We think the Network and professional theatre are important to Ann Arbor and to Michigan, so we remain optimistic.

Current: How did the play come to be?

Martin: Suzi approached me about trying my hand at a Christmas/Holiday show. I knew the story of the Magi not through the original O. Henry text, but from the Sesame Street version with Bert and Ernie, and there have been other adaptations throughout the years. To be honest, I didn’t know what a Magi was as I was brought up fairly agnostic. So I read the original O. Henry story, liked the concept (although the four page story is rather dated and completely sexist–still sweet and I guess appropriate for the time it was written), and thought “why not.” The challenge of course being how to turn a four page simple story into a full-length play. So in thinking of how to tell the story, I did research on O. Henry, the original story, and also went back to the story of the Magi and the birth of Christ.

Regan: Annie has woven the traditional story into a 1960 adaptation and an adaptation set in 2014. She explores unconditional love and compromise…how this looks in the different time periods, in the different situations. It is not a musical but a play with music. The songs are the transitions. I’ve written several songs for guitar and voice…only a few of them will see the stage, and they will be sung live to both live and pre-recorded guitar.

Martin: The play is three different Christmas Eve scenarios in three different time periods with a man and a woman at the heart of it all. You get the original tale of O. Henry’s from the 1900s, then we shift to a different tale in 1962, an ex-couple seeing each other for the first time, and finally we get to the present and watch a newly married young couple sharing their first Christmas/Hanukkah together with big news and miscommunications all happening during a live retelling of the birth of Christ at a local church. You don’t have to believe in anything but the beauty of the human spirit to enjoy such a timeless
classic.

The Gift of the Magi runs through December 21st on Fridays, Saturdays, and Sundays only. PNET will also present “This Wonderful Life,” the classic Christmas story, as a one-man play through December 18th on Tuesdays, Wednesdays, and Thursdays only. $19.50-$39,
Performance Network Theatre, 120 E Huron St.,
(734) 663-0681, performancenetwork.org