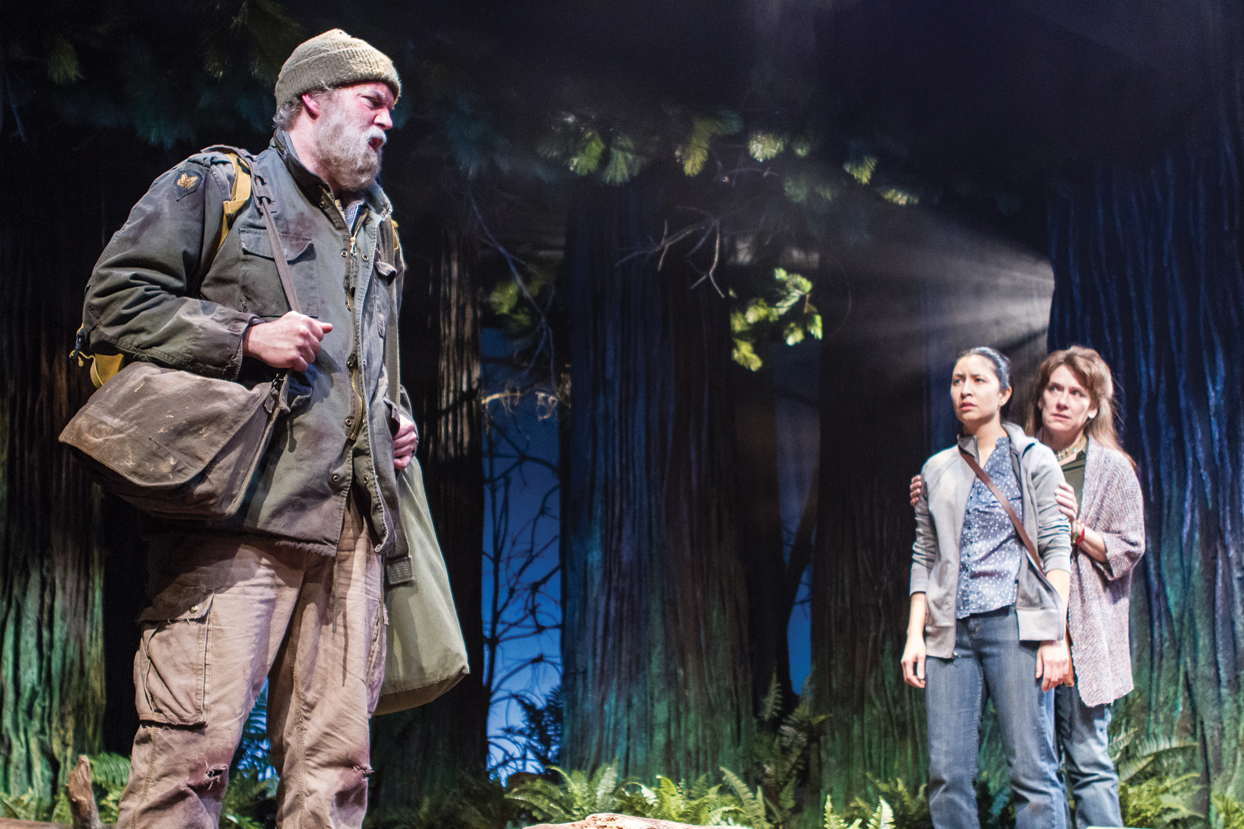 Lanford Wilson's play, Redwood Curtain, is the Purple Rose Theatre's winter offering. Stephanie Buck is making her directorial debut, and longtime Purple Rose actress and director Michelle Mountain will take on one of the three roles in the play. Current talked with them about working together and about Redwood Curtain.

Buck: I was an apprentice here at the Purple Rose in the 2006-2007 class, and then, after that, I got hired as a stage manager, which is really excellent training for directing. You facilitate for the director, but you also get to listen to all the notes that the director gives the actors and see what things work for people—what sort of language works for different types of actors. I think directors have to be able to speak many languages. You have to talk with designers in a way that works for them, you have to talk to an actor the way that helps them, and different actors are different. Once the show opens, the stage manager is in charge of maintaining the actors and everything. I love the sort of collaborative work that theater gets to be, that you don’t get very often elsewhere. This show came up and Guy (Sanville, Purple Rose’s Artistic Director) asked me if I would direct it, and I said, “Yes!” (Laughter)

In about two seconds. (Laughter)

Buck: I was lucky. When I first started stage managing there were also a lot of new actors in this company. They were learning how to perform for ten weeks and I was learning how to maintain actors for ten weeks. The first show I stage managed, Michelle directed. I was an apprentice for a long time while she was an actor, so we became very comfortable with each other.

Mountain: I feel like since we knew each other pretty well […] I just felt like we didn’t have to say a lot in rehearsal either, which is pretty rare.

Tell us about Redwood Curtain.

Buck: It’s about a young girl, Geri, seventeen, who is looking for her biological father, who she believes is a homeless Vietnam vet living in the redwood forest in California. She has been adopted into a very wealthy family in California, and her adopted father has passed and now she’s looking for her biological father, and she thinks she’s found him. She’s staying with her aunt, who Michelle is playing, and the play is about how they come to all be looking for themselves, together.

The title is intriguing.

A curtain is something that you can hide behind, but it can also reveal. Redwoods bring to mind the past, and history.

Mountain: I feel like it’s a redwood curtain because while he is hiding in there, hidden knowledge is in there too, and throughout the course of the play, so many things are revealed. The longing for your family, to know who your family is, and that they acknowledge you, is thousands and thousands of years old.

Like the redwood forests.
Buck: It’s a real world where magical things happen.