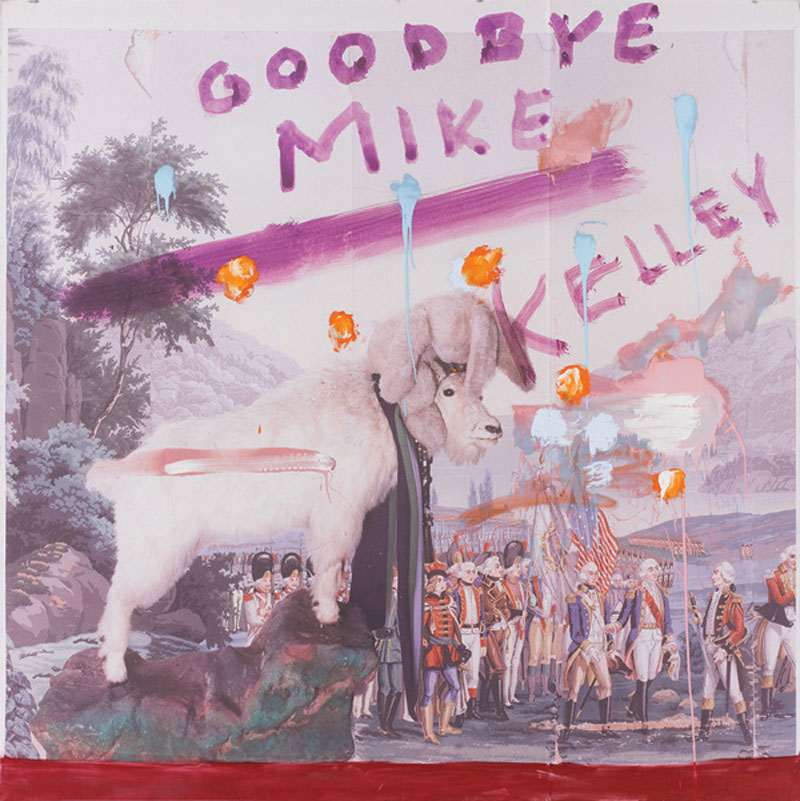 Do you know the name Julian Schnabel? No matter. Just make a beeline for the University of Michigan Museum of Art for an exhibition called simply “Julian Schnabel.” It is a survey of the work (mid-70s to the present) of the larger-than-life artist who is loved and hated, revered and violently despised by artists, art dealers, art lovers and art critics around the world. This is a big-time show the likes of which are seldom seen outside New York, Paris, London, and the bold-faced foci of the artistic universe.  Schnabel was born in Brooklyn (New York, not Michigan) and was obsessed with drawing as a young child. At 15 he moved with his family to Texas, where he smoked pot and ended up with a Bachelor of Fine Arts degree from the University of Houston. In 1975 he and his future wife ran off to New York and the bohemian life of struggling artists. Toward the end of the 70s he hit on his signature “plate-paintings,” broken ceramic dishware glued to gigantic Masonite surfaces and painted over to produce a sort of 3-D pointillism. The effect was electrifying, and the mammoth sizes alone were stupendous.

By 1981 Schnabel was skyrocketing to superstardom. A few critics found his work brutally thrilling and compared it to Jackson Pollock’s. Other critics called his work stylized maximalism, ambitious and impressive but merely fashionable and tasteful, a calculated revolt against the artistic simplicity in vogue at the time. In short: a shtick, a gimmick. His brash ego was a key to self-promotion, but it began to grate. He likened himself to Picasso and Van Gogh. He walked around New York in paint-splattered silk pajamas and his trademark glasses with yellow-tinted lenses. An un-ironic self-approval and utter absence of humility began to be looked upon as comically self-serious. It was said that Schnabel dealt with all the big subjects: Death, God, Art and Julian Schnabel. His erstwhile dealer, Leo Castelli compared him to King Kong and a bull in a china shop. For a 2008 “60 Minutes” segment called “Renaissance Man,” Morley Shafer interviewed him, but when Shafer quoted the critic Robert Hughes—“Schnabel’s work is to painting what Stallone’s is to acting: a lurching display of oily pectorals”—Schnabel became petulant, garrulous even, and he refused to talk about anything but that for the remainder of the interview. Hughes’ criticism was unfair and stupid. Schnabel’s reaction was out of character.  He’s much more entertaining in real life. 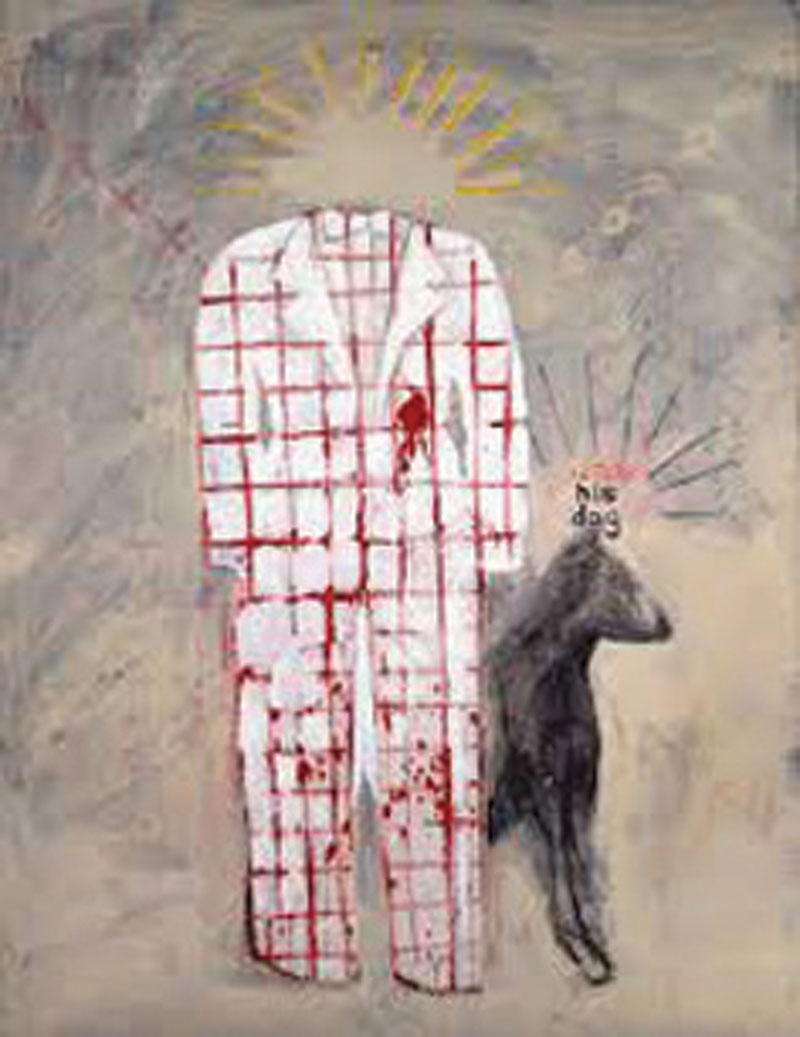 All the while he continued to paint and search for new surfaces to paint on: pony skin, tarpaulin, velvet, used Kabuki theater backgrounds. The sizes remained monumental, but the painting took on a Neo-Abstract Expressionist feel, reminiscent of Basquiat or even Robert Rauschenberg. He painted with brushes and rollers and mops on wildly extended poles. He would soak a large piece of fabric in paint, run with it toward the canvas, and hurl it with a mighty push, splat! I especially love his “Goodbye, Mike Kelley,” an homage to the late Ann Arbor artist. He didn’t just paint on surfaces, he said, he impregnated them. And to good effect.  The money kept coming in, with some of his pieces commanding seven figures. And he branched out. In 1987 he published an autobiography, “CVJ: Nicknames of Maitre D’s & Other Excerpts From Life” (Random House). In 1995 he released an album, “Every Silver Lining Has a Cloud” (Island Records). And he directed films. His 1996 “Basquiat,” was a biopic about the late artist, with Dennis Hopper, David Bowie as Andy Warhol, and Gary Oldman as Schnabel.  “Before Night Falls” (2000) had Johnny Depp and starred Javier Bardem in his breakout role.  “The Diving Bell and the Butterfly” earned Schnabel best director awards at Cannes and the Golden Globes. “Lou Reed’s Berlin” (2007) was a live concert he filmed for his best friend, the immortal Lou Reed. His 2010 “Miral” won critical acclaim. But he considers himself above all a painter, and he continues to paint, as you will see with great delight at the UMMA.