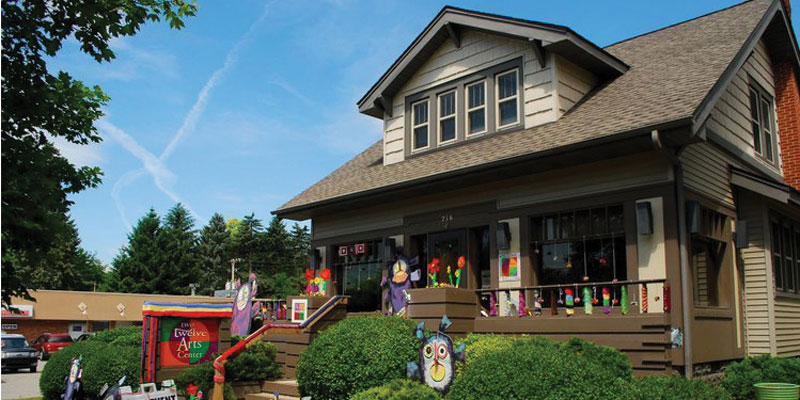 Bummer. After a glorious 10-year run, Saline’s Two Twelve Arts Center is closing at the end of this month. It’s a blow to the 30 art instructors and the many hundreds of students, of all ages, who have put their hearts and souls into it. It’s a blow to all art lovers in Ann Arbor and surrounding towns. It’s certainly a blow to Margie Bovee, the founder and director of this beloved project.

But what a run they’ve had! The Two Twelve was quickly a beloved part of the entire community.  Part gallery, part school, part meeting and networking hub, the Center appeared to be thriving. In 2009, Margie was awarded Saline’s Citizen to the Year award. 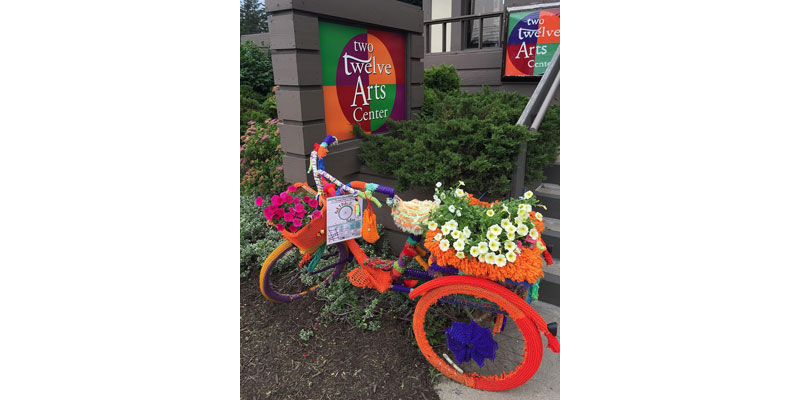 Artists certainly loved it.  The Center, a nonprofit, did not take commissions from their art sales.  The 10 Year Anniversary Retrospective Show last May went off without a hitch. The current August “Artist of the Month” exhibit Observations is going strong, featuring the enthralling watercolor landscapes of Valerie Mann, painted en plein air in Nebraska (tall grasses), Indiana (lakeshore) and Saline (farmscapes). Today there looms over the Center a soupçon of pall, a cloud without a silver lining.
Looking back

Still, we look back not as pallbearers, but as fond witnesses to the loving, exciting memories of all those who were touched by this remarkable creative enterprise. There were the classes, ceramics on the wheel or handbuilt, the drawing and painting, fiber art, jewelry and my favorite, the monthly “Brushes and Brew classes,” held at the Salt Springs Brewery. (The brewery itself is more than worth a trip anytime, located in a 116 year-old former church with massive original stained glass intact, and excellent fresh-brewed beers on tap. It’s named after the local salt licks from which Saline got its name.) The Center’s kids camps and workshops were legendary, teaching the same curriculum as for adults, but geared to the learning capabilities and motivations of pre-adolescents. I loved the performances of the “From Around Here” theater group, an outgrowth of a Two Twelve writing group and a natural for Bovee, given her background.

The Center was active in the major community scenes: the Saline Music Series, Summerfest, the Celtic Festival, Octoberfest and art installations around town. In short, there was always a how-do-they-do-it? patina over everything happening at the Center.  How they did it, of course, was that they were independently funded and didn’t have to turn a profit. Like all businesses, the art business is a very tough one and a number of worthy local art galleries have folded over the last few years, including the Chelsea Gallery, Saline’s Serendipity Studio and Dexter’s Daisy Lake Gallery.  One solution is to form a commune of artists who share gallery space and expenses and duties.  But that’s not foolproof, either; just look at Ann Arbors’ Clay Gallery, closed recently after decades of growing concern.

Of course, some artist co-ops are going stronger than ever.  Just look at Ann Arbor’s WSG Gallery, voted best gallery in Washtenaw County.  (By a spooky coincidence WSG’s August exhibition, The Gun Show, running through September 10, showcases the same Valerie Mann’s latest medium: evening gowns and handbags with life-size images of firearms to remind us of American massacres and mass shootings.)  R.I.P. Two Twelve. We hope and pray that you’ll be reborn some day, somehow, some way.