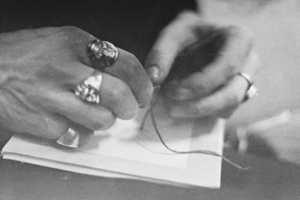 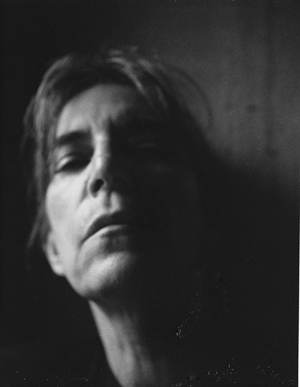 Patti Smith is an iconic New York triple threat. Called the "Godmother of Punk," her rock career is legendary, beginning with Horses in 1975 and still going strong with the release of her 11th studio album, Banga, this month. The amazing 2008 film Dream of Life chronicles 10 years of her life as poetess, philosopher and performer. Her book Just Kids won the National Book Award for non-fiction in 2010, recounting her long and transcendental relationship with the photographer Robert Mapplethorpe. Now we can see that she is a remarkable photographer herself in an exhibition called Patti Smith: Camera Solo. It opens at the Detroit Institute of Arts on Friday, June 1, running through August.  The show comprises 70 black and white gelatin prints of the artists, poets, authors, family and friends – people just like us! – from whom she draws inspiration. This is the first American museum exhibition of her work. But wait, there’s more! In the evening of June 1, Ms. Smith will be performing live at the Detroit Film Theater inside the DIA with her son Jackson Smith on guitar, daughter Jesse Smith on piano and other Detroit-based musicians. The kids’ father, in case you’ve forgotten, was the immortal Fred “Sonic” Smith of the proto-punk MC5, so expect to have the jams kicked out. It’s a two-hour show with intermission, and is billed as “all ages.” Thank goodness: I was denied admission to a concert recently for being too damn old.  313.833.7900. 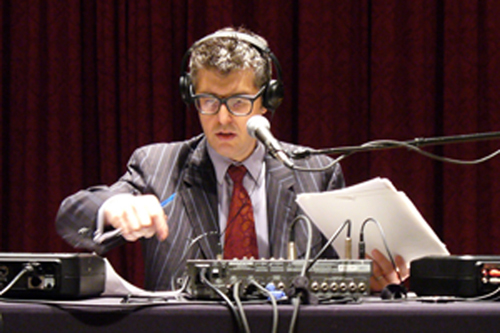 June in this town is synonymous with the Ann Arbor Summer Festival. On June 5 at the Power Center is Feist, the Canadian singer/performance artist. I wrote about her in last month’s column to give readers and fans a heads up and you can read it again at ecurrent.com. Two more art performances are on this month’s bill. On Saturday, June 23 at the Power Center is Ira Glass in Reinventing Radio: An Evening with Ira Glass, and on Thursday the 28th at the Michigan Theater is the Moth Mainstage in Under the Influence: Stories that Shape and Shake Us. As public radio junkies know, Ira Glass is the creator and host of This American Life, which airs on 500 stations across America and reaches 1.8 million listeners.  We can hear it on WUOM (91.7 FM) on Saturdays at 1 pm and Sundays at 3pm, and on WDET (101.9 FM) on Friday evenings at 7 and Sunday mornings at 8. You can’t get away from the guy, especially if your wife is a big fan, like mine!  This American Life consists of true stories about regular people, with a new theme each week. One week might be stories about people struggling to follow the 10 Commandments, the next might be stories of people who can’t stop sabotaging their lives. What makes the stories interesting is what makes any story interesting: they are intensely personal. That, after all, is what we all have in common. Last month there was a live show at a theater in New York City that was beamed to 500 movie theaters across the United States and Canada. In January a movie about the show debuted at the Sundance Film Festival. I loved the special in which Ira interviewed his cousin, the composer Philip Glass. On stage at the Power Center, Mr. Glass will, before our very eyes, put together a show complete with mixing of pre-taped music, interviews and his narration.  He will also discuss what makes a compelling story, how they find the stories they tell, and how the show pushes the limits of journalism and narrative. And he will replay excerpts of the funniest and most memorable programs. www.thisamericanlife.org.

The Wall Street Journal called The Moth “New York’s hottest literary phenomenon.”  Technically it is a non-profit organization dedicated to the art of storytelling, but in practice it is simply a format: 10-minute stories told without notes. That’s it. At the Michigan Theater on Thursday, June 28 as part of Ann Arbor Summer Festival there will be local and national storytellers and the show will be recorded for later broadcast as a segment of the Moth Radio Hour, a public radio feature on 200 stations and a million downloads each week. Local versions have been staged at the Cavern Club to capacity crowds and the Moth was a sellout at last year’s Summerfest, so act now.  $35. www.Annarborsummerfestival.orghttps://www.Annarborsummerfestival.org