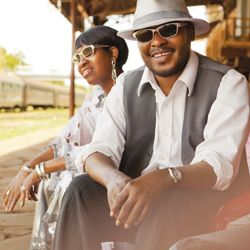 There’s really nothing like the Ann Arbor Summer Festival. I don’t know how executive and artistic director, impresario extraordinaire Robb Woulfe, does it. This three-week, all-ages party is in its 30th season and it’s still getting better. For kiddies, for example, is David Zinn, who makes mind-blowing chalk drawings on the sidewalks all around the Top of the Park. In the KidZone Tent, extreme face painting. It’s way better than any tattoo, and may be an antidote. For grandparents and others over 21 is the Beverage Garden. I’m looking forward to Tasting Tuesdays and advanced courses in brewing. Each week offers endless flights from a featured brewery: Right Brain Brewery of Traverse City, New Belgium Brewing of Boulder, CO, and Saugatuck Brewery in saucy Saugatuck. And don’t forget Wind Down Wednesdays. One Wednesday will feature bottomless tastes of Spanish wines, the next will have organic vinos from Italy, and finally, a taste-off of California vs. Michigan wines. That’s the kind of educational experience that Ann Arbor is famous for. Mark your calendars now for Amadou and Mariam on Tuesday, July 2 at the Power Center. These blind, Malian Afro-blues artists are the rage in Paris and for good reason. And while you're in the Power Center, check out the amazing four-by-six-foot photos of last year’s fest by Myra Klarman. I proclaimed Ms. Klarman Ann Arbor’s Photographer Laurate three years ago and now she’s the festival’s official photographer. Google Ann Arbor Summer Festival for details on the more than 100 events.

The Nichols Arboretum is always great, but June is my favorite month to enjoy amazing landscape architecture. When I was in school I thought the Arb was just for throwing Frisbees and soaking in rays. But over the years the 123 acres has been lovingly molded and reworked, and is now the coolest nature walk in town, with over 500 wood plant species, a 10-acre prairie, a huge lilac collection, more than a mile of frontage on the Huron River, and don’t forget the 180-foot drop from the Geddes entrance to the river itself. Micro-habitats include the Appalachian Glen and the Magnolia Cove.

The best thing in June, though, is the Peony Garden just inside the Washington Heights entrance next to Mary Markley Hall. A national treasure, it is the largest collection of antique and heirloom peonies in North America. It is in its most glorious bloom between early and mid-June and the fragrance hits you before you enter the gate. The 230 different kinds of peonies are the result of a gift from the Dr. William E. Upjohn family in 1923. Think pharmaceuticals. Local lore has it that the good doctor was interested in the medicinal value of the flowers. And he didn’t even have to have a bill passed to make them legal. The garden was designed by the Arb’s director at the time, Aubrey Tealdi, and it opened to the public in 1927. This month it is the most romantic spot in town. A loaf of bread and some cheese from Zingerman’s, a jug of wine or two from Village Corner, and thou. The Arb is open every day from 8am-dusk.

The University of Michigan Museum of Art has been named one of six university art museums to be featured in Google’s new and very exciting digital Google Art Project, making available the world’s finest works of art in super-high quality images in a massive digital archive, at no cost to the public. It really is a great step in the democratization of culture: art, archives, heritage sites, and much more. Cheers, Google and UMMA.