The Ann Arbor Potters Guild is Fired Up 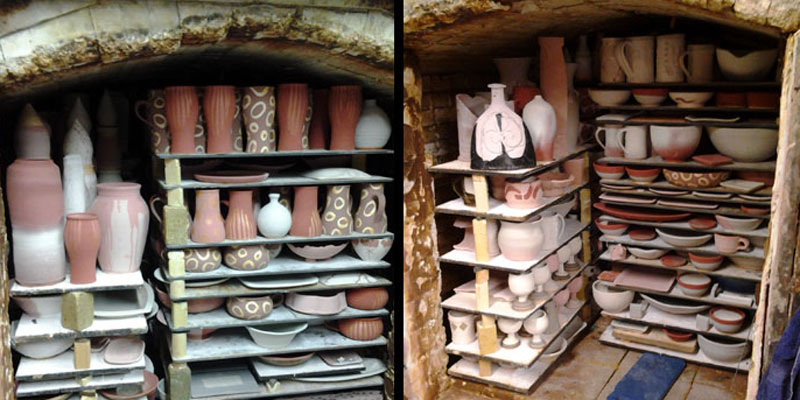 The Ann Arbor Potters Guild is a private, cooperative non-profit organization devoted to the love and creation of pottery.  The oldest potters guild in Michigan and one of the oldest in America, it hasbeen in existence for more than 65 years and is stronger than ever.  The Guild stands on central campus, at 201 Hill St.  But it’s set back a bit, and I’ll bet a million pedestrians have walked past it without even knowing that it was there (I’m counting football games). 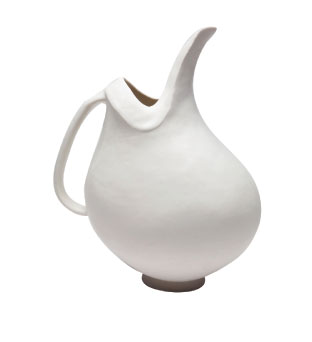 The Potters Guild is a guild in the mold of the sacred craft-guilds of the Renaissance. It is private and there is an application process, though not an initiation. It’s not a secret society, but founding fathers and mothers trace back to 1949, including original Director, Harriet Waite, who wore purple velvet pants before women were wearing pants at all. And Guilia Sunblad, who sported jodhpurs for the same reason.  One of the first meetings in 1950 was to decide whether to ever admit a new member: now that’s exclusive! Above all there is the transmission of ancient knowledge: the knowledge of the kiln and ultimately of fire itself. A lump of clay transformed into a vessel.

For more than five decades the Guild had been using kilns built by the mythical early, and now oldest, member, J.T. Abernathy, now in his 90s. With the generous encouragement of the Michigan Council of Arts and Cultural Affairs, the Guild has recently acquired and installed two new state-of-the-art, computer-operated Bailey natural gas-fired kilns.  The new kilns are more energy efficient and easier to use, especially because bricks don’t have to be stacked and unstacked across the front of the kiln, and can be computer-fired and timed instead of hands-on-knobs.

This massive transition was helmed by the Kiln Chair, Autumn Aslakson.  The hardest part was to remove the old kilns and the replace the old vents, chimneys, doors, pipes, nozzles, gas meters, shelving, wiring, lighting.  But the whole point is that the members share equally in all the work.  There is a strictly enforced system by which a member earns fire-points by doing kiln related work and thereby earns kiln-time for his or her own art.  And they all share in making the clay and glazes, maintaining the equipment, and beginning the day’s various firings.  All equipment is shared, all kiln space is earned by labor and all members openly share their knowledge and experience with one another.  Now that’s a Guild!

If you don’t have enough expertise to qualify as a member, you can start by taking a class or two.  Fourteen-week classes of 14 students are offered twice a year, Fall or Winter, one evening a week for three hours.  Students can also work in the studios for up to 21 hours a week.  With enough expertise the student can apply to be a two-year Adjunct Member, the first year as an Intern, the second as a Resident, all the while with access to the facilities.  The Guild has two major sales at the studio every year.  Mark your calendar: the next show is June 4-5, 10am to 5pm.

The range of work by the Guild’s artists includes functional pottery, sculpture, tile and wearable art, using the firing techniques of fire oxidation, raku, smoke firing and high fire reduction.  Members show their work in galleries, in town and throughout the United States and the Guild has been represented at the Ann Arbor Street Fair since its inception in 1959.  I’ve been following Member Kate Tremmel and her 30-year career with great interest in the evolution of her porcelain-like decorative arts.  It may be the end of an era, but I can’t wait to see how the Guild’s new kilns are going to change the future work of all the remarkable artists of the Ann Arbor Potters Guild.