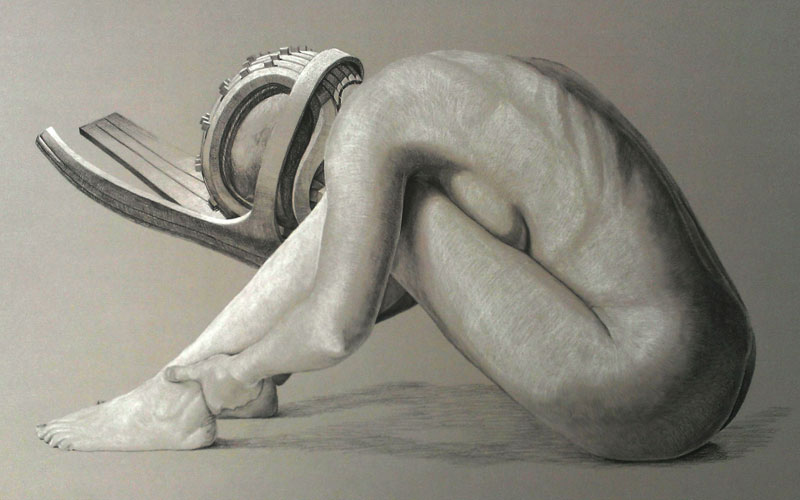 The Eastern Michigan University Art Department is helmed by Executive Secretary, Phyllis Mason. Ms. Mason has her Bachelor of Fine Art degree from Eastern and she couldn’t be more apropos. The department’s academic focus is not only on classwork and studio work, but on gallery work as well.

The Art Department’s Gallery Programs Director is the redoubtable Gregory Tom. Greg was the Director of Exhibitions, Programs, and Development of the already legendary Museum of Contemporary Art Detroit. He received his Master of Fine Art degree from Cranbrook Academy  in ceramics and his work is in the permanent collections of the Detroit Institute of Arts, the Cranbrook Art Museum, and many other public and private institutions.

There are three major art venues on campus. EMU’s lovely Student Center houses the University Gallery and the Intermedia Gallery Group Art Space. In stately Ford Hall is the Ford Gallery. This month, two major shows  open at the Ford: the Annual Juried Student Show and the Annual Faculty Exhibition.

The juror of this year’s student (undergraduate) show is the super-dynamic one-woman art force Andrea Cardinal. Cardinal has a BA in art history, a BFA in graphic design from the University of Michigan, and an MFA in 2D design from Cranbrook. She teaches art and design at Eastern and UM and she owns and runs the Tooth & Rag freelance design company in Detroit.

But as a juror she has her work cut out for her: choosing among dozens of EMU students (the show is open to all students, not just art majors) and doling out cash prizes and department scholarships. The competition is fierce, but three student-artists stand out to me, maybe because I’m a sucker for artists who can draw:  Helen Vachon, Jeremy Walbridge, and Emily Weir.  Helen Vachon knew she was going to be an artist when she was three. After eight years of working primarily in ceramics she shifted her focus to figure drawing and the human form. As Vice President of the Intermedia Gallery Group she curates shows, installs work, and problem solves to make sure the shows go on.

Jeremy Walbridge is known for his recent forays into 3D printing but his primary art output is drawing. He rebels against the tendency to make a drawing something it isn’t. For him it is notation, spontaneity, tangible thought, a visual history of decision making. Jeremy is something of a perfectionist with an emphasis on technical rendering independent of narrative or theme. He wants to pique viewer questions (think Mona Lisa). He has had a great time at EMU and appreciates the faculty for promoting interdisciplinary work within the art department, the tight teacher to student ratio, and the very personalized studio environment. This year he was represented at the highly competitive “Rites of Passage” show in Cincinnati and Hokin Gallery’s “Hybrid Forms & Interdisciplinary Practice” in Chicago.

Emily Weir grew up in Ann Arbor and is now a proud homeowner in Ypsilanti. Her current work is screen-printing on hand dyed fabric, but her heart is in gallery and curatorial practices. It’s little wonder that she is President of the IGG, spending much of her time installing and de-installing exhibitions, promoting the art school and individual artists, coordinating joint events with a variety of organizations (most recently she collaborated with the Cranbrook Museum of Art). After her academic studies she hopes to start an artists’ collective and gallery; no doubt she will succeed in spades.

I’ll be looking for Professor Margaret Davis’ portraits and figurative paintings.
I’m a sucker for artists who can paint.