Chelsea Morning, Noon and Night. Wow, what a winter. It made me yearn for global warming. But now the flowers and birds are heralding a vibrant art scene, and we begin in charming nearby Chelsea at the indefatigable Chelsea River Gallery. “Saving Daniel Rhodes” runs from May 10 to June 7, with a gala reception on May 10 from 5 to 8pm. I love gala receptions–don’t you?–especially when they’re free and open to the public. It’s a brilliant, can’t-miss date for students and townies alike. And Chelsea Gallery always does it up right. The exhibition itself comprises over 100 works by the iconic Daniel Rhodes, one of the most influential American ceramic artists of the 20th century. The works are available to collectors and museums, meaning you can buy them, and some of the prices are reasonable, from a few hundred dollars up to $10,000. The artist won’t be there, of course. He died in 1989 at age 78. But his memory lives on in his books, his students, and as you will see, in his timeless oeuvre. 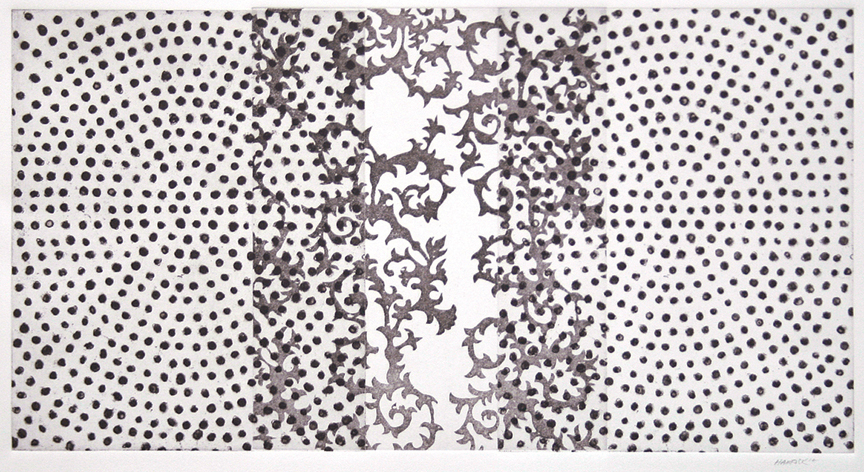 Rhodes was born in Iowa and studied painting under Grant Wood, who you know even if you don’t know him for his “American Gothic.” During the Depression Rhodes completed murals for the Works Progress Administration. Later he taught at Stanford, the San Francisco Art Institute and for 26 years at Alfred University in New York. He was awarded a Fulbright Fellowship and lived in Japan in the early 60s. His work is in the permanent collections of the Victoria and Albert Museum, the National Museum of Modern Art, Kyoto, the Smithsonian Institution, and many others. The show is called “Saving Daniel Rhodes” in the “Saving Private Ryan” sense; that is, rescuing. Last year the River Gallery was informed that a trove of Rhodes’s work was in a basement in a building in Pontiac that was about to be foreclosed. They rescued the whole lot, including ceramics, paintings, drawings, photographs and sketchbooks. And the proceeds of this exhibit are going to their neighbors, the Purple Rose Theater. 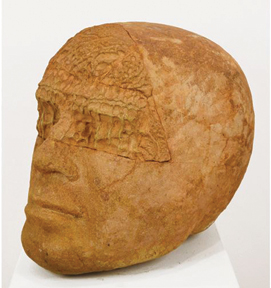 Take me to the river

The River girls are everywhere. They sponsored the Ann Arbor Film Festival last month, and now through May 23 in the spectacular Rackham Building they are presenting “Everywoman” a visual arts display – paintings, drawings, photographs, textiles and mosaics – in celebration of the 50th anniversary of the Center for the Education of Women. Keep up the good work, River

More gala openings. On May 16 from 6 to 8pm the Ann Arbor Art Center ( AAAC ) is holding a reception for its new exhibition, “The Print 2014.” It will feature several artists who have each taken printmaking to cutting edge levels. This is the 32nd annual print show, and the AAAC knows what it’s doing. The juror is Amanda Lilleston, a print media artist living and working in Ann Arbor. She earned her Masters in Fine Art degree from the University of Michigan, and her work is now widely exhibited throughout North America. Also, for those aspiring artists getting going professionally, look into the Center’s “Art of the Approach” seminars. They are held monthly by Amy Cameron, the Center’s Gallery Shop Director. The workshops include an hour and a half lecture, a half-hour for Q&A and a 15 minute portfolio review session, all to help prepare you for approaching galleries and shops to sell or exhibit your artwork. Topics include presenting a consistent body of work, photography, web presence, developing a brand and communication etiquette, whatever the hell that is!