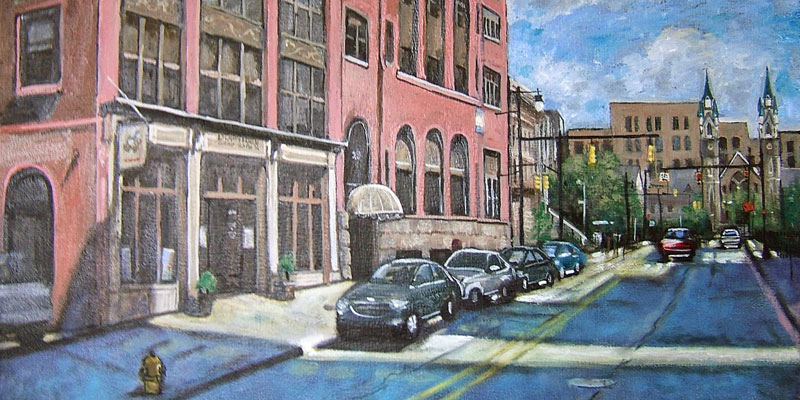 Carlye Crisler is an Ann Arbor-based artist who has flourished in various media over the past 40 years. Art lovers can see her work at this month’s Ann Arbor Art Fair, where she has been showing for decades.

Crisler grew up in the Bucktown section of Chicago, which has been ultra-cool for a long time, but she describes it as a Polish-Puerto Rican poor working class neighborhood. She fondly remembers Pulaski Grammar School and her wonderful teachers. She thinks back wistfully about Holstein Park where all the kids spent the summers in the pool and the winters ice-skating. “It was an idyllic time even though our home life wasn’t,” she muses. “Father wasn’t there and Mom worked full-time and I filled in as the responsible one, raising my sister.”

She remembers always being artistic, but being surprised that anyone else thought so.  She thinks maybe the attention that her work brought was what motivated her to pursue her life’s course. Conscious of education, she chose to attend a Catholic girls school which she loved, especially her teachers. She graduated at the top of her class, but “didn’t know how to apply for a scholarship.” Because they didn’t offer student loans like they do now, she enrolled close to home at the University of Illinois, Circle Campus downtown. Then it was marriage and five years of full time work for an advertising company while her husband went to boot camp in preparation for the Vietnam War (remember that?). “We were a young couple barely making it.  Then my husband got a job in Jackson, Michigan.” 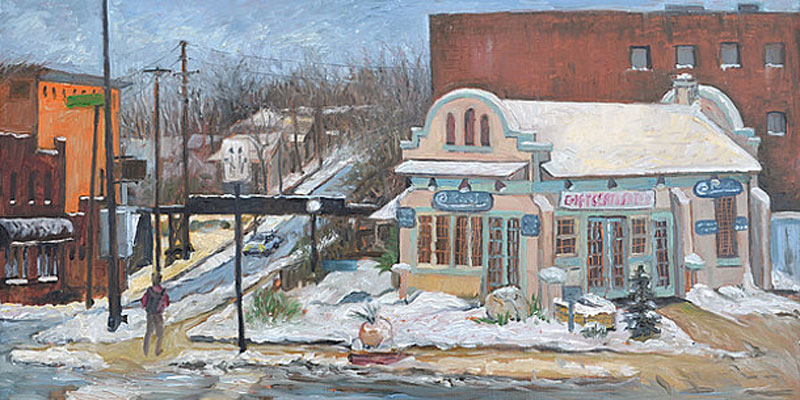 Carlye transferred her credits to the University of Michigan, and commuted for two years.  “Finally!” she laughs. “It took me 11 years to get my bachelor’s.” But at the same time she was
getting divorced and meeting her second husband. Her professional breakthrough came when the legendary Susan Froelick gave her a show at the Ann Arbor Art Association. She was doing large-scale (44×30) figurative pastel paintings which led to a job as a costumer at the university’s graduate theater department. She remembers that time as, “very hectic. It sucked up all your time for very little pay.”

So she decided to begin showcasing her work at art fairs. “My large scale figuratives became commissioned portraits of a unique type. I did hundreds of them over the next twenty years.”  This was the period, thirty years ago, when I first encountered her work. Carlye not only did her commissioned portraits, but photographed them to make smaller (30×22) “photoposters” that she would sell to the public at art fairs. Some friends had bought several of these and they were so striking and beautiful – portraits, but with the subjects in wildly colorful theatrical costumes – that I looked Carlye up to buy a bunch as Christmas gifts.

You had to have been there when the photoposters were revealed that Christmas morning.  The stunned silence, mouths agape, blank stares, hemming, hawing, oh, uh…. It was at that moment that I fully appreciated that, given the broad spectrum of taste, art is a very difficult thing to give as a gift. Fortunately, Carlye let me trade back the photoposters as a down payment for a portrait of my own. Guests in my home now marvel at that gorgeous portrait and inevitably make comments like, “Is that you?” I guess things change over 30 years. I remember coming to Carlye’s house in Ann Arbor for the sitting.  What I remember most was that it had been the house of her father-in-law, Fritz Crisler. Yes, Fritz Crisler, the greatest coach in the history of Michigan football. He invented things, like the “two platoon system,” in which one group of players played offense and another played defense. But Carlye didn’t want to talk about him much. 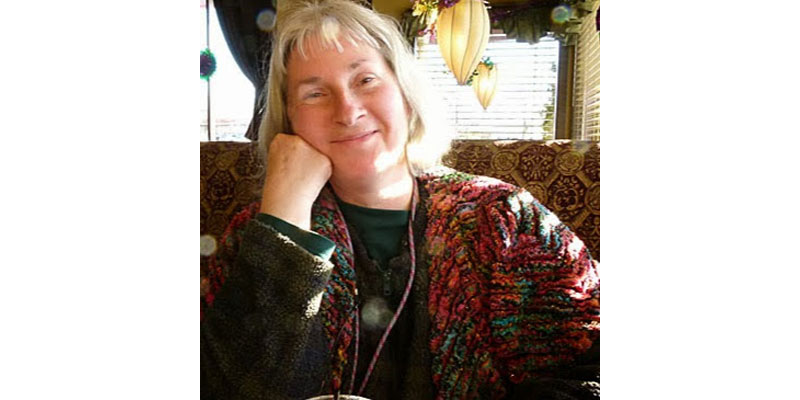 Carlye eventually tired of portraiture and went through several new periods. She made dolls and sewed wardrobes of costumes for them. She discovered and excelled at welding steel sculptures. She took several years off to care for her ailing husband. Now she’s back and has become a world leader in the revitalized en plein air (outdoor) painting movement. Last year she travelled to Arles, France, “To paint on location with Van Gogh,” she jokes. Just this spring she was taken for a tour of Cuba by Plein Air Magazine. Her new work is small by her
standards, (14×18), but she can park around the city in any kind of weather and paint the town from her car. The results are magnificent, impressionistic, colorful, personal, and the thing that strikes me most is that you can look at a canvas and immediately know where it is in Ann Arbor.

Her work is featured regularly at the WSG Gallery and at the exciting new Chelsea’s Underground Gallery. During the newly extended Art Fair, July 21-24, Carlye’s Booth 240 is on Liberty between Main and Fourth. She’ll be delighted if you stop by and say hello, and you’ll be delighted, too.