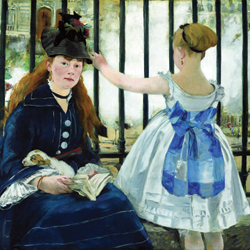 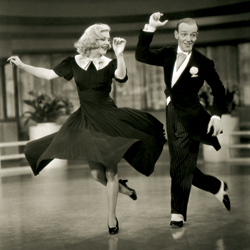 If your partner doesn’t dig 19th century French art, maybe he or she will come along for the spectacular TMA exhibition Made in Hollywood: Photographs from the John Kobal Foundation. More than 90 original vintage prints of the greatest stars and idols from 1920-1960 by 30 of the finest photographers of the era. Gods and goddesses like Gable and Garbo, Harlow and Hepburn, Marilyn Monroe, Cary Grant, Gloria Swanson and Gary Cooper, Bogart, Dietrich, Astaire and Rogers and Chaplin and Brando and many more. The traveling show was organized by the Santa Barbara Museum of Art. When it was at the National Portrait Gallery in London it brought in a record-setting number of visitors. This is its final stop. And it is fine art, not your father’s National Enquirer mockup.

I told you to mark your calendars months ago and now it’s here: The world’s first in-depth examination of Édouard Manet’s work as a portraitist.  When I say “here” I mean the Toledo Museum of Art, less than an hour away. The exhibition, Manet: Portraying Life, runs through January 1. It was co-organized by the TMA and the Royal Academy of Arts, London, where it will open at the end of January.  The show consists of more than 40 works of art from more than 25 of the world’s most prestigious museums.

As you know, Manet (1832-1883) was one of the most stylish, beloved and influential Western European painters, rightly called the father of Impressionism and indeed of Modern Art. Not technically an Impressionist himself (he began as a Realist and always sought to exhibit in the academically jurored Salon) he was a personal friend and elder contemporary of Degas, Monet, Renoir, Cézanne – all the biggies! His later work ushered in the Impressionist style: painting that creates an impression on the viewer’s eye rather than recreating the subject like a photograph. From a distance it looks very real, while a photograph begins to blur. Now regarded as the most popular style of painting among the American public, Impressionism is characterized by visible brushstrokes, emphasis on light and movement, and prosaic subject matter.  Whereas academic painting had trended to Biblical, epic, historic, allegorical and mythological themes, the Impressionists documented contemporary modern life, its routines and familiar settings in private and public, in the home and in the streets, in the city and country.

Painting everyday life
Manet came from an influential family. He never had to seek commissions and could afford to paint his family, friends, favored models and those with shared political values, like the future Prime Minister, Georges Clémenceau. He became friends with the leading Parisian men of letters, including poets Baudelaire and Mallarmé.  Monet, Proust and Zola were pallbearers at his funeral. (Aside: By chance I came across Manet’s grave with its handsome bronze bust on a stately column in the charming Passy Cemetery near the Trocadero.) At a time when the public confused Manet with Monet, Zola published in 1866 “A New Style of Painting:  M. Édouard Manet” which eased Manet’s acceptance into the Salon and immortality.  (Another aside:  I happened upon the exhibition “Bonjour Monsieur Manet” at the Pompidou Center in 1983, a sweeping review of Manet’s oeuvre. But as an examination of his portraiture, the TMA has that beat. And this is the exclusive U.S. venue.)

And there’s more! A parallel exhibit complementing “Manet: Portraying Life” is “Prints and Authors from the Time of Manet.” It comprises 120 books, photographs, prints and graphic arts from the same era by the most prominent artists of the period, including Corot, Renoir, Whistler and Manet, himself. This is not strictly portraiture, but a general survey of that art world including landscapes, nature and political works. You can see how the invention of photography, so perfect and exact in its way, spurred the movement to Impressionism. And you will get a vital political-contextual perspective, given that in those same years as our Civil War, France was experiencing warfare from within and without that led the leading artists to fight or flee the country. The show runs through January 20.