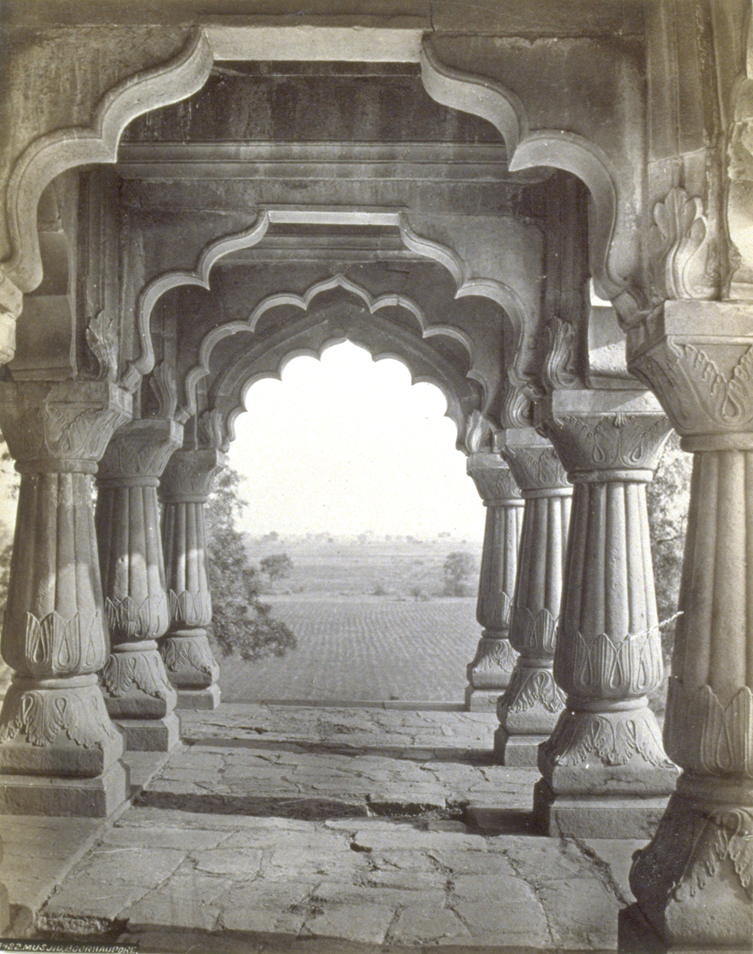 Through June 29, The University of Michigan Museum of Art features another one of its nonpareil exhibitions that is as interesting to historians as it is to art lovers:  “An Eye On the Empire.”

The Empire, of course, was the British Empire, over which the sun never set. The jewel in the Empire’s crown, was India.

This show is devoted to the photographic documentation of the British experience in India and Egypt in the late 19th century, an era that witnessed both the epitome of Victorian grandeur and the emergence of photography, its technical and artistic aspects.

The land and culture of India has always seduced its conquerors. For two centuries the Moguls, descendents of Genghis Kahn, lived in devotion to art and luxury, which became central to Indian consciousness, producing such marvels as the Taj Mahal. 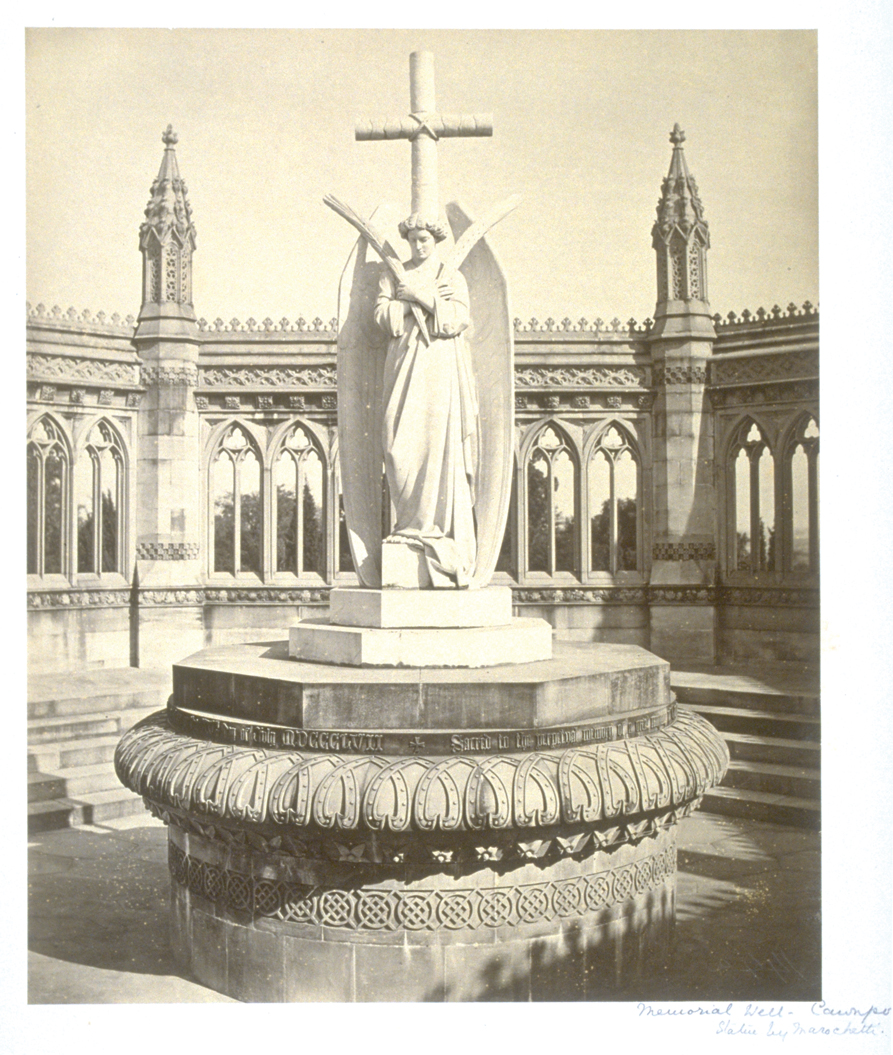 In the middle of the 18th century the British arrived, were hypnotized by what they found, and were no less amazed after subduing the entire continent within a few years. By the late 1800s – the years in which the exhibit is set –India was crisscrossed by railroads, governed by a Victorian civil service right out of Downton Abbey, and swarming with nouveau riche tourists hungry for a glimpse of living, breathing exotica.

And where there are tourists there are photographers. But the photographers were soon overwhelmed by the native architecture, flora, fauna and humanity and they set about capturing it with equipment and techniques that had existed for less than a decade. The results, as you will see, are dazzling.

For me, it’s not the Taj and other classics that we’ve seen a hundred times, but the more ancient Hindu structures that I never knew existed.

Two of the photographers featured in the show are Francis Frith and Samuel Bourne, each of whom established studios in England that are functioning to this day. Frith, who died in 1898, was most noted for his visual documentation of the Nile Valley. Bourne is most remembered for nearly 2,200 precise images of the terrain and architecture in India and the Himalayas taken from 1863 to 1870. They make our Civil War-era photos from the same years look rather pathetic. Bourne lived until 1912, just missing the Great War that led to the demise of his beloved Empire and way of life. 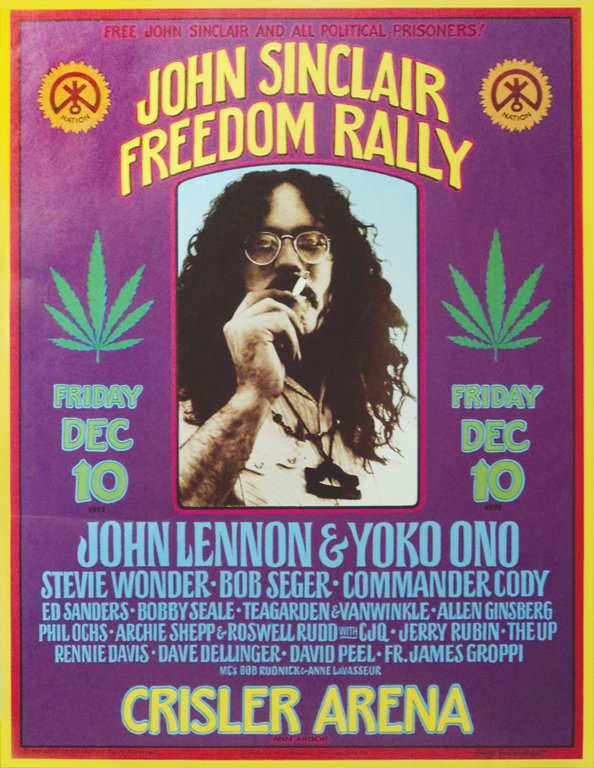 Not long ago Gary Grimshaw died, at 67, after a protracted illness. He was one of America’s most successful and beloved psychedelic rock poster and album cover artists, flourishing in the mid-to-late 1960s and 70s.

His work is enshrined in the Rock and Roll Hall of Fame and in the memories of a generation. The Detroit Free Press named him one of “Michigan’s 100 Greatest Artists of the 20th Century.”

Grimshaw grew up in downriver Detroit and was best high school buds with Rob Tyner and Wayne Kramer who would form the MC5 – remember them?

After a Navy gig in Vietnam he stopped in San Francisco and took in the psychedelic scene and aesthetic at the Fillmore Theater and Avalon Ballroom. Detroit’s answer to that scene was the Grande Ballroom. It had the MC5 as house band and Grimshaw as house poster (and light show) artist.

He did posters for the likes of Hendrix, Cream, Led Zeppelin, The Who, Pink Floyd, Canned Heat – all the biggies. I was at the Canned Heat show and one other one. I can’t remember who it was because I spent the night puking in the filthy men’s room after the guys who drove had me chug a bottle of Robitussin cough syrup to get “high.” Ah, misspent youth!

The MC5’s manager was John Sinclair. He formed the White Panther Party, based in Ann Arbor, with Grimshaw as the Minister of Art.

In 1971 Sinclair was caught with two joints and sentenced to ten years in prison. Grimshaw did the iconic poster for the John Sinclair Freedom Rally at Crisler Arena.

Rest in peace, Grimshaw. And don’t forget to kick out the jams.